The world is a very busy place, and it's hard to stay on top of everything. Infoplease has got you covered. Here are the disaster news events you need to know so far for September 2021:

Natural Disasters Continue Around the World

Natural Disasters Continue Around the World 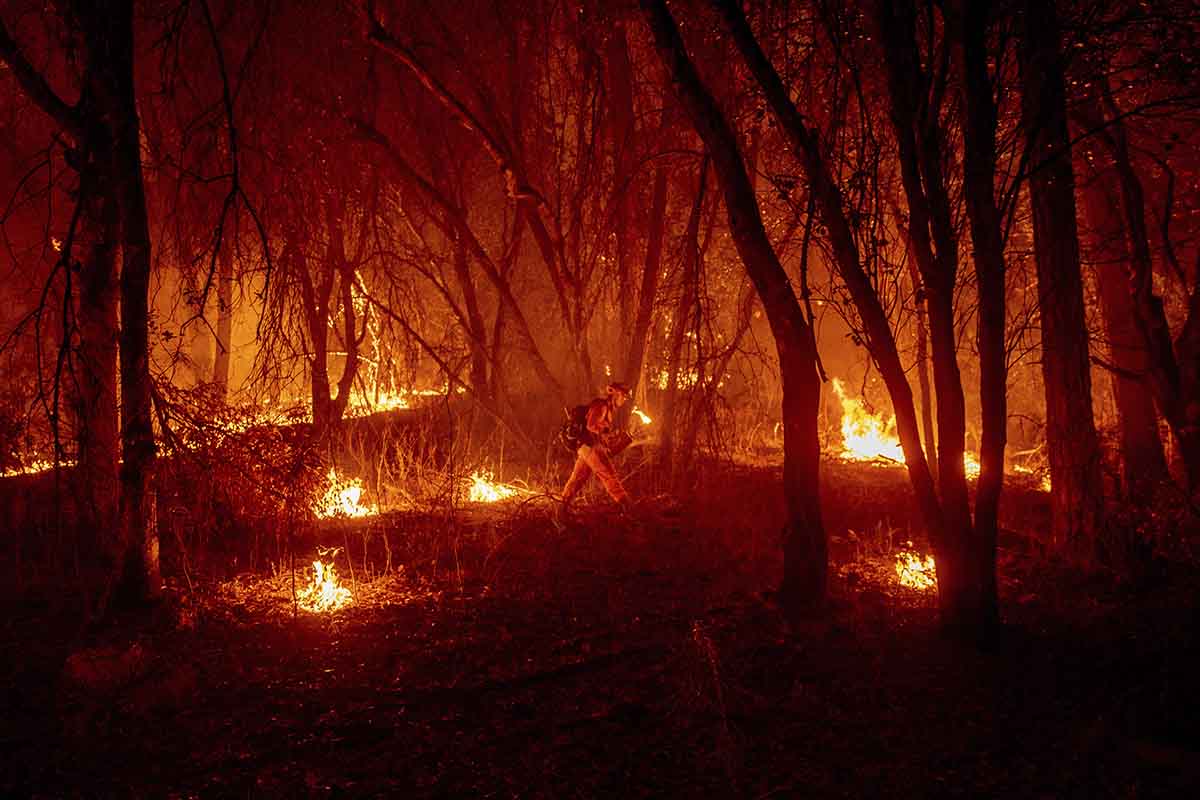 On Monday, September 27, at least one man was killed after a 6.5 magnitude earthquake struck Crete, Greece. The man died after a church dome, under renovation, fell on him. People could be seen running out of the building after the earthquake struck.[1] On Monday, September 27, authorities had to lock down a coastal area as the lava from the La Palma volcano approached the sea. If the lava touches the Atlantic Ocean, it may cause more explosions and release some toxic gas. Residents have been ordered to stay in their homes with doors and windows closed for the time being.[2] On Tuesday, September 28, a woman was charged with arson in connection to the Fawn Fire in California. The fire, which began September 22, burned nearly 8,500 acres and is only 65% contained. The woman was hiking in Canada when she stopped to boil some drinking water. She allegedly started the fire during this process.[3] On Thursday, September 30, it was reported that the Windy Fire in California has destroyed more than two dozen sequoia trees. At least 29 of the giant trees in Sequoia National Park have been destroyed, which is devastating since they’ve been around for thousands of years. These numbers are just early assessments, as experts continue to assess damage and attempt to protect the rest of the forest.[4]
Source: [1]BBC [2]CNN [3]CNN [4]CNN 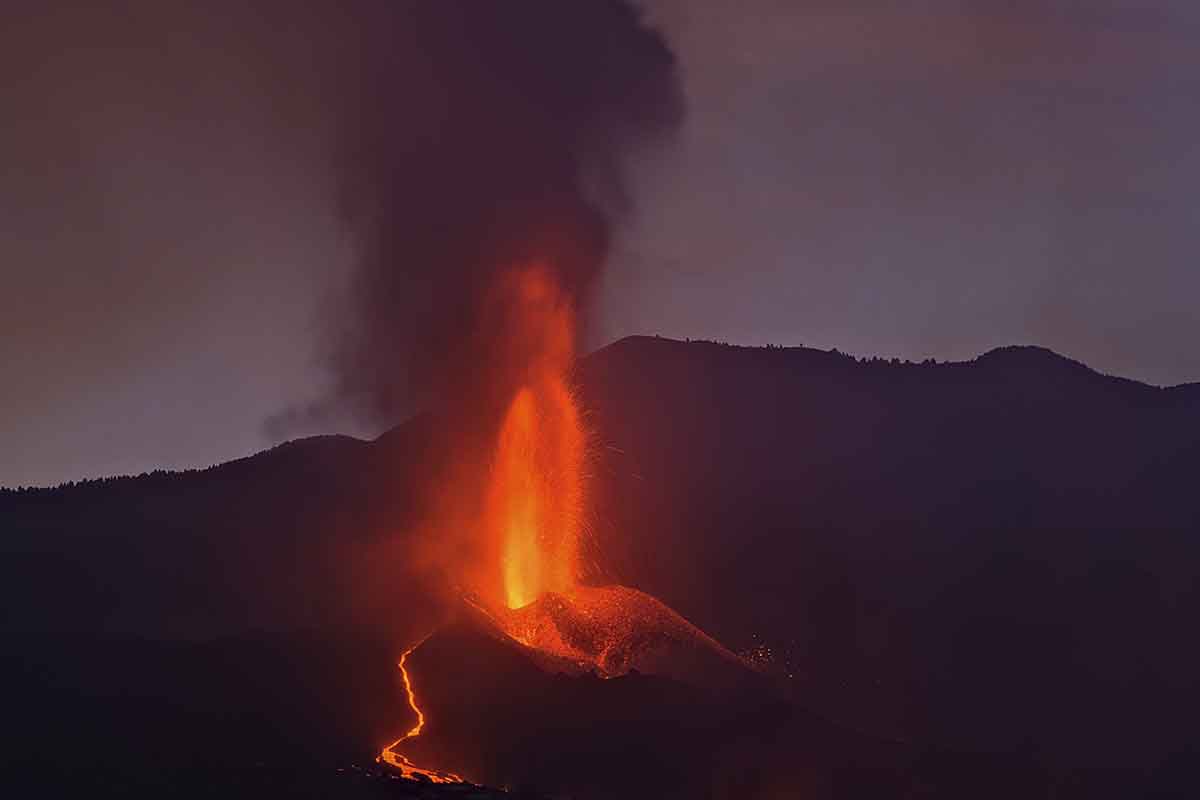 On Sunday, September 19, the 17th tropical storm of 2021, Tropical Storm Rose, began to form. The National Hurricane Center has said the storm is about 370 miles west of Cabo Verde Islands. Tropical Storm Peter was also reported to have gained some power over the weekend, now reaching winds as high as 45 mph. Rose, however, is not thought to be a threat to land.[1] On Monday, September 20, it was reported that the waters of Lake Tanganyika have begun overflowing due to floods in Burundi. In the past few years, more than 100,000 people in the area have been forced to flee their homes. The lake also runs through various other African countries.[2] On Monday, September 20, La Palma volcano on one of Spain’s Canary Islands erupted after several earthquakes were felt surrounding the area. The island has been on an eruption watch since the earthquakes were felt. People have been evacuated and areas have been closed off in preparation.[3] On Tuesday, September 21, lava spewed from the La Palma volcano, requiring more evacuations of the area. Upwards to 80,000 people have been forced to leave their homes. No fatalities and injuries have been reported, luckily.[4] On Wednesday, September 22, a magnitude 5.9 earthquake struck Melbourne, Australia. At least one building suffered damage and power lines have been disrupted. However, there is no tsunami threat at this time.[5] On Saturday, September 25, the La Palma airport closed as volcanic eruptions intensified. Many people were attempting to leave the island, but clouds of smoke prevented their evacuations. The volcano is spewing even more lava from an open valve and is expected to worsen. No fatalities have been reported, but firefighters have left the area to protect themselves for the time being.[6]
Source: [1]CNN [2]BBC [3]CNN [4]CNN [5]CNN [6]BBC 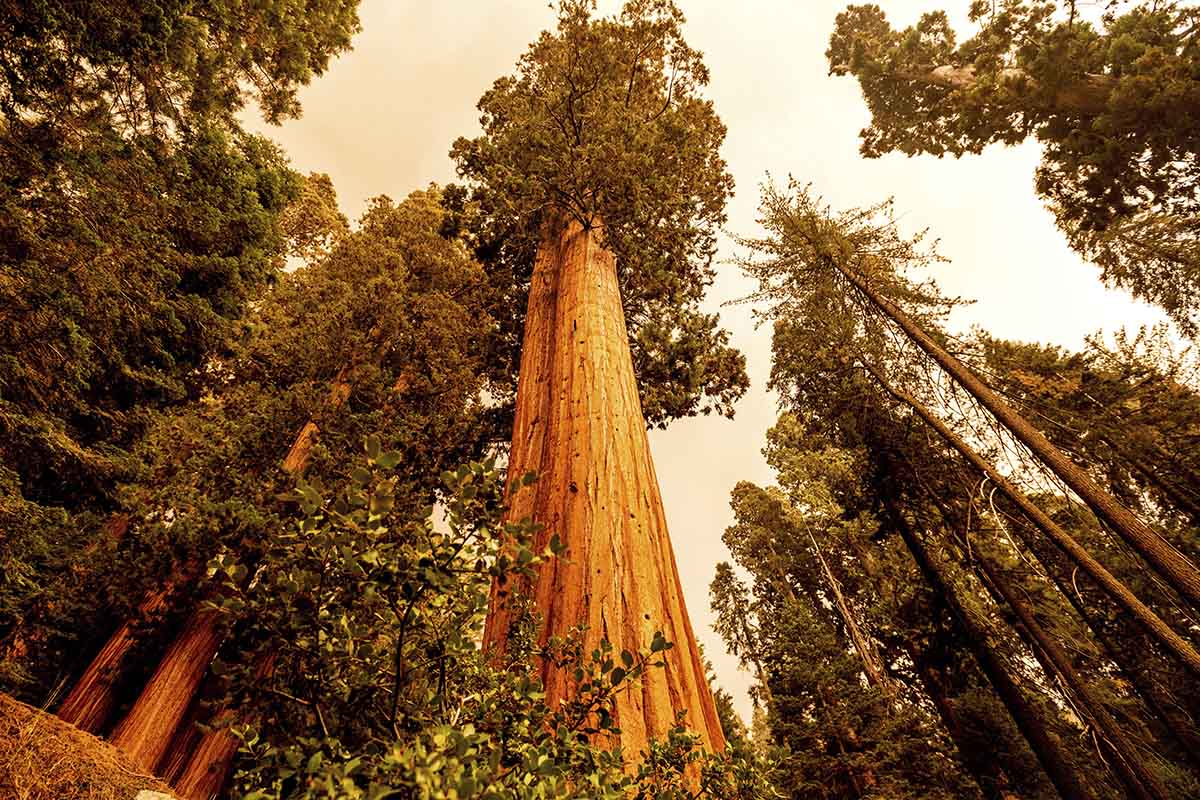 On Friday, September 17, firefighters in California worked to wrap fire-proof blankets around the ancient trees of Sequoia National Park. The fire is coming dangerously close to the Giant Forest, which houses some of the world’s biggest trees. Helicopters and water-dropping planes have also surrounded the area in an attempt to stop the fires before they hit the historical trees. Trees have also been wrapped in aluminum foil to add another layer of protection. More than 2.2 million acres have been scorched in California this year.[1] On Friday, September 17, California was hit with another blow as a 4.3 magnitude earthquake rattled the southern parts of the state. Luckily, no injuries or severe damages have been reported.[2]
Source: [1]CNN [2]

Fires and Hurricanes Continue to Ravage Areas with Snow Coming In

Fires and Hurricanes Continue to Ravage Areas with Snow Coming In 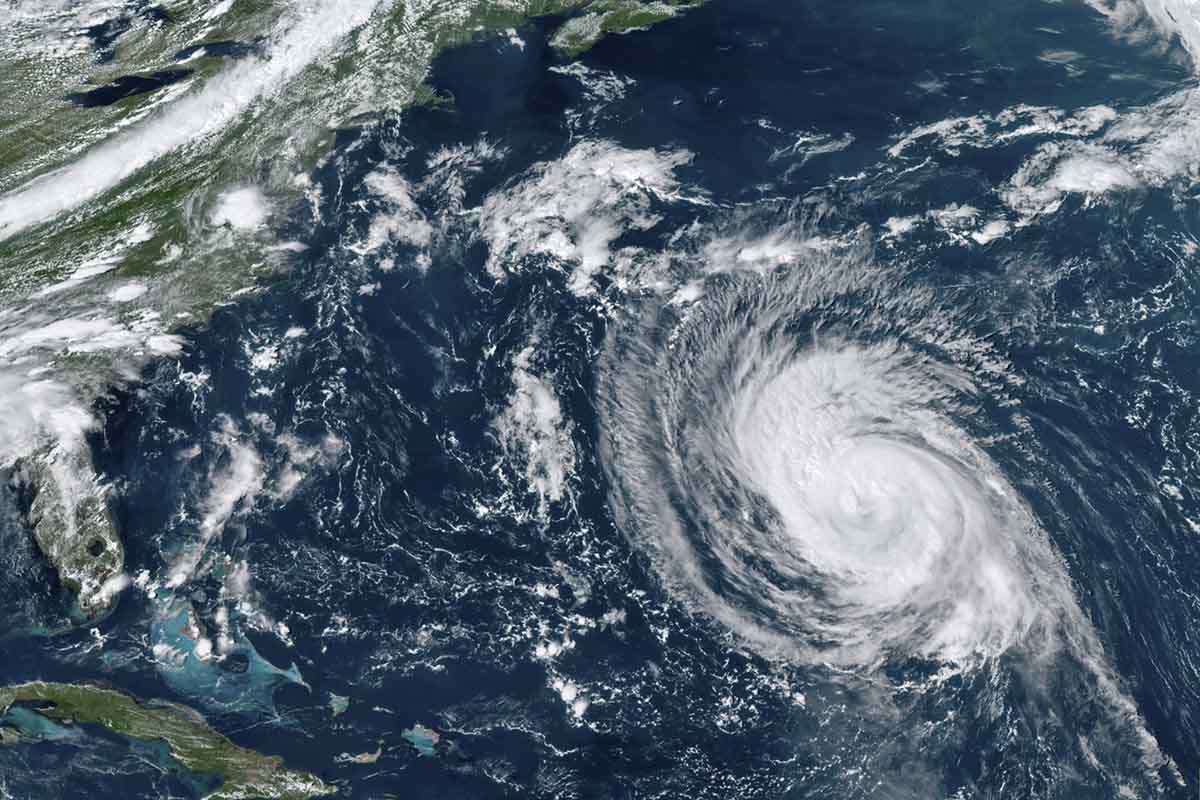 On Monday, September 6, officials reported that the Caldor Fire is under better control and Lake Tahoe may be safer than previously thought. Over the weekend, the fire only grew 842 acres, which is a much better number than the 100,000 acres it had burned early on. The fire is now 43% contained, and some evacuation orders have been lifted.[1] On Tuesday, September 7, at least 17 patients died after heavy rainfall caused a Mexico hospital to flood. The heavy rain caused a river in the Hidalgo state to overflow and burst, which cut out power to some of the surrounding areas that it also flooded. The hospital was able to evacuate 40 people, many of whom are Covid patients.[2] Later that night, a powerful earthquake struck parts of southwest Mexico. The quake caused shaking all the way to Mexico City and killed at least one person. Alarms could be heard around the area as the 7.0-magnitude earthquake struck.[3] On Wednesday, September 8, at least 41 people died and another eight were injured after a fire tore through an overcrowded prison block in Indonesia. The fire started in the prison and was quickly extinguished by firefighters before it was able to spread to other cell blocks. Authorities are still investigating the cause of the fire.[4] On Friday, September 10, a tornado swept through an Italian island, killing at least two people and injuring nine more, four of whom are in critical condition. The tornado also ripped roofs off homes and overturned cars. Helicopters have begun rescue missions, airlifting people out of Palermo.[5] On Friday, September 10, meteorologists reported that Hurricane Larry will bring a winter storm that could deliver feet of snow to Greenland over the next few days. While the strong winds expected to hit Greenland aren’t unusual, the snow will be.[6] On Friday, September 10, wildfire experts reported that over 100 birds have been submerged in oil in Louisiana due to Hurricane Ida. The oil spill is thought to have taken place at the end of August. Rescue missions for the birds are currently underway.[7] On Saturday, September 11, Super Typhoon Chanthu made landfall in the Philippines before heading towards Taiwan. The storm brought destructive winds and heavy rain to the area. Authorities have extended both land and sea warnings in response. Torrential rain is expected in affected areas, risking flash flooding and landslides.[8]
Source: [1]CNN [2]BBC [3]CNN [4]CNN [5]BBC [6]CNN [7]CNN [8]CNN 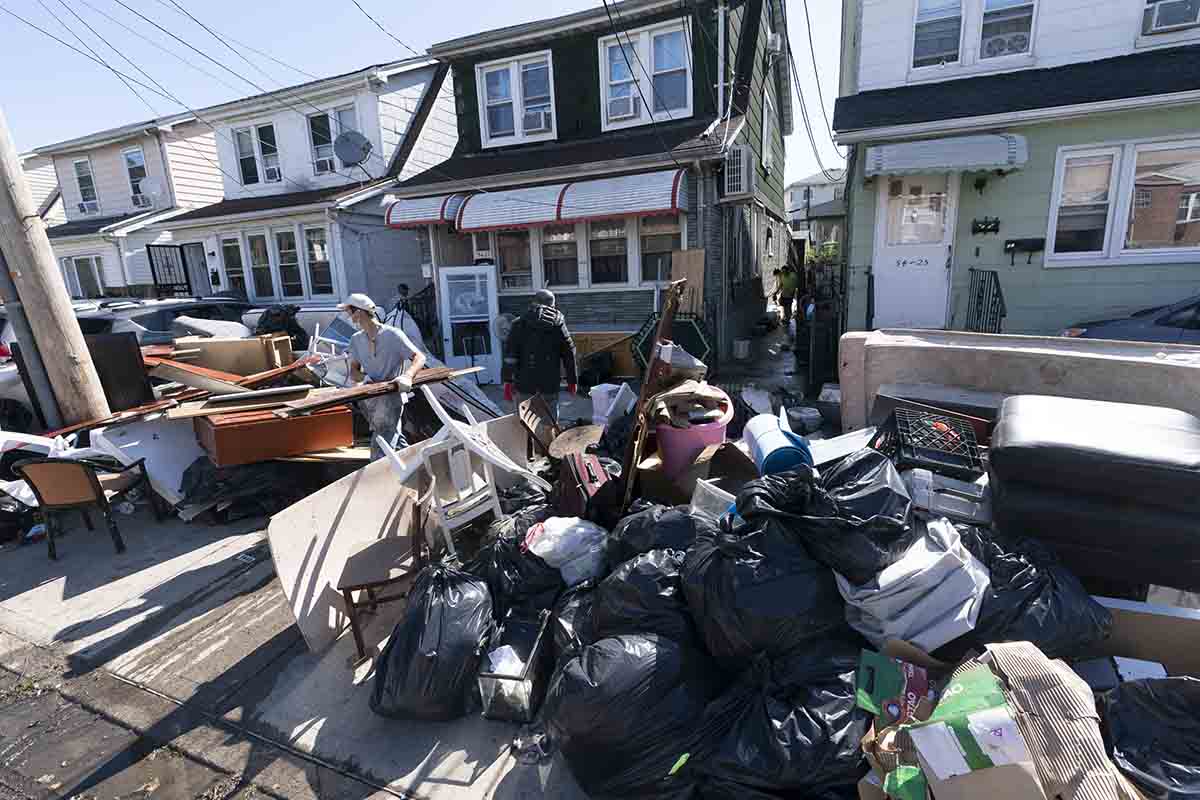 On Thursday, September 2, it was reported that weaker winds may bring relief to California firefighters fighting the Caldor Fire. Containment of the fire, which has burned 210,259 acres, is now 25% contained. It is quickly approaching the Nevada border, making it one of the only fires to do so.[1] On Thursday, September 2, massive flooding affected six states in the East as Hurricane Ida blew over the US. At least 45 people have died since the hurricane made landfall. Many of the deaths were caused by people caught in their vehicles during flash flooding. Many cars were left abandoned as flash flooding got worse throughout these states.[2] At least 9 of the deaths were from New York and New Jersey, which had such severe flooding, thousands were stranded for 14 hours in the subway. New York declared a state of emergency due to the impediment on all forms of travel.[3] On Friday, September 3, officials announced that most of the hurricane deaths in New York City were due to people living in illegally converted basements and cellars. Five of the six structures that flooded were illegal, and ten of the thirteen victims were living in them.[4] On Saturday, September 4, meteorologists discussed more possible storms as people continued to pick up the pieces from Hurricane Ida. Tropical Storms Julian and Kate both formed last week, but dissipated before making landfall. However, Hurricane Larry is now churning in the central Atlantic. The National Hurricane Center reported that winds are now as high as 115 mph and the hurricane has reached Category 3. Larry is not a threat to any land for at least the next few days.[5]
Source: [1]CNN [2]CNN [3]CNN [4]CNN [5]CNN

Take a look at the Worst US Forest Fires.