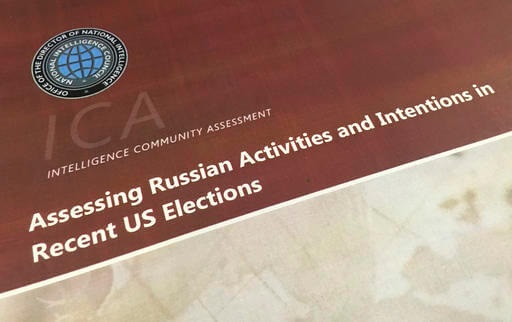 James Clapper, the director of national intelligence, spoke at a hearing of the Senate Armed Services Committee on Jan. 5, 2017, revealing parts of a declassified version of an Intelligence Community Assessment on Russia's efforts to interfere with the U.S. political process. According to the findings, Russian President Vladimir Putin ordered a campaign to influence the American presidential election in favor of electing Donald Trump. The unclassified report is the most detailed public account to date of Russian efforts to interfere with the U.S. political process, with actions that included hacking into the email accounts of the Democratic National Committee and individual Democrats like Hillary Clinton's campaign chairman John Podesta.
Photo source: AP Photo/Jon Elswick