There's always something going on in the United States, and trying to keep track of it all can be a nightmare. Luckily, Infoplease has got your back. Here are the top 10 U.S. news events you need to know for April 2017: 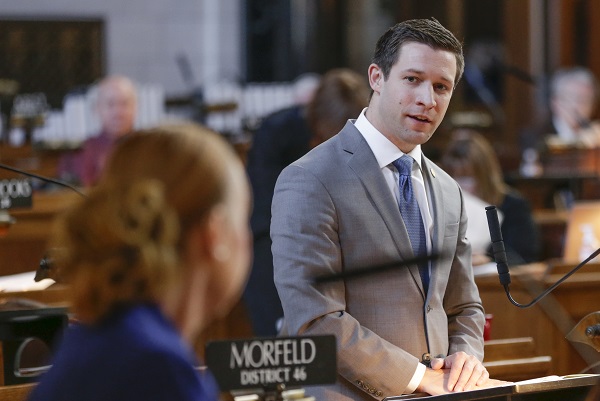 On Apr. 4 , the 7th Circuit Court of Appeals in Chicago rules that LGBT citizens are protected under the 1964 Civil Rights Act. The case in question came from a community college teacher, self-identified as lesbian, who sued the college with claims that she was denied full-time employment on the basis of her orientation. This ruling comes at a time when many states are seeing debates about extending workplace protections to LGBT people. (Associated Press) 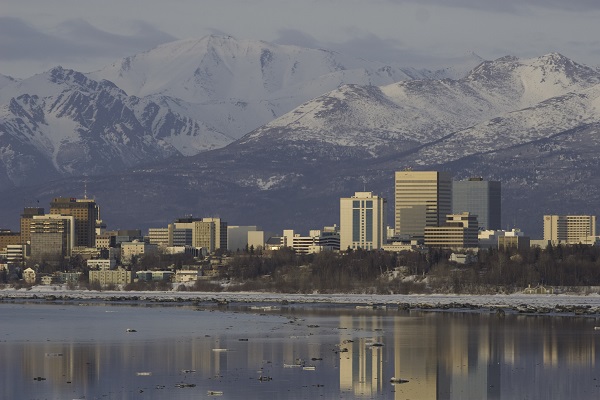 On Apr. 5, Alaska elects its first openly LGBT politicians in the city of Anchorage. Felix Rivera and Christopher Constant are voted into the Anchorage Assembly. Felix Rivera is also the city's only non-white representative, despite Anchorage being the most ethnically diverse city in the US. Their election makes a landmark out of what is otherwise a lackluster vote; of the voting population in Alaska's largest city, turnout is only around twenty percent. (HuffPost) 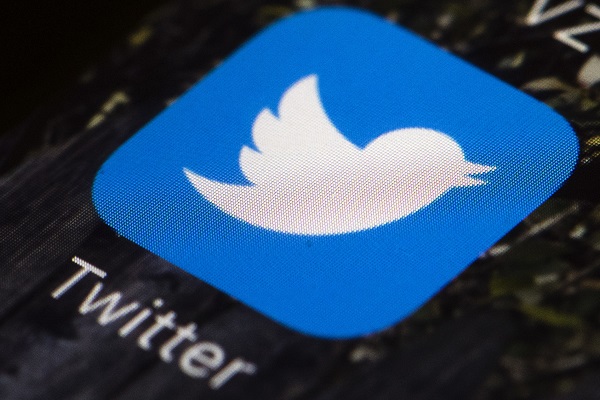 On Apr. 7, the Department of Homeland Security retracts an order for Twitter to hand over identifying information about one of its users after Twitter sues the government. The user in question operates an anonymous account criticizing Trump administration policies, while claiming to work for Citizen and Immigration Services. Twitter claims the order violates the constitution, but is willing to drop charges once the order is retracted. (The New York Times). 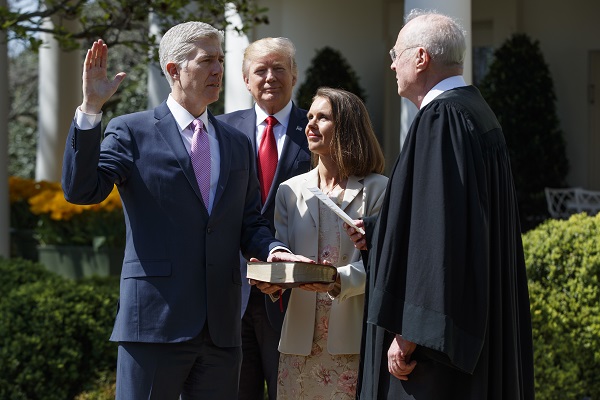 On Apr. 10, Neil Gorsuch is sworn in at the White House as an associate justice of the United States Supreme Court after a contentious confirmation process. Gorsuch is only admitted after Senate Republicans change Senate protocol to require a simple majority of 51 votes for appointee confirmations, rather than the traditional 60 votes. (Reuters)

New York Offers Free College to Families Who Earn Under $125,000

New York Offers Free College to Families Who Earn Under $125,000 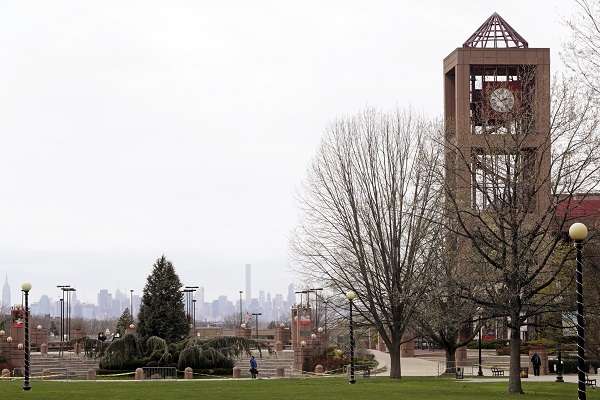 On Apr. 10, the state of New York announces that it is going to offer free college tuition for families that earn less than $125,000 per year. The program will offer up to four-year degrees at public colleges. New York will be the first state to implement such a program, and education reformers hope this will be a model for others. (Associated Press) 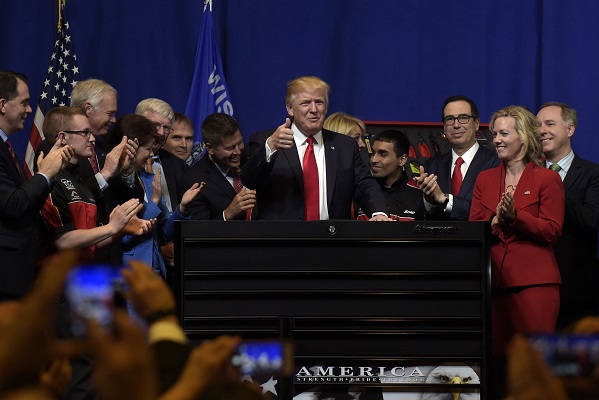 On Apr. 18, during a visit to the Snap-on tool factory in Wisconsin, President Trump issues an executive order that pushes federal organizations to favor American contractors, and a reexamination of the H1-B visa process for high-skilled foreign labor. Many are surprised by the limits of the H1-B order, as many U.S. tech firms already have a similar preference for domestic labor. Both sides largely agree on reforming the current process; the sheer number of applications has led to the allotted visas for fiscal year 2017 running out on Apr. 4. (The New York Times) 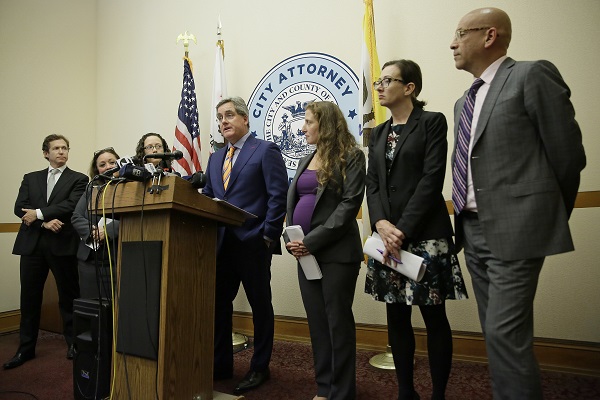 On Apr. 24, a federal judge strikes down yet another of President Trump's executive orders. In this instance, the order called on cities to fully cooperate with deportation efforts, or lose their federal budget. Multiple cities and counties bring lawsuits against the order, like San Francisco and Santa Clara County in California. District Judge William Orrick rules that the President cannot suddenly add conditions to funding. (The Washington Post) 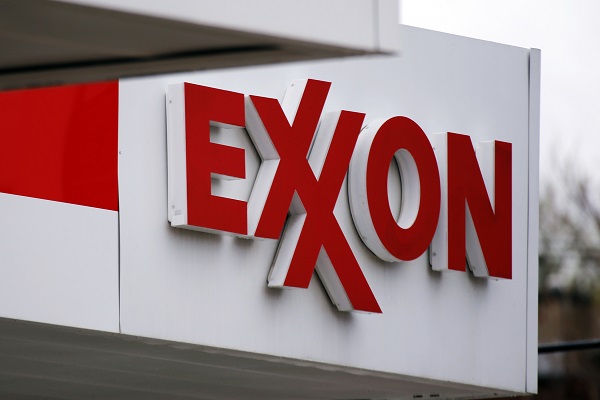 On Apr. 26, the District Court Judge for Southern Texas, David Hittner, orders ExxonMobil to pay nearly $20 million in damages. Exxon's refinery and chemical plant in Baytown, Texas released 10 million pounds of pollutants. ExxonMobil is under separate investigation for potentially lying about the effects of fossil fuels on the environment. (Reuters) 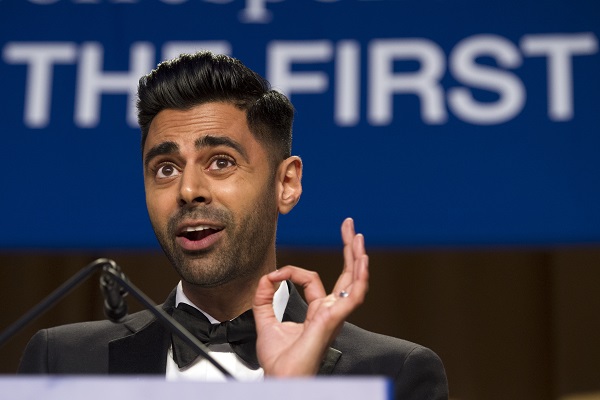 On Apr. 29, President Donald Trump chooses not to attend the White House Correspondents' Dinner. The Dinner is a tradition where members of the media and government partake in some friendly banter and make jokes at one another's expense. The President has a notoriously bad relationship with the media. This absence marks the first time a president has missed the event since 1981, when Ronald Reagan was recovering from a bullet wound. (The Washington Post) 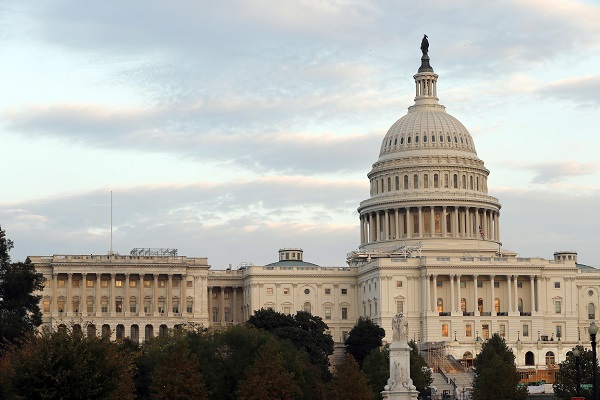 On Apr. 30, members of both parties negotiate a government budget for the remainder of the fiscal year, separate from the President's budget which will be released later in the year. The deal noticeably lacks many of President Trump's priority items. Once the budget passes the House and the Senate, Congress will be able to continue spending through September. Otherwise, their authorization expires on May 5. (Bloomberg)