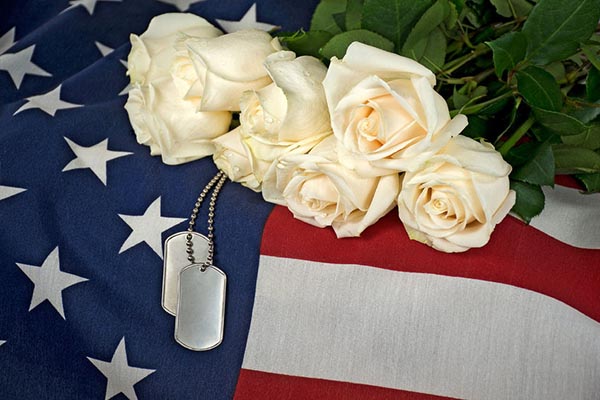 The table below has information about the total number of service members, battle deaths, and non-mortal woundings in wars from 1775 to 2017; such as the American Revolution, the Civil War, World War I and II, Vietnam, and more.

1. Estimate based upon new population projection methodology.
2. Estimated figure. Does not include 26,000-31,000 who died in Union prisons.
3. Years of U.S. involvement in war.
4. Total will be more than sum of conflicts due to no "end date" established for Persian Gulf War.
5. October 7, 2001 through May 29, 2012 (unless otherwise indicated). Operation Iraqi Freedom, Operation Enduring Freedom, Operation New Dawn.
6. Defense Manpower Data Center (DMDC) estimate, as of 4/09, does not include those still on active duty and may include veterans who served in Iraq and Afghanistan.
7. The Pentagon no longer discloses the exact numbers of troops deployed to fight the Global War on Terror.
Source: Department of Defense and Veterans Administration.
Photo Source: 123RF/Maria Dryfhout