Behold the Power of Exponents

Behold the Power of Exponents

You may have seen teeny little numbers floating above and to the right of other numbers and variables, like in the expression x3. What is that little 3 doing up there? Parasailing? Is it small because of scale, perhaps because it is actually as large as the earth's sun in reality, but is only seen from hundreds of thousands of miles away? No, that little guy is called the exponent or power of x in the expression, and indeed it has a very powerful role in algebra.

The role of an exponent is to save you time and to clean up the way expressions are written. Basically, an exponent is a shorthand way to indicate repeated multiplication.

In the language of algebra, x3 (read "x to the third power") means "x multiplied by itself three times", or x · x · x. To find the value of real numbers raised to exponents, just multiply the large number attached to the exponent (called the base) by itself the indicated number of times.

Once you write something in exponential form, there are very specific rules you must follow to simplify expressions. Here are the five most important rules, each with a brief explanation:

Most of the time, you'll have to apply multiple rules during the same problem, in your attempts to simplify.

Solution: Start by applying Rules 3 and 4 to the numerator and denominator.

Now apply Rule 2, since you have matching bases in the numerator and denominator. 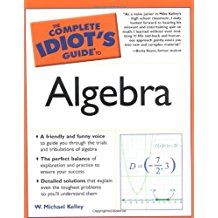