All About Lightning Preparedness 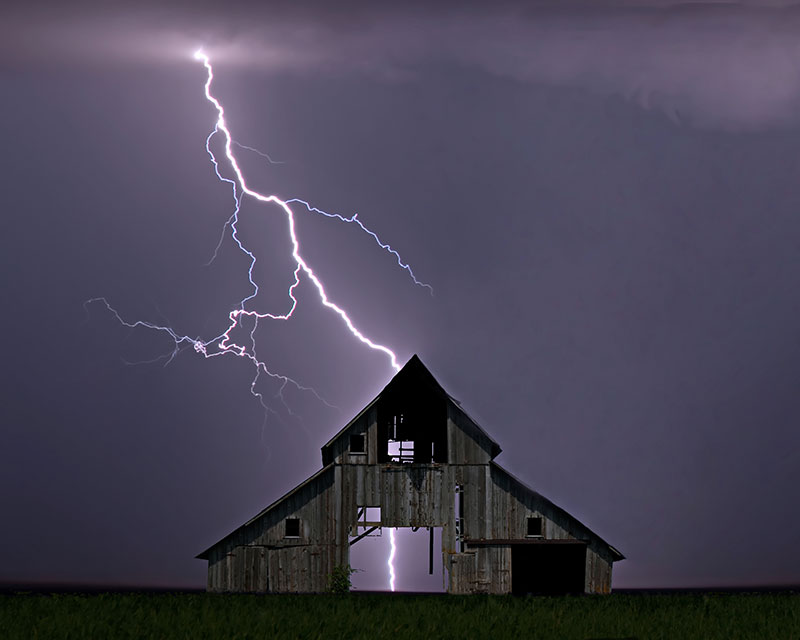 Lightning is powerful and bright and sometimes deadly. Being struck by lightning can cause a lot of health challenges and could prove fatal. According to the National Weather Service, 305 people have died because of lightning since 2007. Lightning is no joke.

Although lightning can cause fires and is about 50,000 degrees Fahrenheit --which is five times hotter than the sun, it’s more likely that you will get a head injury before you ever get a burn from a lightning strike. A lot can happen to you if you get hit by lightning. One of those things being getting a particular scar on a portion of your body called Lichtenberg Scarring. This scar creates an intricate design on your body. It’s a free tattoo with way more pain and a chance of death.

Although you might not realize it, lightning can leave entry and exit wounds kind of like a bullet. If lightning exits from your foot you may very well get your shoes blown off. Your clothes could be shredded and torn away too from the electricity and force of lightning.

If lightning enters you through your head it’s very likely you could end up in a coma. Long term side effects from a lightning strike often include memory loss and change in personality. These things can happen because of how the lightning affects your brain while traveling through your body.

Remember: the old wives’ tale “Lightning never strikes twice” is wrong! A place or person that has been hit by lightning has a very good chance of being struck again if you create a similar scenario to the first time you were hit! You may get a memorable scar but you might also die.

To protect yourself during a lightning storm you need to stay away from water, trees and metal. You should stay inside during thunderstorms. If you can't enter a building then get inside a car but while you’re in the car don't touch anything metal. The lightning will be travelling through the metal in the car to the ground. Your car will probably take on some damage but you will be safe. When you are safely inside stay off of landlines because the lightning can travel through the lines and cause serious injury or kill you. You should also be careful of any appliances that are plugged into an outlet. Lightning can travel through the electrical wiring of your home. To help protect your appliances from becoming affected you should probably invest in some good surge protectors.

Remember that inside is the best location and you’ll protect yourself from lightning’s damaging effects when a storm starts to brew. Once you’re inside put your feet up a safe distance from the window and watch the lightning from the safety of your home. It will be a gorgeous sight, but you won't get hurt.