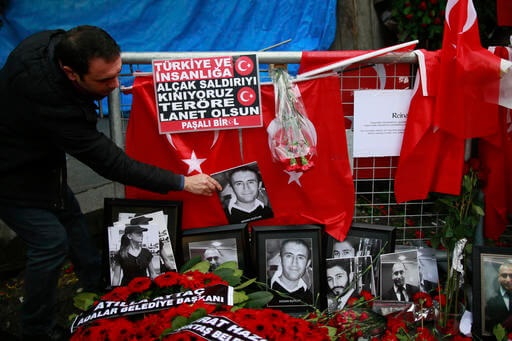 A New Year's day attack in Istanbul, Turkey, leaves at least 39 dead and dozens wounded. ISIS claims responsibility, calling the perpetrator "a hero soldier of the caliphate" and describing the scene just after midnight at the Reina nightclub: "They used hand grenades and a machine gun and transformed their celebration to mourning." Turkey's president vows that this heinous act will neither divide nor defeat the country.
Photo source: AP Photo/Emrah Gurel