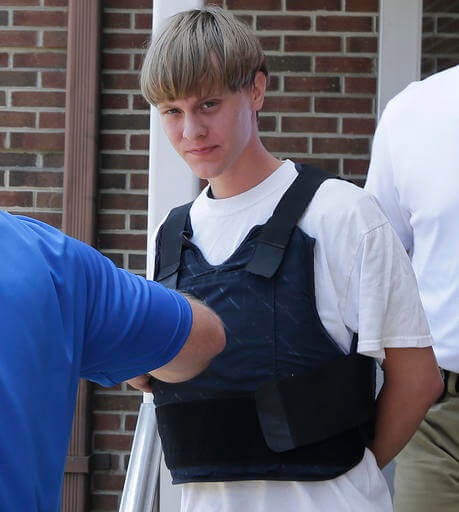 On Jan. 10, 2017, Dylann Storm Roof is sentenced to death for killing nine black people at a Charleston, S.C. church in 2015. Convicted in Dec. 2016 of 33 counts of federal hate crimes, Roof never denies his actions and acts as his own lawyer during the penalty phase of the trial. The jury delivers its decision after 3 hours of deliberation.
Photo source: AP Photo/Chuck Burton, File