Is Vatican City a Country?

Is the Holy See a proper nation? 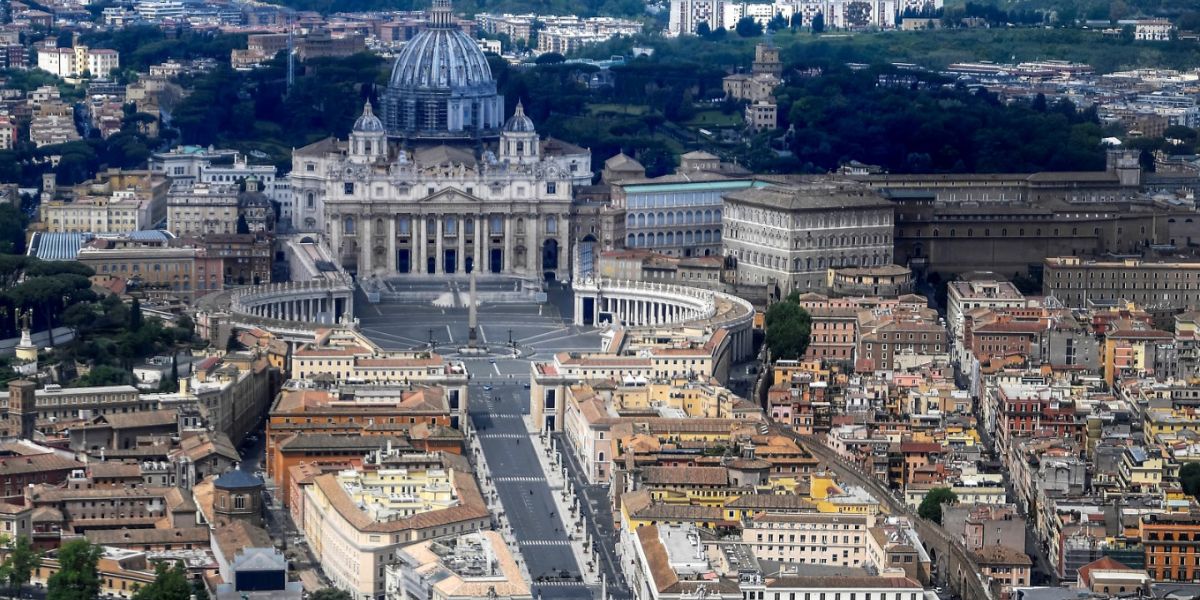 The Vatican City as we know it today arose after the signing of the Lateran Treaty in 1929. The Lateran Treaty came at the end of three years of negotiations between Benito Mussolini, then the Prime Minister of the Kingdom of Italy, and Cardinal Pietro Gasparri, who represented Pope Pius XI.

The treaty gave the Holy See -- the office of the Pope -- exclusive control over a small area in Rome, including Saint Peter's Square, Saint Peter's Basilica, and the Vatican Palace. This area is the Pope's primary residence and the location where he and his closest advisors govern the operations of the Roman Catholic Church.

The status of the Vatican City was cemented further by the Italian Constitution, which took effect in 1948 after the end of World War II and created the modern Italian Republic. The constitution adopted the terms of the Lateran Treaty as part of the basic law of Italy. In effect, the Republic of Italy has renounced any claim it might have once had on the Vatican City.

In one important way the Vatican City is different from other sovereign nations -- or even microstates. In international law, the Pope and his ministers are not considered the rulers and representatives of the city-state by itself. Instead, their authority stems from their roles in the Roman Catholic Church.

While much church business is conducted in Latin, Italian is the official language of the Vatican City. The Italian name is Stato della Citt del Vaticano.

Where is Vatican City?

The Vatican City is close to the middle of Rome, about 300 yards from a bend in the Tiber River. Its borders were determined by the Lateran Treaty and have not been adjusted since.

Several major streets roughly trace out the borders: the Viale Vaticano wraps around on North, west, and southwest, the Via di Porto Cavalleggeiri and Via Paolo VI run by the southeast, and the Viale dei Bastioni di Michelangelo on the northeast. The Via di Porto Angelica sets most of the eastern border, except for the edge of St Peter's square, where a line marks the edge of the square and the border between Vatican City and Italy.

How Big Is Vatican City?

Vatican City is easily the smallest sovereign nation in the world, covering only 120 acres, a little less than the area that would be covered by 100 American football fields. The next smallest independent nation, the Principality of Monaco, is four times as large.

The Holy See also has control of numerous buildings throughout Italy. These include the Lateran Palace in Rome, which has served as the residence of many Popes, and the Castel Gandolfo, outside of Rome, which has served as a summer retreat. There are also several churches, seminaries, and buildings housing church offices. These have a status similar to embassies; they are outside of the Vatican City but under the Holy See's control.

Vatican City is also easily the smallest by population, with only 825 citizens - and of these only 450 or so live in the Vatican. The rest are Cardinals who live in or near Rome, along with diplomats posted at the Holy See's embassies around the globe.

Why is there a Vatican City?

Rise and Fall of the Papal States

The Roman Catholic Church has long held a great deal of political influence in Europe and worldwide. For much of European history, from medieval times to the Reformation, denunciation by the Church could result in a monarch losing power.

The Catholic Church held actual governmental authority over Rome and a portion of northern Italy. These were the Papal States, which at their peak stretched across the Italian peninsula from the port of Ostia and Rome in the south to Ravenna in the north. The Church also held control over territory around Avignon, in France.

All this territory was considered under the personal rule of the Popes, although church control waxed and waned, and local princes sometimes held sway outside Rome itself. As the effective ruler of a sizeable portion of Italy, and the spiritual leader of millions of Catholics, the Church and the Popes were important players in European diplomacy.

The area now occupied by Vatican City has played a large role in the history of Christianity and the Catholic Church. St. Peter was buried here after his crucifixion at the hands of Roman Emperor Nero. Tradition holds that the original St Peter's Basiclia was built on Peter's burial site. The Vatican we know today began in 1506 when then Pope Julius II ordered the Basilica be rebuilt, creating the structure we know today.

The French Revolution and the rise of Napoleon put the Papal States in jeopardy, however. The French reclaimed Avignon in 1791. During Napoleon Bonaparte's reign the French Army invaded northern Italy and overran Rome twice, establishing satellite republics both times. The Congress of Vienna finally restored the Papal States, minus Avignon, in 1814

These reconstituted Papal States did not survive for very long, however. In 1861, after the reunification of Italy under the House of Savoy, the Papal States were reduced to Rome and the surrounding region of Lazio. In 1870 the Kingdom of Italy took over Rome itself.

The Roman Question and the Creation of the Vatican City

This created a political controversy. In their role as the Bishop of Rome the Popes had historically roled the city. The long-running tradition had been that the Pope was beyond the jurisdiction of any other earthly government. When Italian troops took control of Rome, this created a religious and political controversy called "The Roman Question."

The new Italian government intended to establish its capital in Rome, the premier city on the Italian peninsula, but to do so would have been considered an affront to the leader of millions of Catholics throughout Europe and in Italy. The Pope would become a subject of King Victor Emmanuel.

Pope Pius IX found this unacceptable. He and four of his successors refused to deal with the Italian Kingdom, remaining on the grounds of the Vatican Palace until 1920. After intensive negotiations, the Lateran Treaty established the Vatican City as we know it today, giving the Papacy a small but very valuable area where it retained governmental control.

The creation of an independent Vatican City, governed directly by the Holy See, allowed the Kingdom of Italy to establish its capital in Rome while allowing the Holy See to retain its independence from Italy.

The Modern Role of the Holy See and the Vatican City

Independence served the Holy See well during the Second World War. The Vatican City was neutral territory throughout the war, although then Pope Pius XII did issue some pointed criticism of antisemitism and racism. Vatican City was never occupied by Italian, German, or Allied troops.

Today the Holy See has formal relations with 183 countries, and 89 nations have appointed ambassadors to it, though none of their embassies are located in the Vatican City. The Holy See is also a non-member observer at the United Nations. It participates in debates but does not vote in the General Assembly.

The Vatican City is reasonably easy to access once you have gained entry into Rome itself. There are no border checks. There are several rail and subway stations within half a dozen blocks.

You don't have to be Catholic to visit, but you should dress modestly and be respectful of the many religious sites inside the Vatican.

Vatican City has many locations worth visiting.

The Apostolic Palace is the official residence of Pope Francis. Pope Emeritus Benedict XVI also lives in the Vatican City, at the Mater Ecclesiae Monastery

The Vatican Museum holds many pieces of Christian art. Its collections include master works from Michelangelo, Caravaggio, and Raphael. The Sistine Chapel -- which is included as part of the Museum tour -- is world-famous as the scene where Popes are chosen and for Michelangelo's frescoes.

The Pope himself presides over many ceremonies at St. Peter's Square and St. Peter's Basilica. St Peter's Square was designed by Gian Lorenzo Bernini, and it can hold as many as 300,000 people. It features massive collonades on its sides and an ancient Egyptian obelisk at its center. There is also a marker showing the location of an assassination attempt on Pope John Paul II, one of the most influential Pope's of the 20th century.

The basilica is traditionally the burial place of St. Peter, the first Pope, and many other Popes. It also includes many great works of art, including Michelangeo's Pieta. The Basilica's dome is one of the most famous features of the Vatican and of Rome.

The famous Swiss Guards, with their colorful Renaissance uniforms, provide security for the Pope. Day-to-day law enforcement is provided by a 130-member gendarmerie, in addition to Italian police who watch over St Peter's Square.