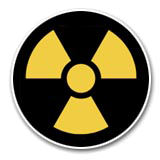 Below are terms and definitions frequently used in the aftermath of the nuclear disaster in Japan.