There's always something going on in the United States, and trying to keep track of it all can be a nightmare. Luckily, Infoplease has got your back. Here are the top 10 U.S. news events you need to know for February 2017:

Protests Break Out at UC Berkeley Over Appearance by Milo Yiannopoulos

Protests Break Out at UC Berkeley Over Appearance by Milo Yiannopoulos 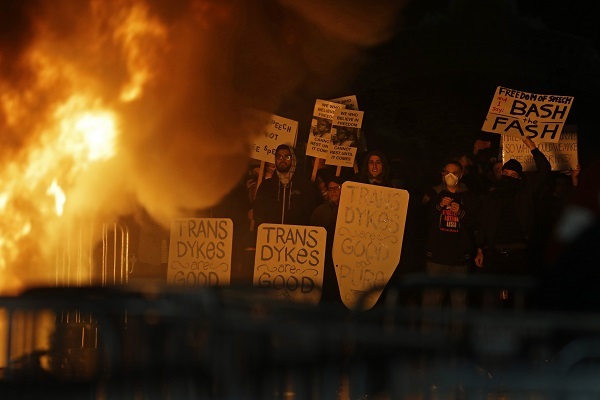 On Feb. 1, police are forced to cancel a planned appearance at UC Berkeley by Milo Yiannopoulos, editor for Breitbart News and right-wing personality. Officials estimate that 1,500 people arrived for the protest, which remained peaceful for some time until outside groups began agitating the crowd. University police are concerned for public safety as the protests become violent, and quickly cancel the event. (CNN) 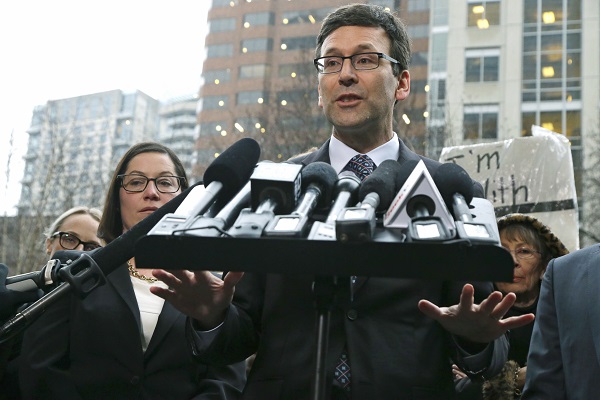 On Feb. 3, Judge James Robart blocked the Trump administration's executive order on immigration from seven Muslim-majority countries. Robart claims that the "travel ban" is unconstitutional on grounds of discrimination, and shouldn't be enforced unless affirmed by appeal. Many passengers who had been held up at Customs are allowed to resume travel to and from the listed countries. The administration declares its intention to appeal the block. (Reuters) 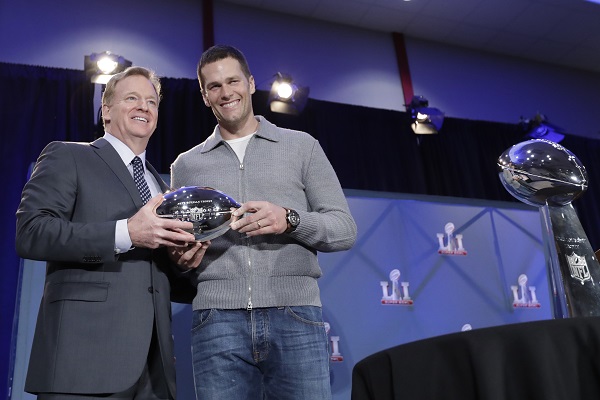 On Feb. 5, the New England Patriots win Super Bowl LI in a historic match against the Atlanta Falcons. The Patriots overcome a 25-point deficit in the fourth quarter, bringing the game to overtime. The largest comeback in Super Bowl history prior was 10 points. Tom Brady is named MVP for the fourth time, with five Super Bowl wins, setting both records. Bill Belichick sets the win record for a head coach. (The New York Times) 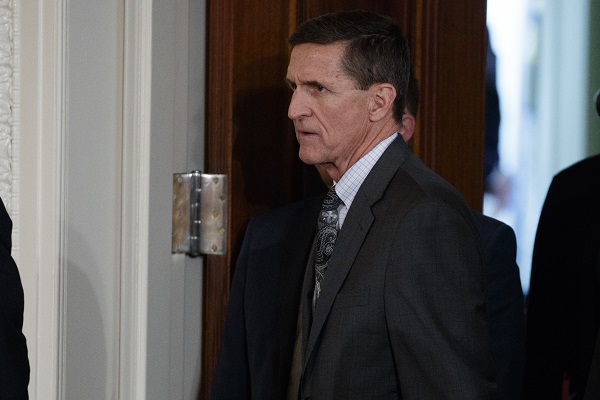 On Feb. 13, retired Army general Michael T. Flynn resigns from his position as national security adviser after a massive scandal breaks about connections between him and the Russian ambassador to the US. Flynn had previously served as director of the DIA under President Obama, before being recruited by the Trump administration. Former general Keith Kellogg acts as his replacement until a proper adviser is appointed. (Reuters) 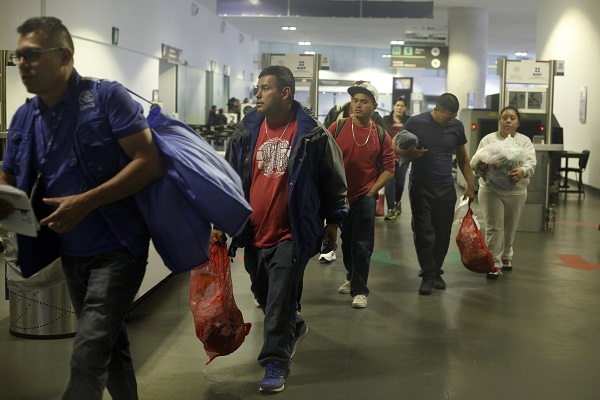 On Feb. 21, the Department of Homeland Security releases a memo about how to implement the two orders the administration has issued about deporting immigrants with any criminal records. Advocates for immigrants' rights worry that the order will result in mass deportations and incarcerations, as well as lasting damages to communities. The deportations are also a significant point of contention between the administration and neighboring Mexico. (NBC) 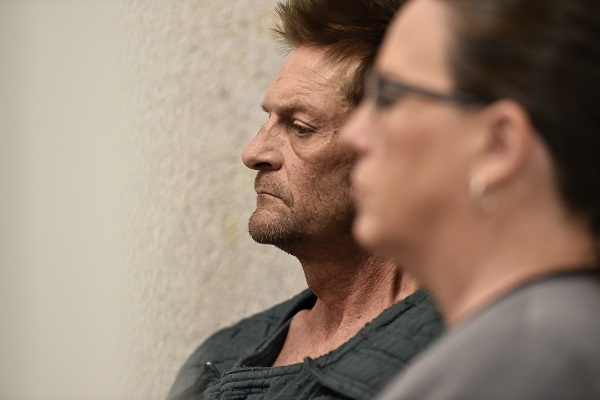 On Feb. 22, two Indian men, Srinivas Kuchibhotla and Alok Madasani, are shot at a restaurant in Olathe, Kansas by Adam Purinton. Witnesses say that Purinton was removed from the restaurant yelling at the pair to get out of his country, but he returned later and fired on them. Purinton claims the two men were Middle Eastern. The killing sparks outrage in India, and devastates the Indian-American community. (The New York Times/Bloomberg) 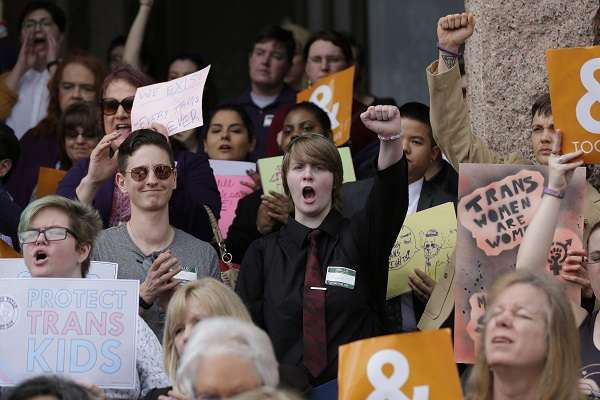 On Feb. 22, the Trump administration revokes several Obama-era orders that extended Title IX protections based on gender identity. The debate continues around bills like the "bathroom bill" passed in North Carolina, which had previously been settled by executive order. Members of the transgender community continue to oppose the legislation and to advocate for legal recognition of their identities. (CNN)

Protestors Cleared Out in Advance of Dakota Access Pipeline

Protestors Cleared Out in Advance of Dakota Access Pipeline 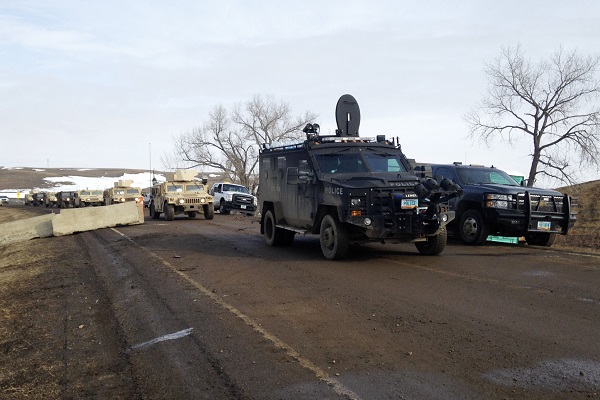 On Feb. 23, protestors of the Dakota Access Pipeline are cleared out of their camp in anticipation of the pipeline's construction. The Army Corps of Engineers had previously revised their plans for construction, which would cut through and potentially damage the land of the Standing Rock Sioux. The Trump administration has yet to announce resumption of the project, but the closing down of the camp suggests it will move forward. (The New York Times) 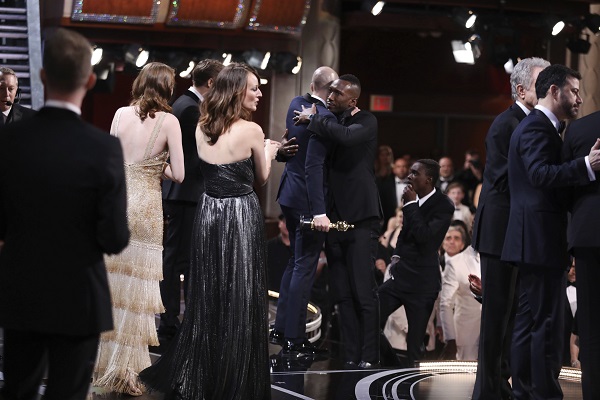 On Feb. 26, the 89th Academy Awards are held. In a moment of confusion, La La Land is mistakenly named Best Picture, although the prize actually went to Moonlight. Mahershala Ali wins Best Supporting Actor for his role in the film, making him the first Muslim-American to ever do so. Asghar Farhadi, Iranian director of the Best Foreign Language Film The Salesman, does not attend the event out of protest for the administration's visa ban. (The Guardian) 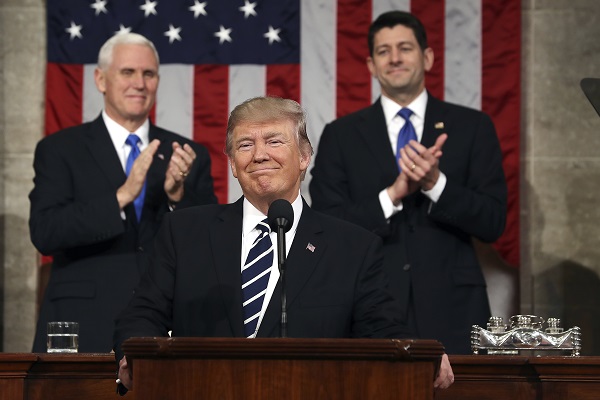 On Feb. 28, President Donald Trump addresses a special joint session of Congress on Capitol Hill. The President announces his intention for a "historic" increase in military spending. The exact numbers provided afterward are inconsistent, but the increase is alleged to be anywhere between 3% (slightly higher than the rate of inflation for the US dollar) and 9%, or around $54 billion. This would be partly funded by cuts to education and the EPA. (Reuters)