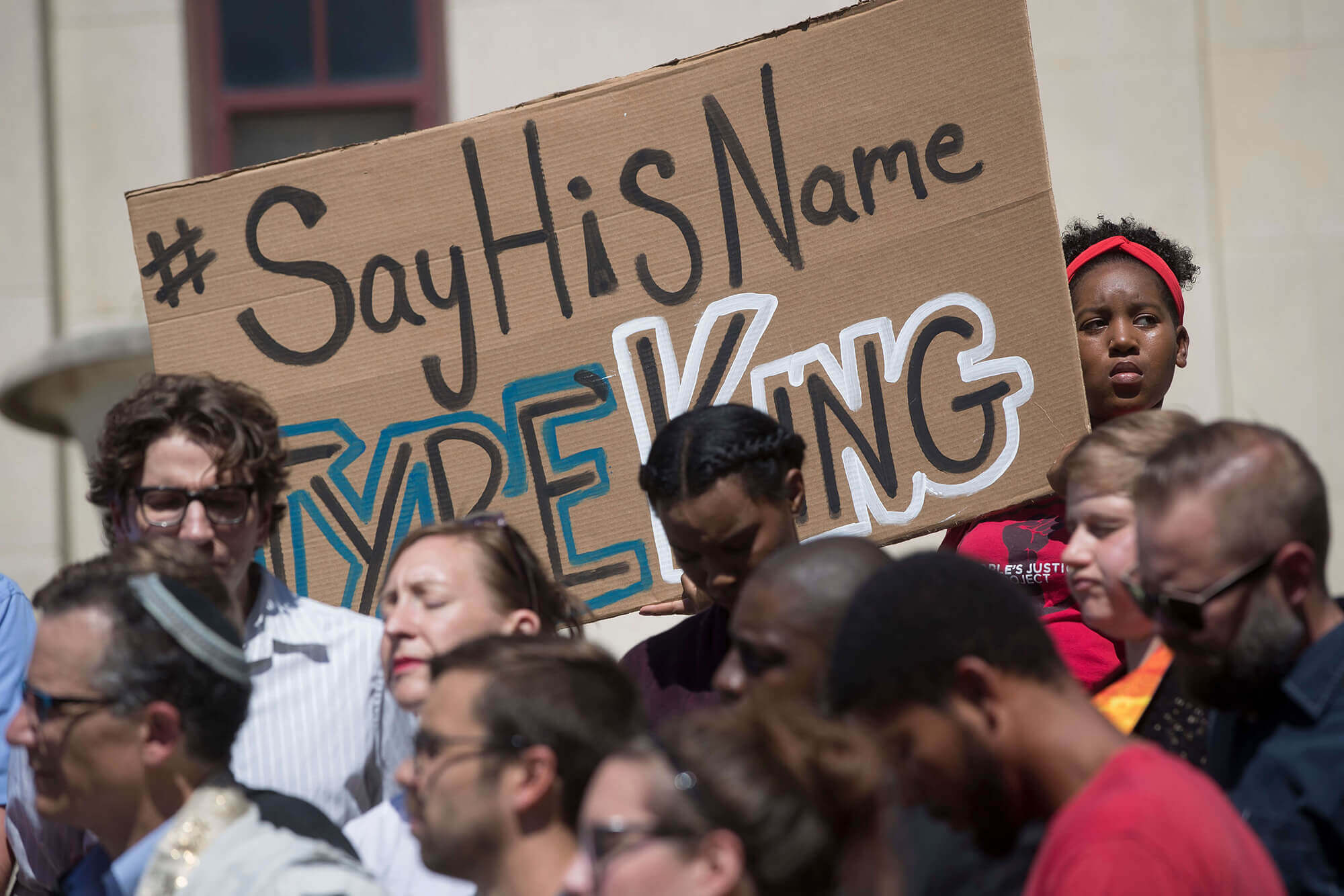 On September 14, 2016, a 13-year-old African-American boy, Tyre King, is shot to death by a police officer in Columbus, Ohio. The boy, a robbery suspect chased into an alley, is confronted by police and pulls out a BB gun. The gun looks identical to a real one used by police officers in Ohio. When he pulls out the BB gun, Officer Bryan Mason opens fire, injuring King, who later dies at the hospital.
Photo source: AP Photo/John Minchillo