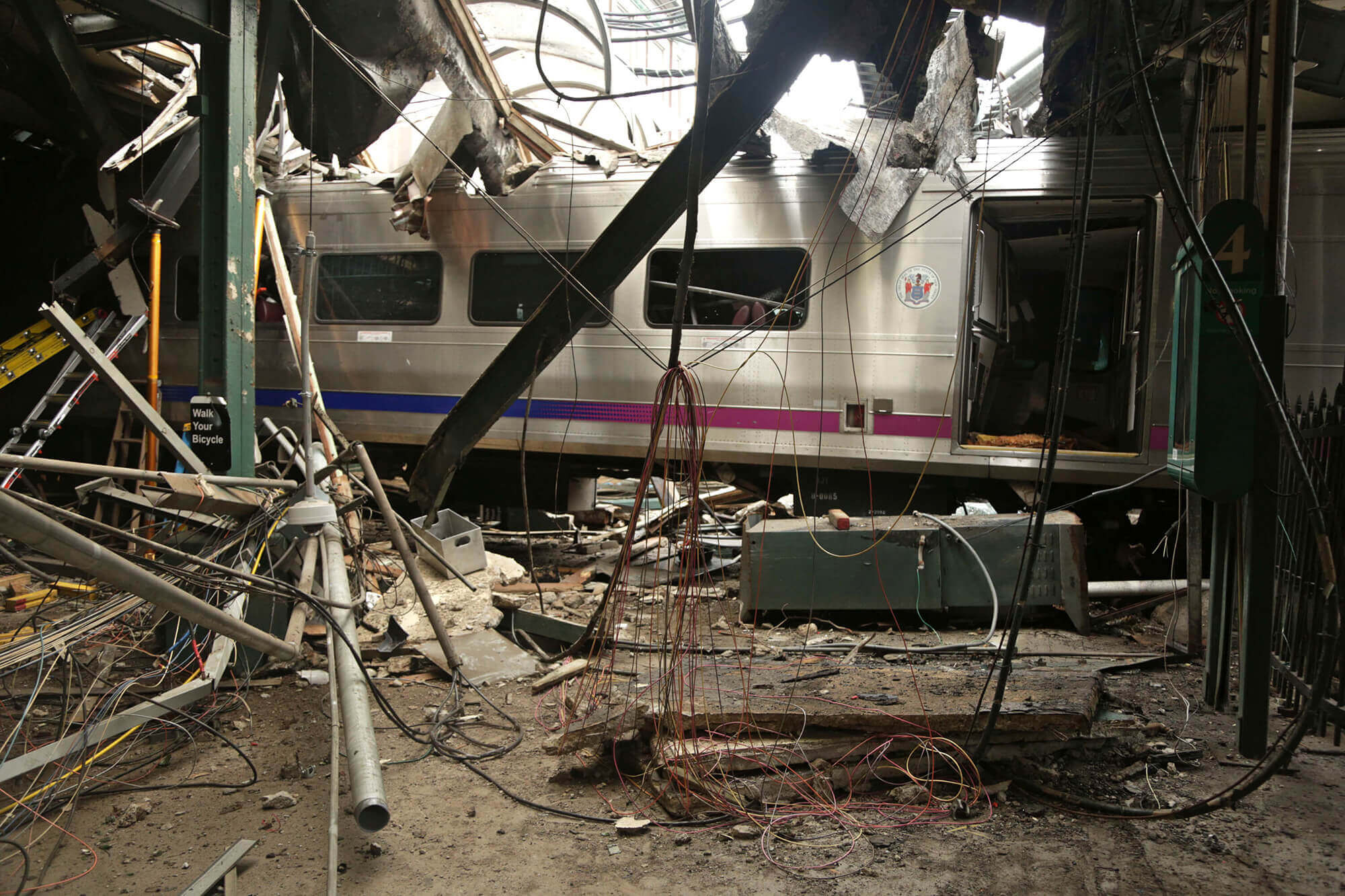 On September 29, 2016, a commuter train in Hoboken, New Jersey crashes into the barrier at end of the track, destroying part of the station and causing part of the roof to collapse. The train crash kills one person and injures more than 100. The 34-year-old woman who died, Fabiola Bittar de Kroon, was standing on the platform when she was hit with heavy falling debris. So far officials say it is unclear why the train was traveling at such a high speed and failed to stop before the barrier. There will be an investigation into the train's engineer, who has worked for the New Jersey Transit System for over 29 years.
Photo source: Chris O'Neil/NTSB photo via AP