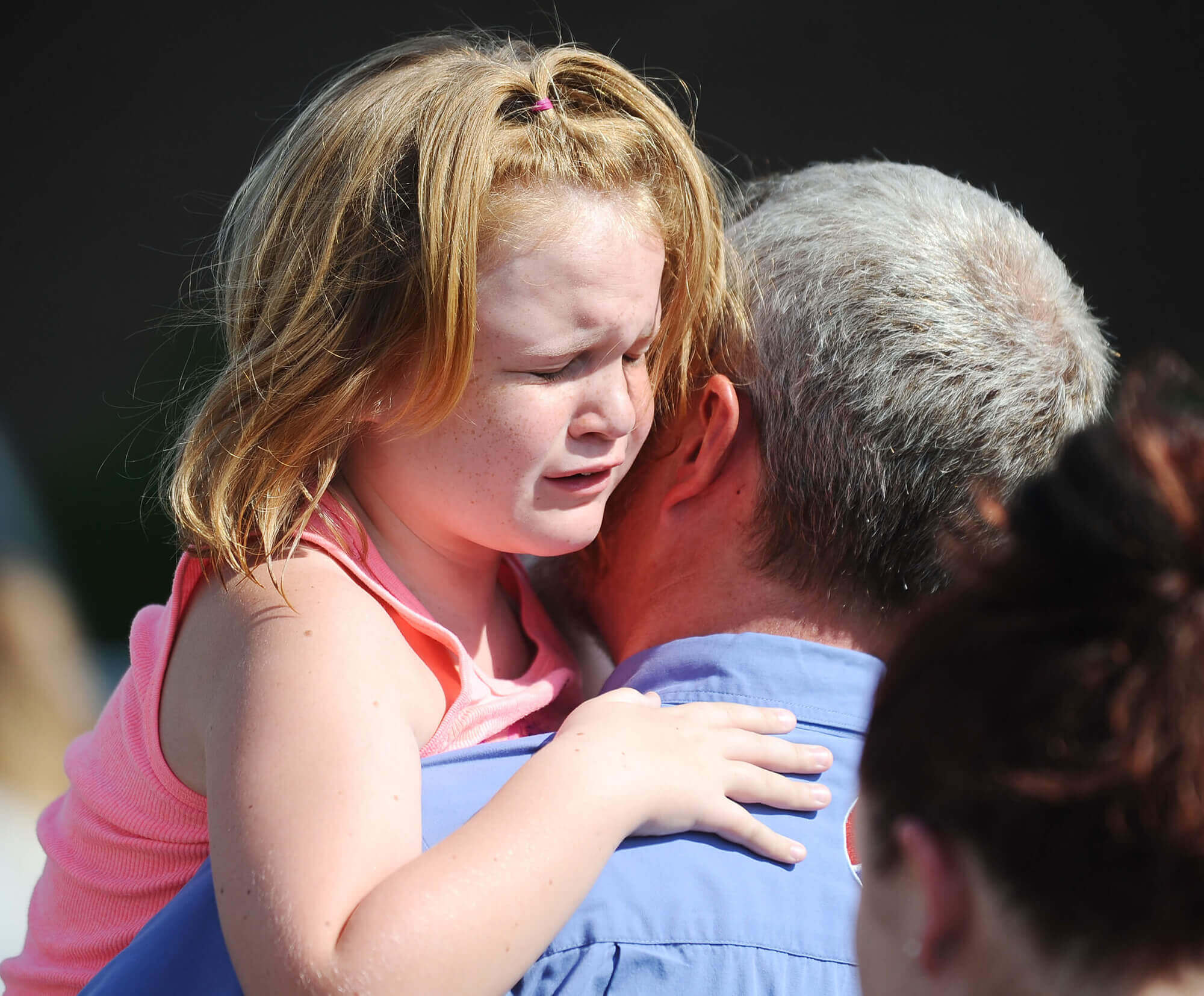 On September 28, 2016, in Townville, South Carolina, a homeschooled teenager shoots and kills his father, then he proceeds to the local elementary school playground where he shoots two male students and a female teacher. The teacher and one of the boys are treated and released from the hospital, the other boy is still in serious condition. The shooter is apprehended quickly by Jamie Brock, a 30-year firefighting veteran. The shooter has yet to be publicly identified but is in custody.
Photo source: AP Photo/Rainier Ehrhardt