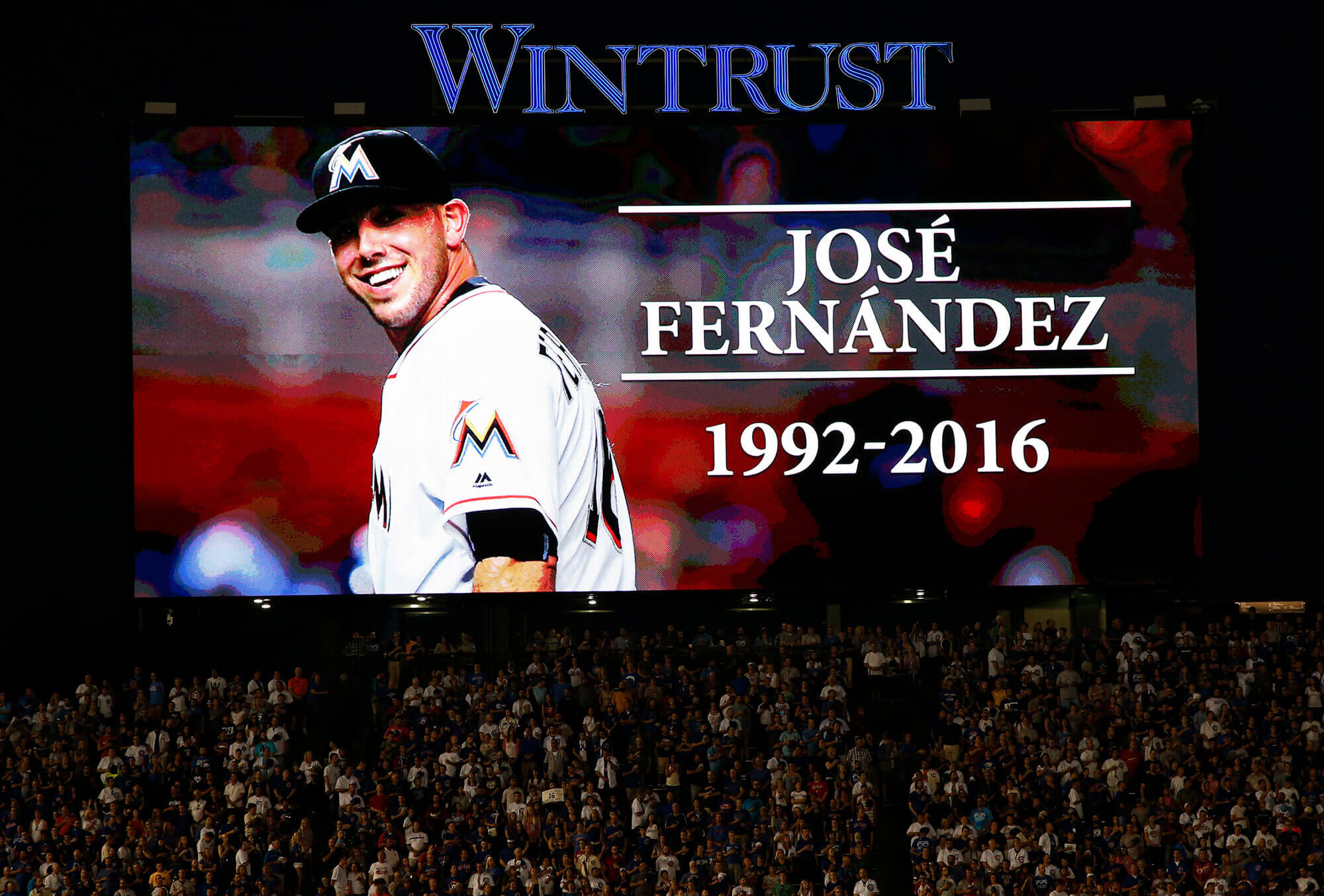 José Fernandez, pitcher for the Miami Marlins baseball team, dies at the age of 24. He is killed in a boating accident off the coast of Miami Beach along with two of his friends. The Coast Guard discovers an overturned boat around 3:30am with the three bodies without life jackets. It appears that the 33-foot boat hit a jetty at high speed. Fernandez, born in Cuba, defected to the United States in 2008. He recently announced on Instagram that he and his girlfriend were expecting their first child. On Sept. 26, 2016, each of the Marlins players wore a replica jersey—bearing Fernandez's number 16—while playing against the New York Mets.
Photo source: AP Photo/Nam Y. Huh