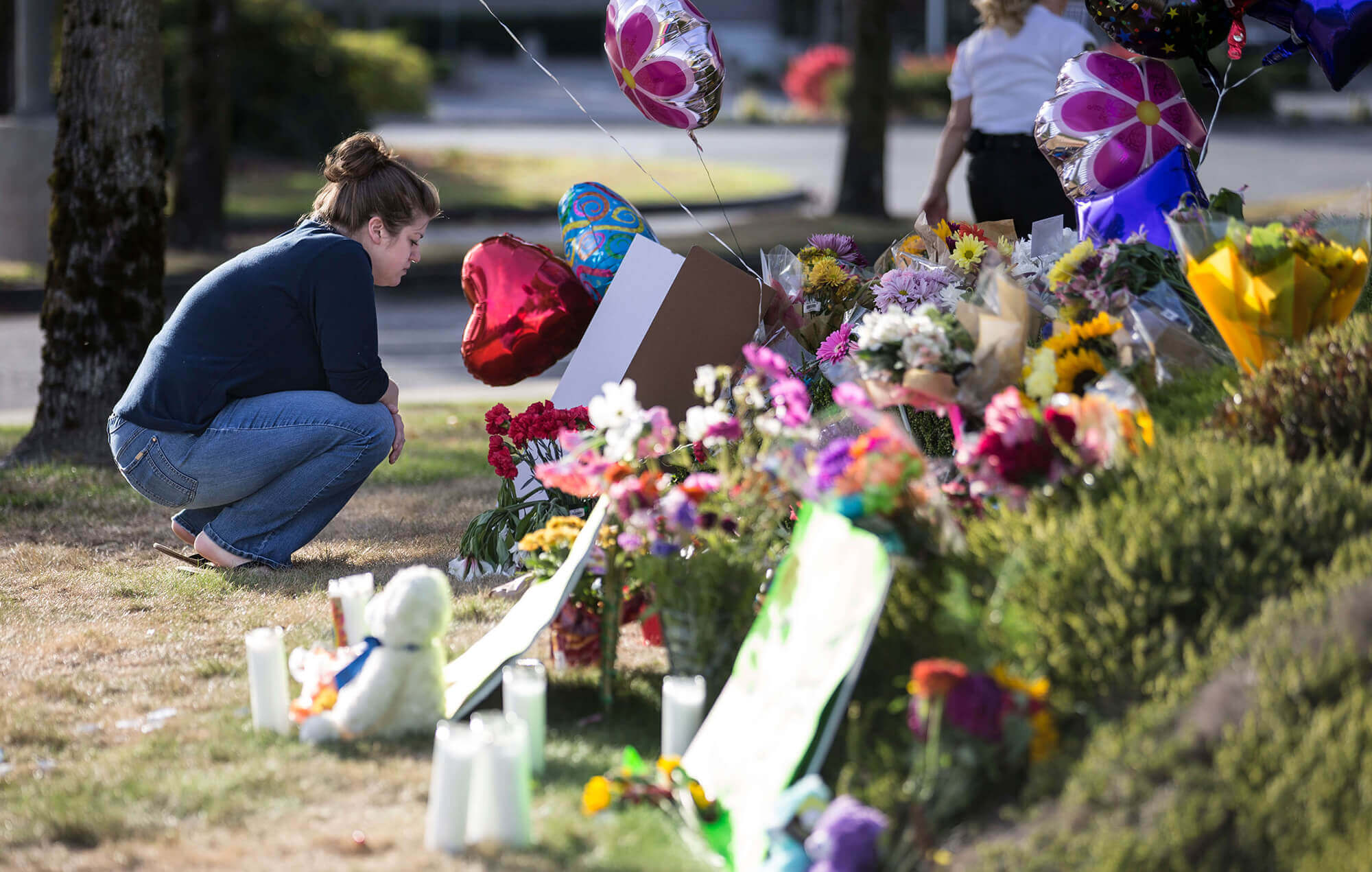 On Friday, Sept. 23, 2016, five people are fatally shot in Washington state. The shooting takes place at Cascade Mall in Burlington, a town north of Seattle. The suspected shooter is Arcan Cetin, 20, who is arrested after a 24-hour manhunt and face five counts of first-degree murder. According to the police, when they found Cetin, he did not run but complied with instructions and did not say anything. A state patrol spokesperson, Sergeant Mark Francis states, "We feel confident we have the shooter. Whether or not anyone else was involved, that will be determined."
Photo source: AP Photo/Stephen Brashear