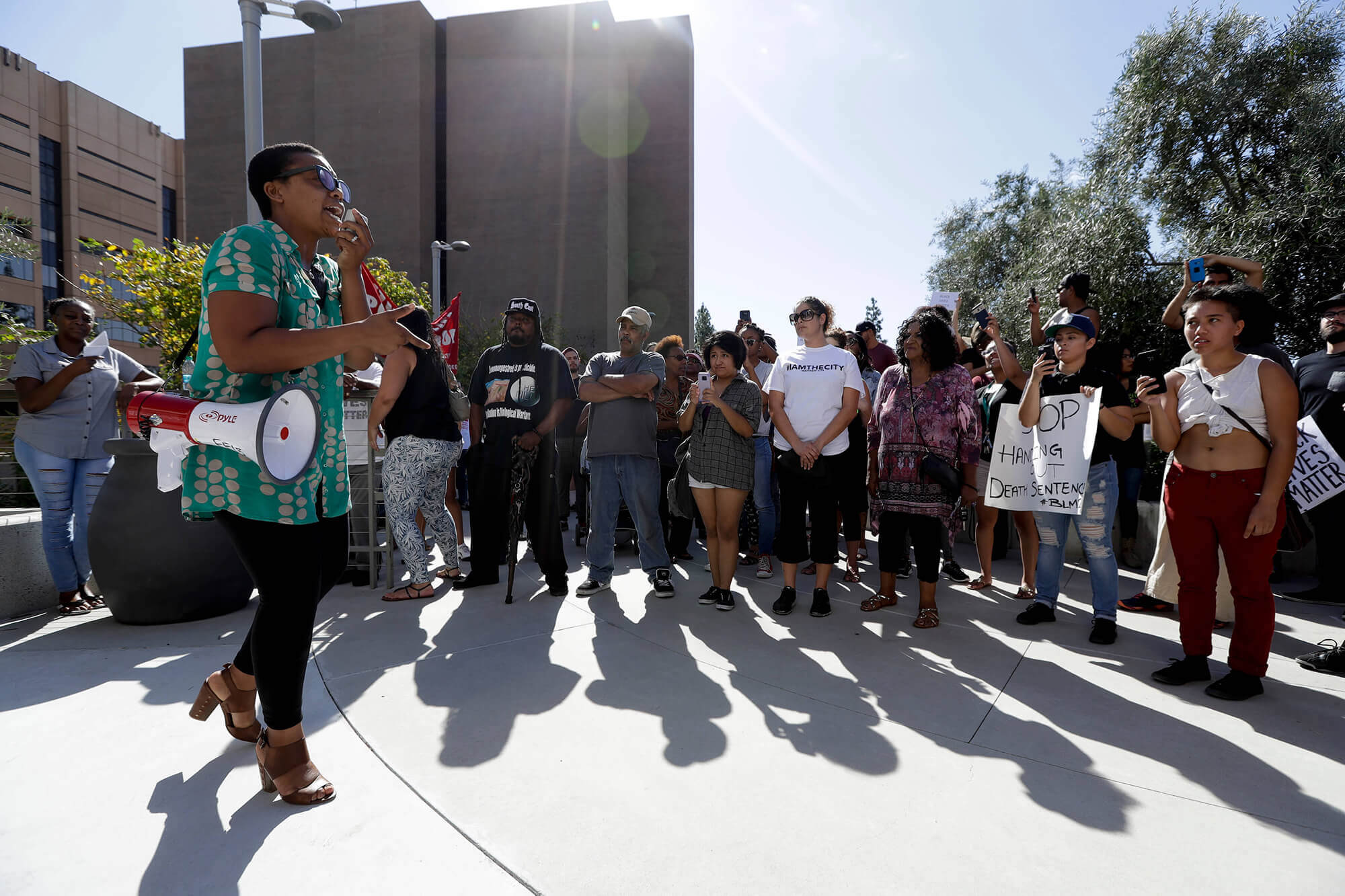 On Tuesday September 27, 2016, an African-American man named Alfred Olango, age 38, is fatally shot by police officers in El Cajon, California, a suburb of San Diego. The police report that Olango had refused orders and rapidly withdrew something from his pocket, and that is when they shot him. After investigation it is revealed that the object he took out was a vape smoking device. According to the family's attorney, they had requested a psychiatric assistant to come with the police officers because he was acting strange and wandering into traffic.
Photo source: AP Photo/Gregory Bull