Investigations into Police Shooting in Tulsa 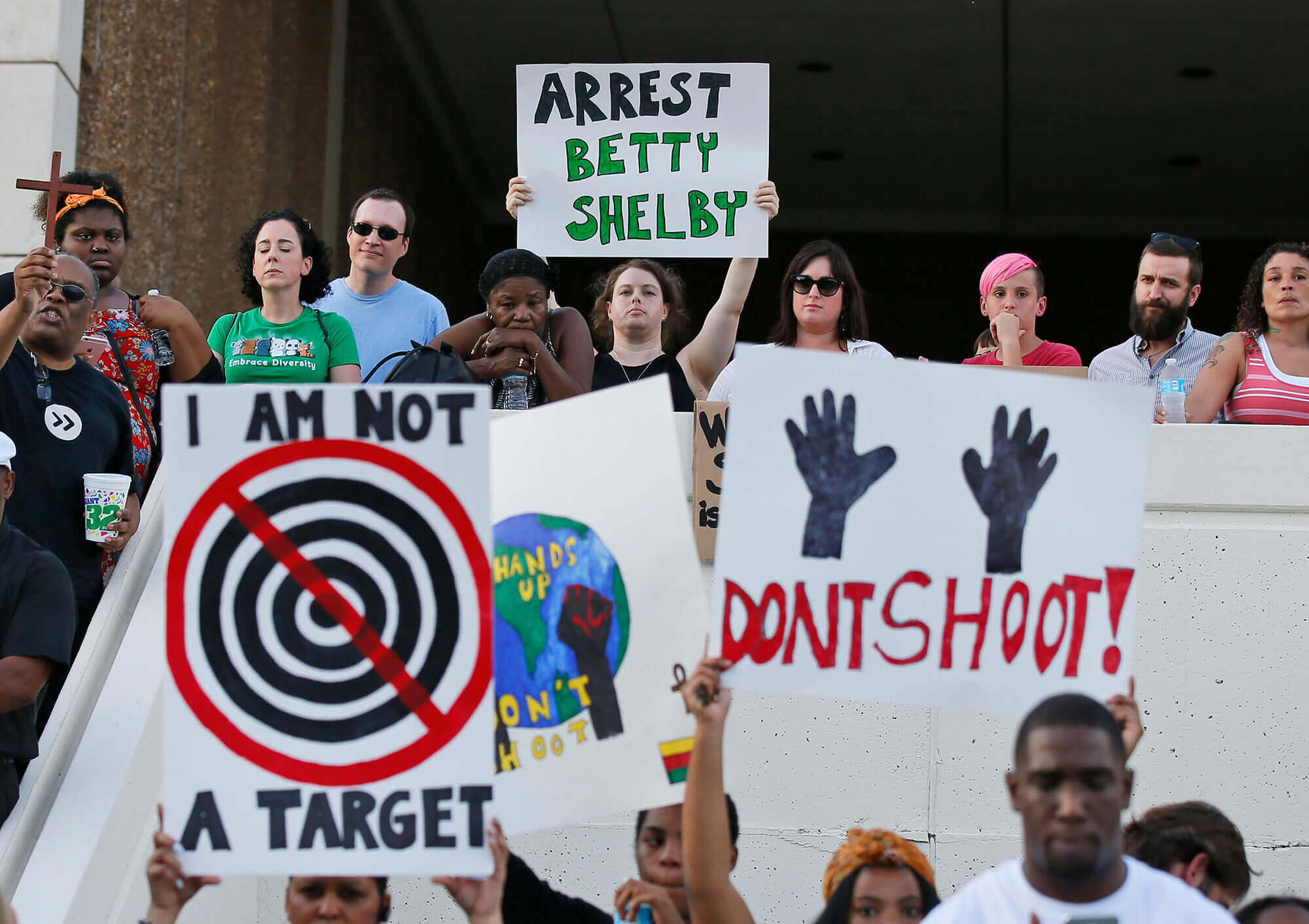 On September 16, 2016, an African-American man named Terence Crutcher, age 40, is fatally shot by a white police officer in Tulsa, Oklahoma. Betty Shelby, the officer involved, claims that Crutcher was reaching into his vehicle for a weapon. However, video evidence shows that both of his hands were raised in the air when he was shot. The police officer is now under criminal investigation, and the U.S. Justice Department has launched an independent investigation of the use of force by police.
Photo source: AP Photo/Sue Ogrocki