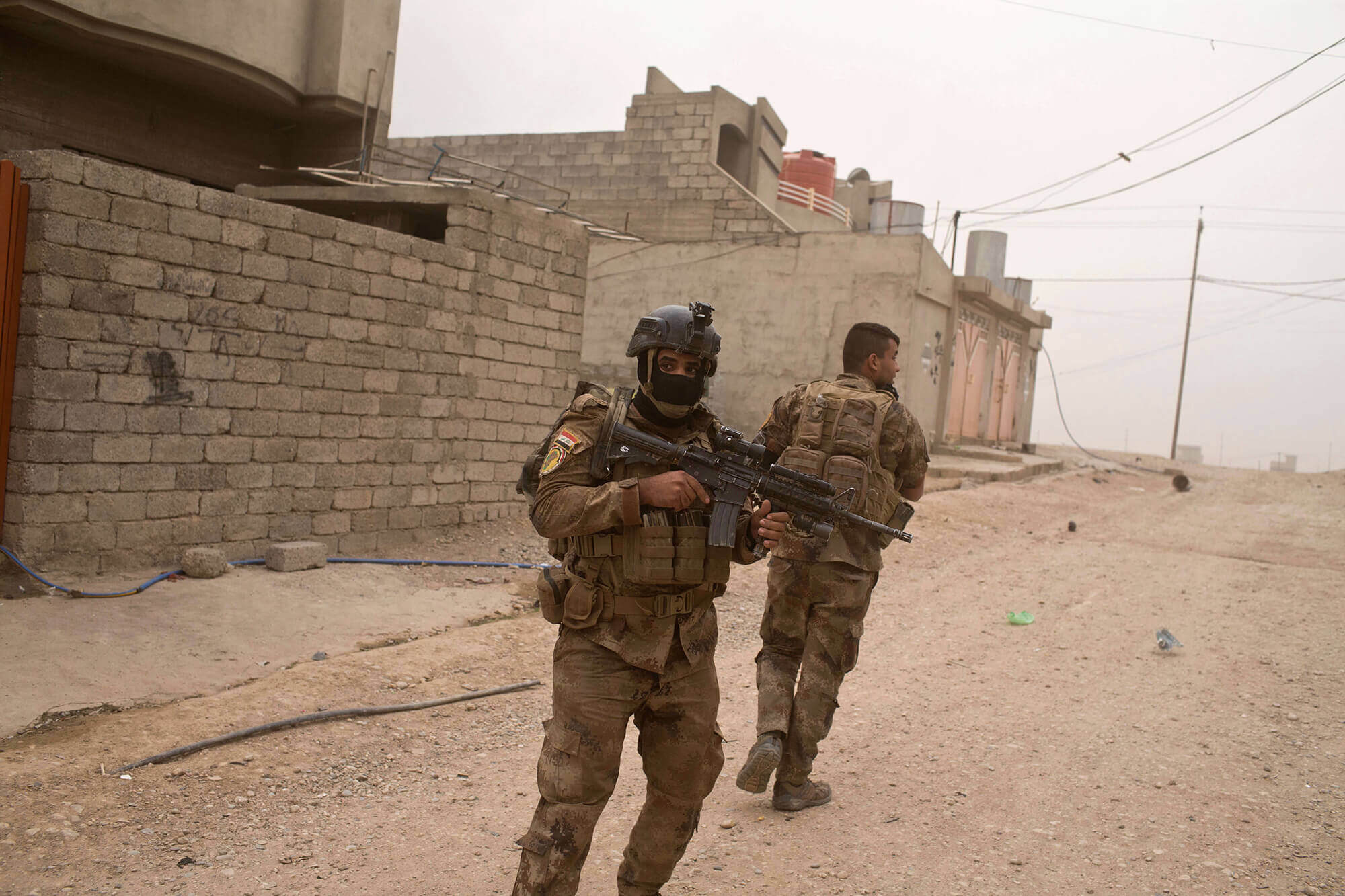 On Nov. 1, 2016, Iraqi forces enter the city limits of Mosul for the first time in two years. Iraq's elite counterterrorism group face ISIS's artillery, snipers, and suicide attackers as they enter the city, which has been under the Islamic State's control since 2014. The efforts to reclaim Mosul started on October 17 as Iraqi and Kurdish forces and Sunni tribal fighters advanced from the east through villages surrounding the city. On Tuesday, the forces reach the town of Gojali, the first town within city limits, and overtake it after hours of resistance. The top counterterrorism force commander, General Taleb Shighati al-Kenani comments, "Now is the beginning of the true liberation of the city of Mosul."
Photo source: AP Photo/Marko Drobnja