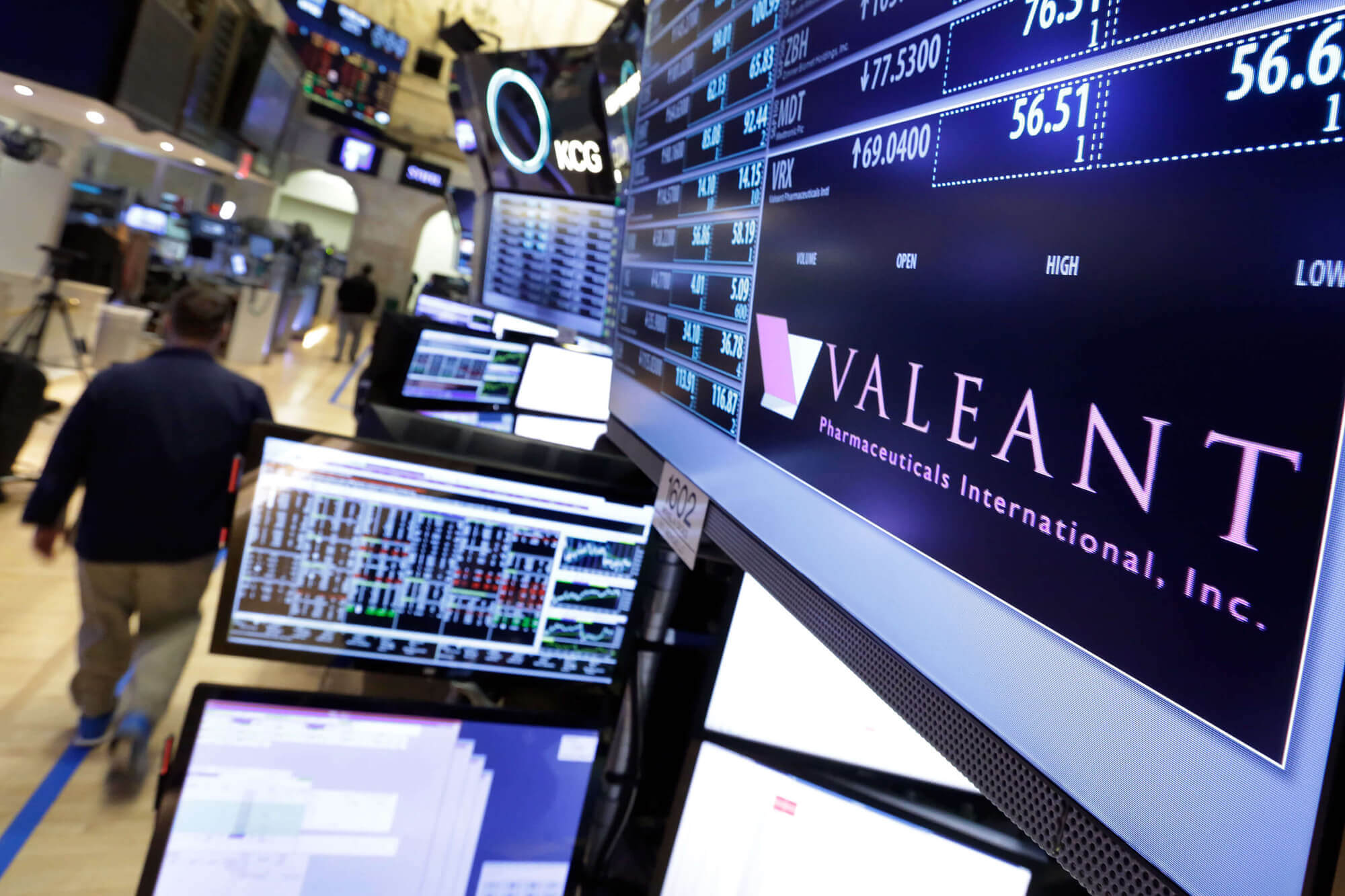 On Nov. 17, 2016, former executives at Valeant Pharmaceuticals and at Philidor, a mail-order pharmacy, are charged and arrested for running a fraud and kickback scheme that stole millions. The men arrested are former Valeant executive Gary Tanner and Andrew Davenport, the former chief executive of Philidor. According to the U.S. attorney for the southern district of New York, the arrests are part of an ongoing investigation and more arrests are possible. The charges, which are announced in Manhattan, include two counts of wire fraud, money laundering, and conspiracy.
Photo source: AP Photo/Richard Drew