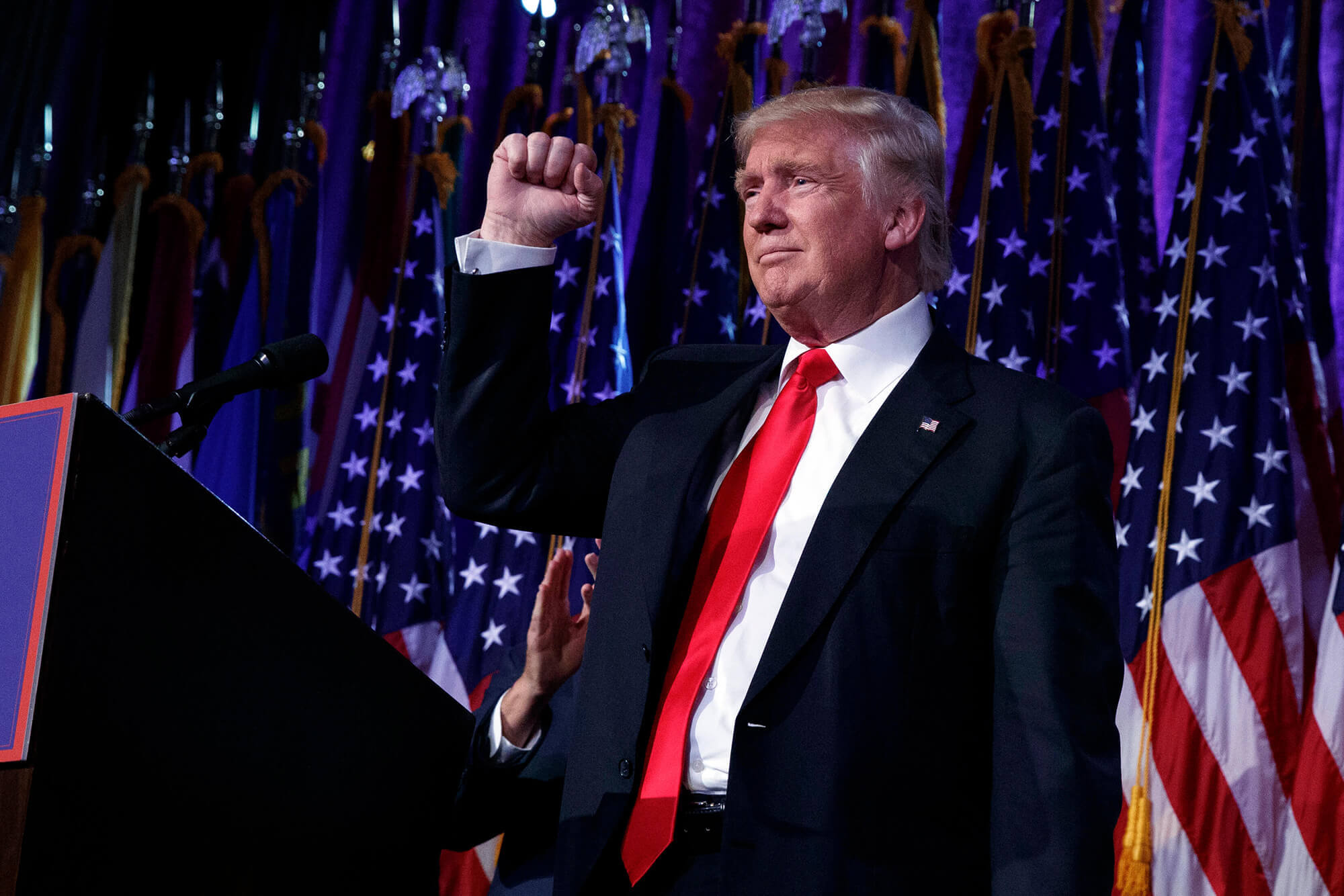 Donald Trump wins the 2016 U.S. presidential election held on Nov. 8, 2016. He will be the 45th president of the United States, to be inaugurated in Jan. 20, 2017. The election results roll in far past midnight, with some swing states too close to call until around 2:30 am; in the early hours of Wednesday morning Hillary Clinton concedes. Trump is the first candidate to reach the 270 electoral vote threshold, and wins three major swing states, including Florida, Ohio, and North Carolina. The result is considered an upset, considering the polls ahead of the election had Hillary Clinton in the lead.
Photo source: AP Photo/ Evan Vucci