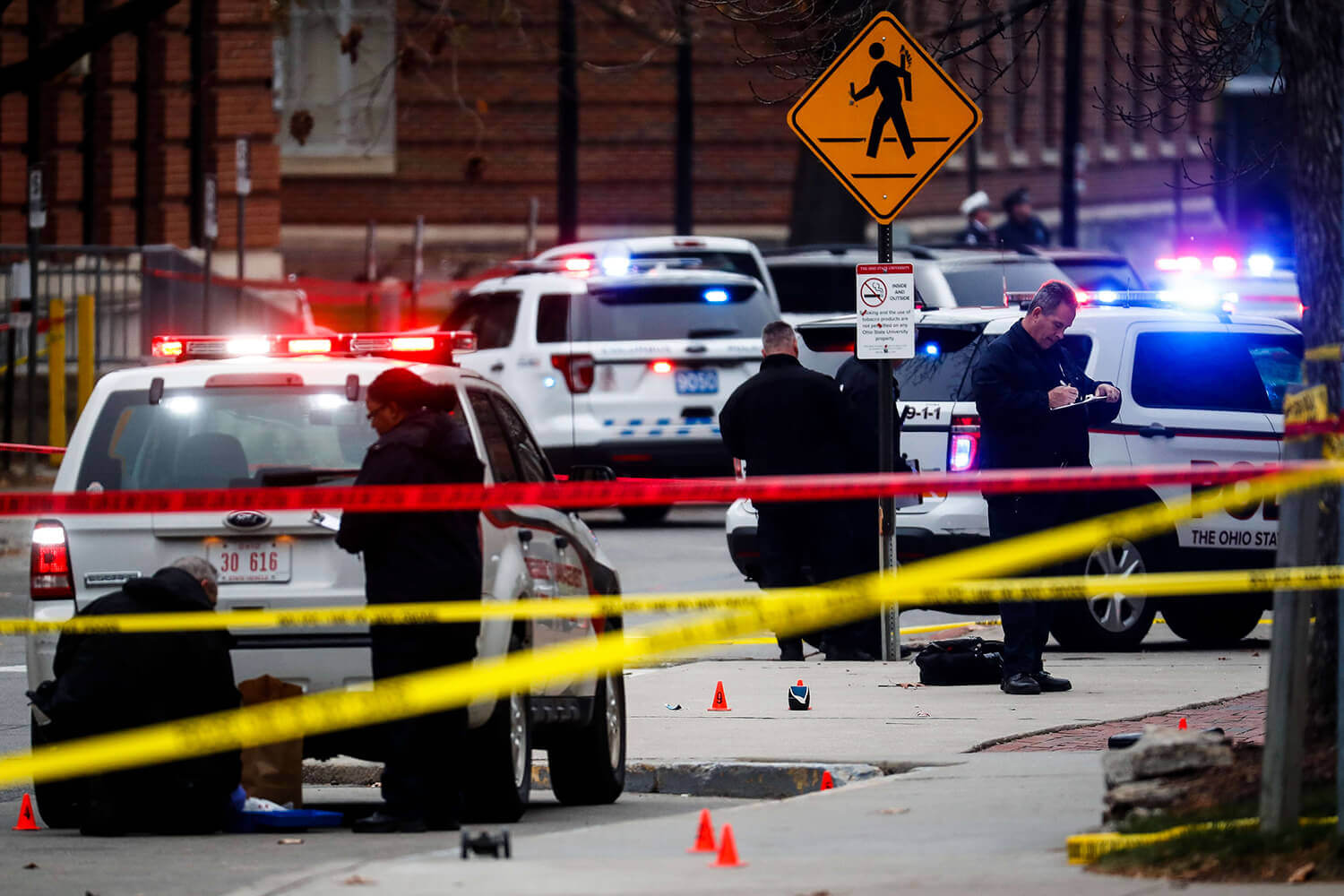 On Nov. 28, 2016, tragedy strikes at Ohio State University when a man named Abdul Razak Ali Artan crashes into pedestrians standing on the sidewalk and then attacks bystanders with a butcher knife. A university police officer, Alan Horujko, responds to the scene, engages with Artan, and then fatally shoots him. Eleven people are taken to local hospitals around Columbus, Ohio. Some of the victims suffer injuries from the car, others from knife wounds; one victim is in critical condition.
Photo source: AP Photo/John Minchillo