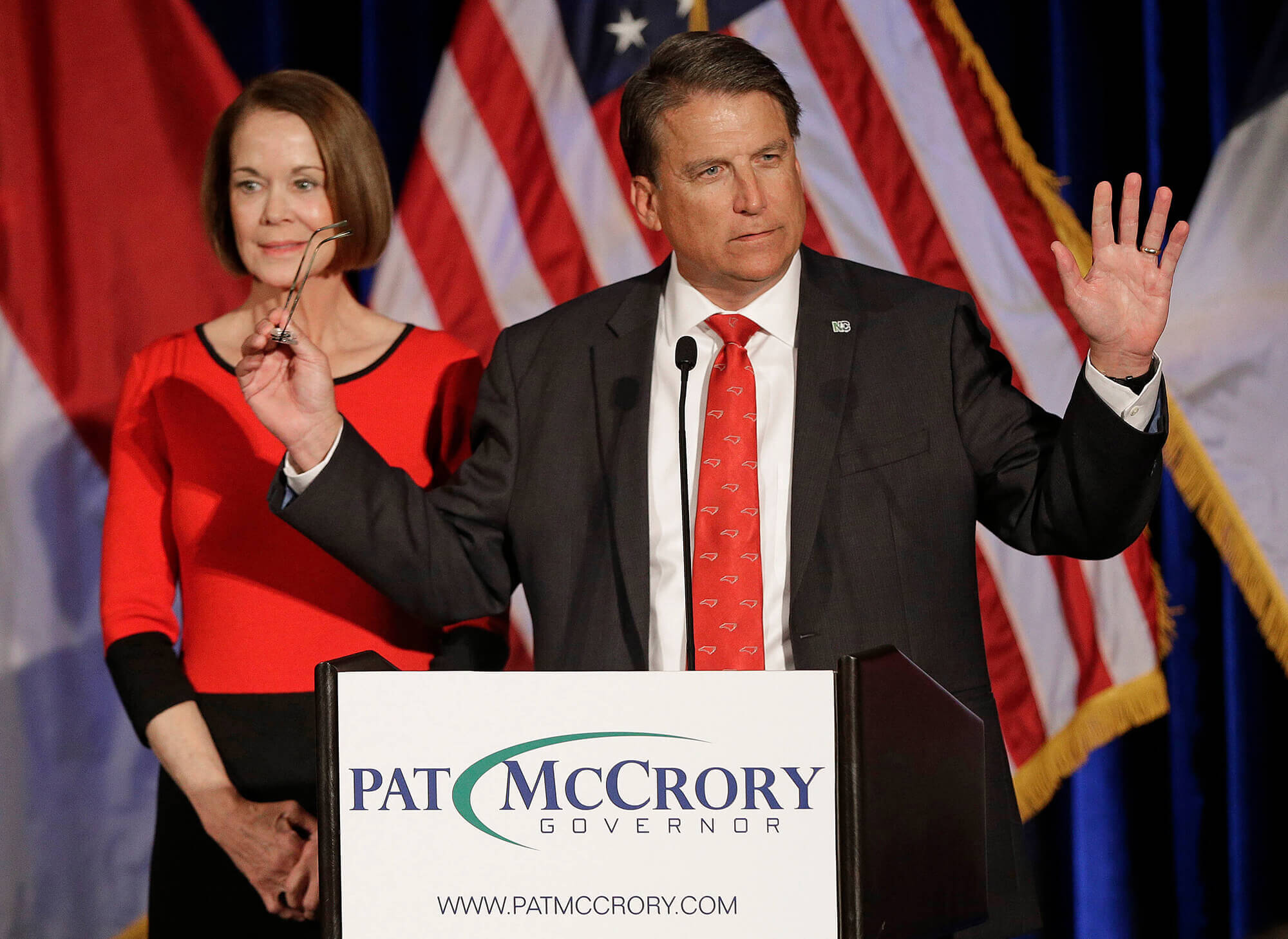 On Nov. 22, 2016, the governor of North Carolina, Pat McCrory, requests a recount in the gubernatorial race against Democratic opponent attorney general Roy Cooper. McClory requests a recount because the election results show him trailing by one-tenth of a point. A spokesperson for the election board states that a recount is mandatory if the votes are within a 10,000 vote margin. Right now Cooper is leading by 6,187.
Photo source: AP Photo/Chuck Burton