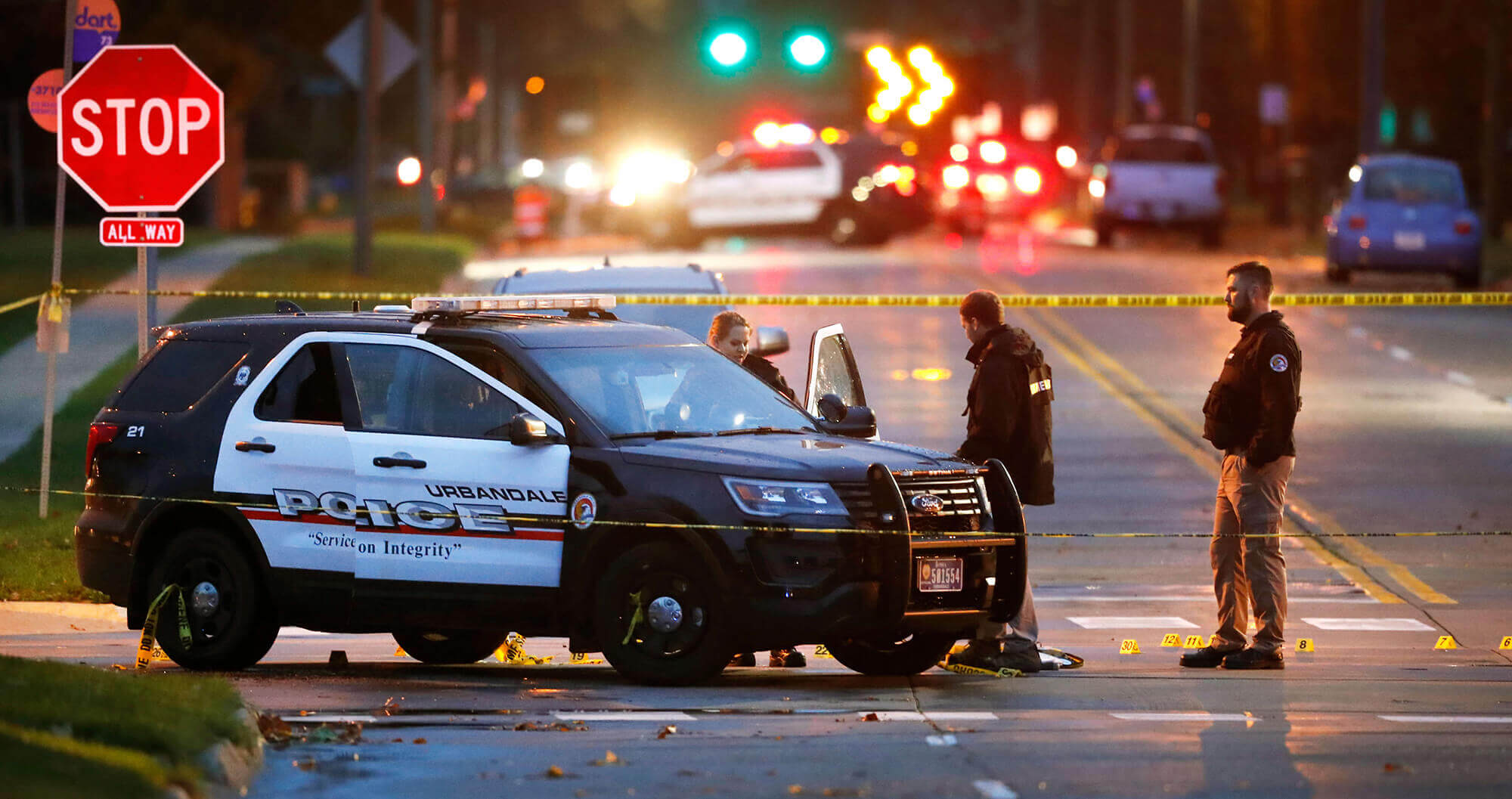 On Nov. 2, 2016, two police officers in Iowa are murdered in separate incidents by 46-year-old Scott Michael Greene. The police officers, both sitting in their patrol cars, were ambushed with no time to defend themselves as Greene opens fire. The first officer is Justin Martin, age 20, of the Urbandale police force; the second officer is Sergeant Anthony Beminio, a veteran of the Des Moines police force. Greene surrenders and is taken into custody shortly after.
Photo source: AP Photo/Charlie Neibergall