March 2016: Egyptian Man Hijacks Plane, Threatens to Blow It Up

Egyptian Man Hijacks Plane, Threatens to Blow It Up 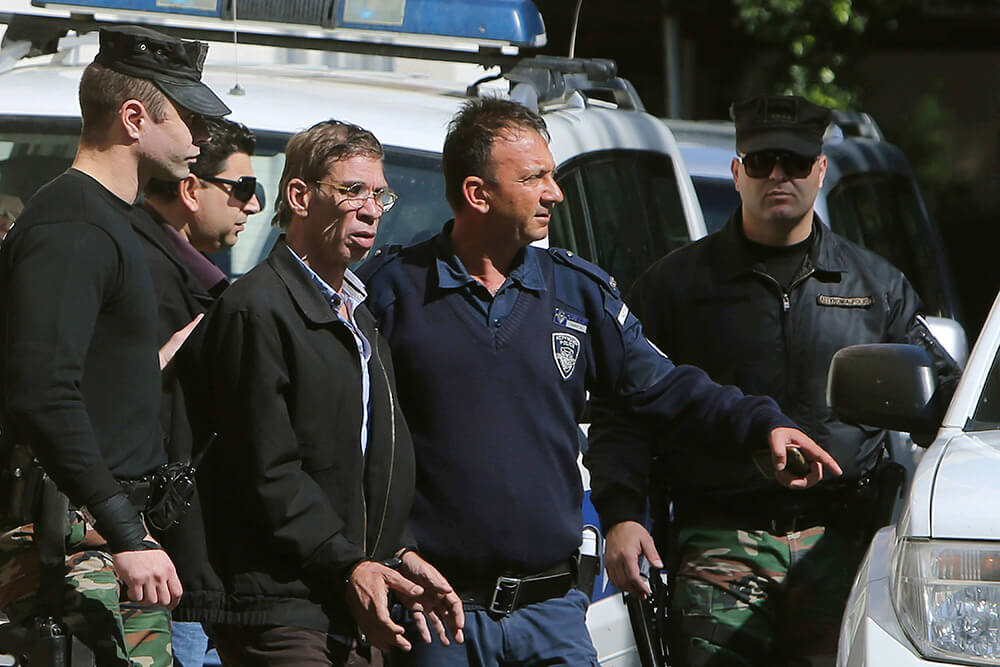 Cyprus police officers escort EgyptAir plane hijacking suspect Seif Eddin Mustafa, third right, to a court for a remand hearing as authorities investigate him on charges including hijacking, illegal possession of explosives and abduction in the Cypriot coastal town of Larnaca Wednesday, March 30, 2016. The Egyptian man described as "psychologically unstable" hijacked a flight from Egypt to Cyprus and threatened to blow it up. His explosives turned out to be fake, and he surrendered with all passengers released unharmed after a bizarre six-hour standoff.
Photo source: AP Photo/Petros Karadjias