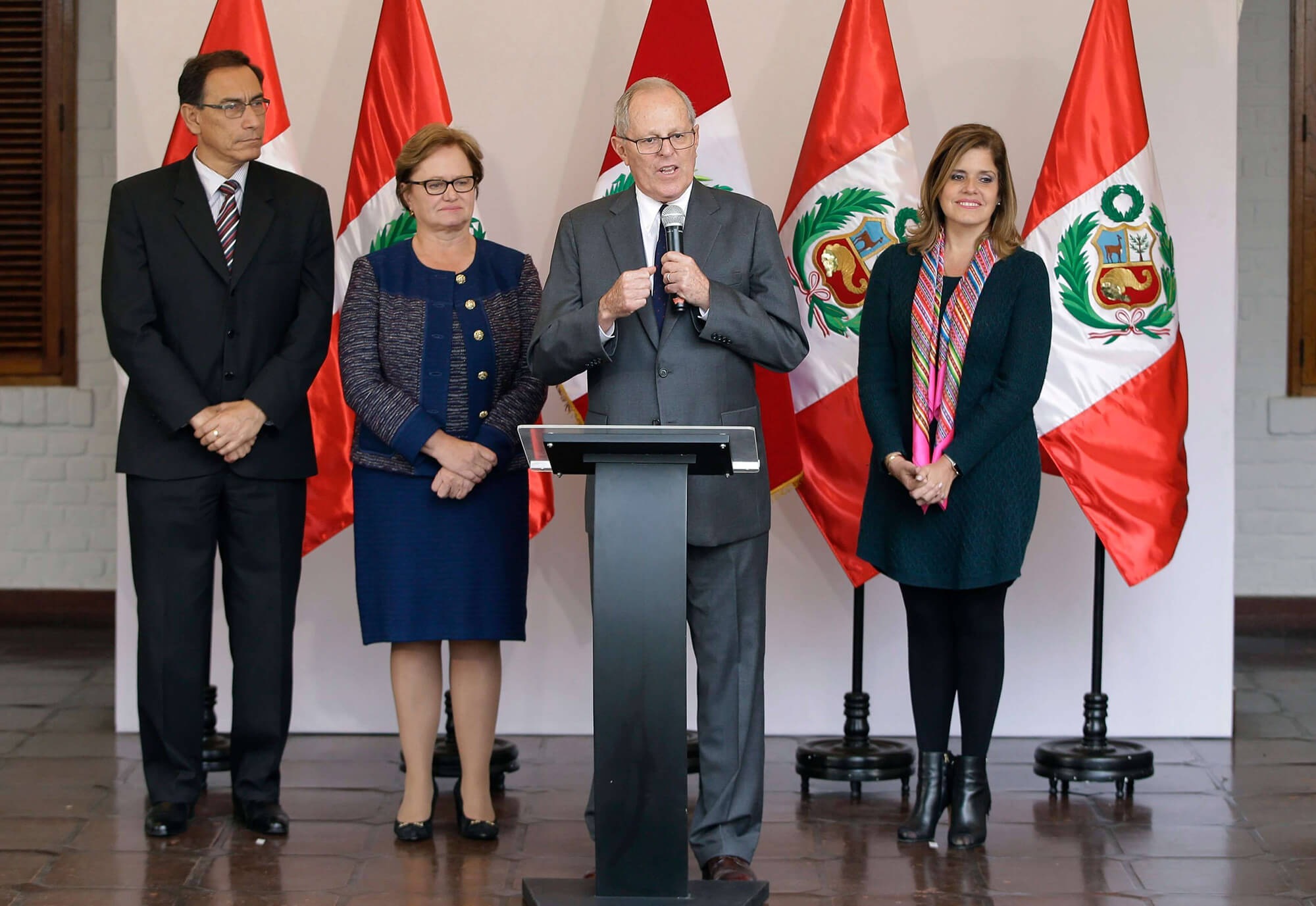 Pedro Pablo Kuczynski wins the Peruvian presidential election against Keiko Fujimori. Fujimori is the daughter one of Peru's previous leaders, Alberto Fujimori, who is currently serving jail time for corruption. It is a closely contested election; out of 17 million votes cast, Kuczynski wins by a mere 41,438 votes. After winning the election Kuczynski says, "We receive this virtual result with much humility because Peru has many challenges ahead."
Photo source: AP Photo/Martin Mejia