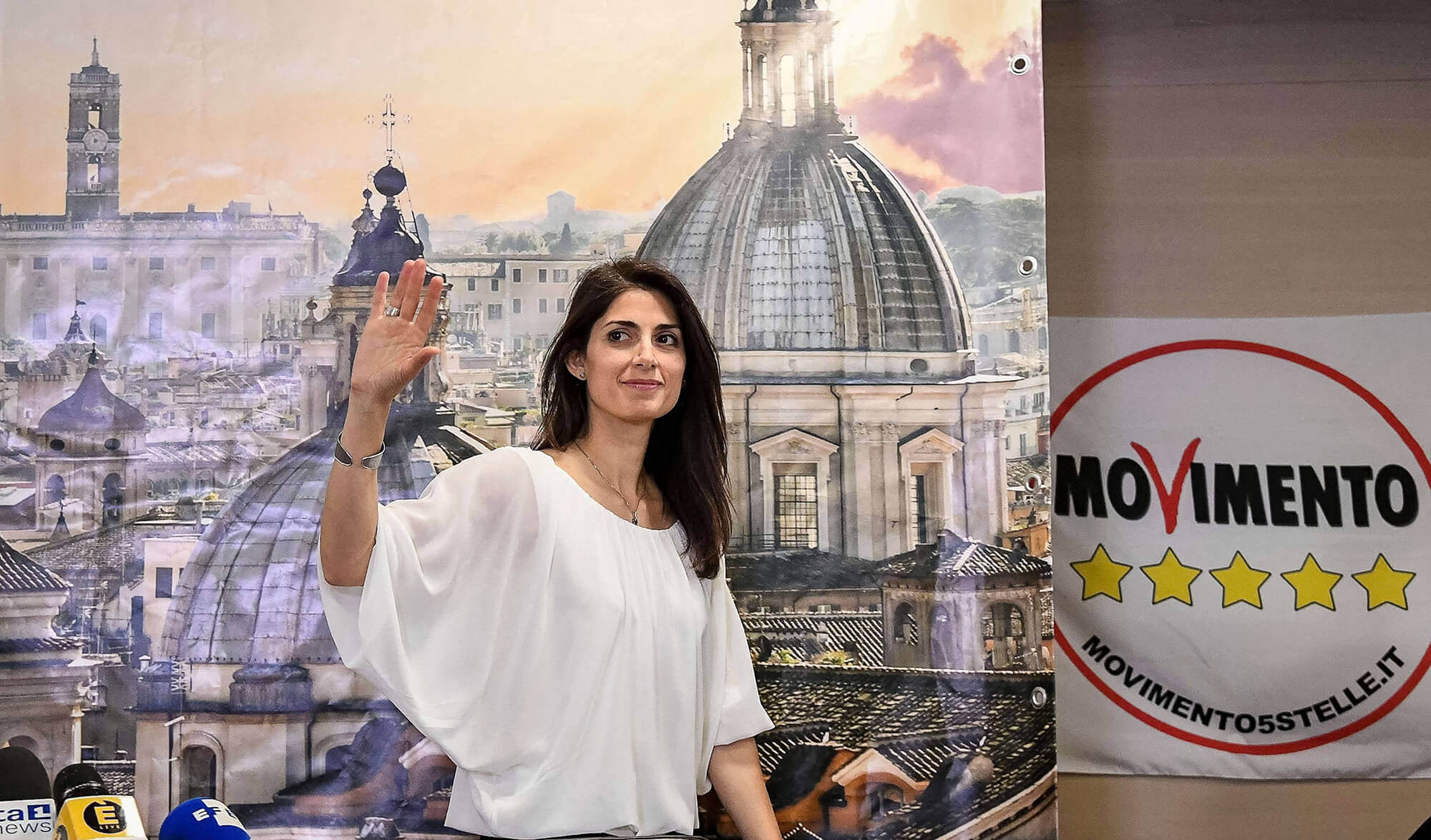 Virginia Raggi, a 37-year-old lawyer, is elected Rome's first woman mayor. She wins the vote in a sweeping victory against her center-left political opponent. Along with Raggi's landmark victory, another woman is elected to be a mayor; Chiara Appendino is now the mayor of Turin, another large city in Italy. Both women belong to the 5-Star Movement political party—this could cause issues for the current prime minister, Matteo Renzi, who belongs to the Democratic Party and is trying to push his referendum for political reform in Italy.
Photo source: Alessandro Di Meo/ANSA via AP