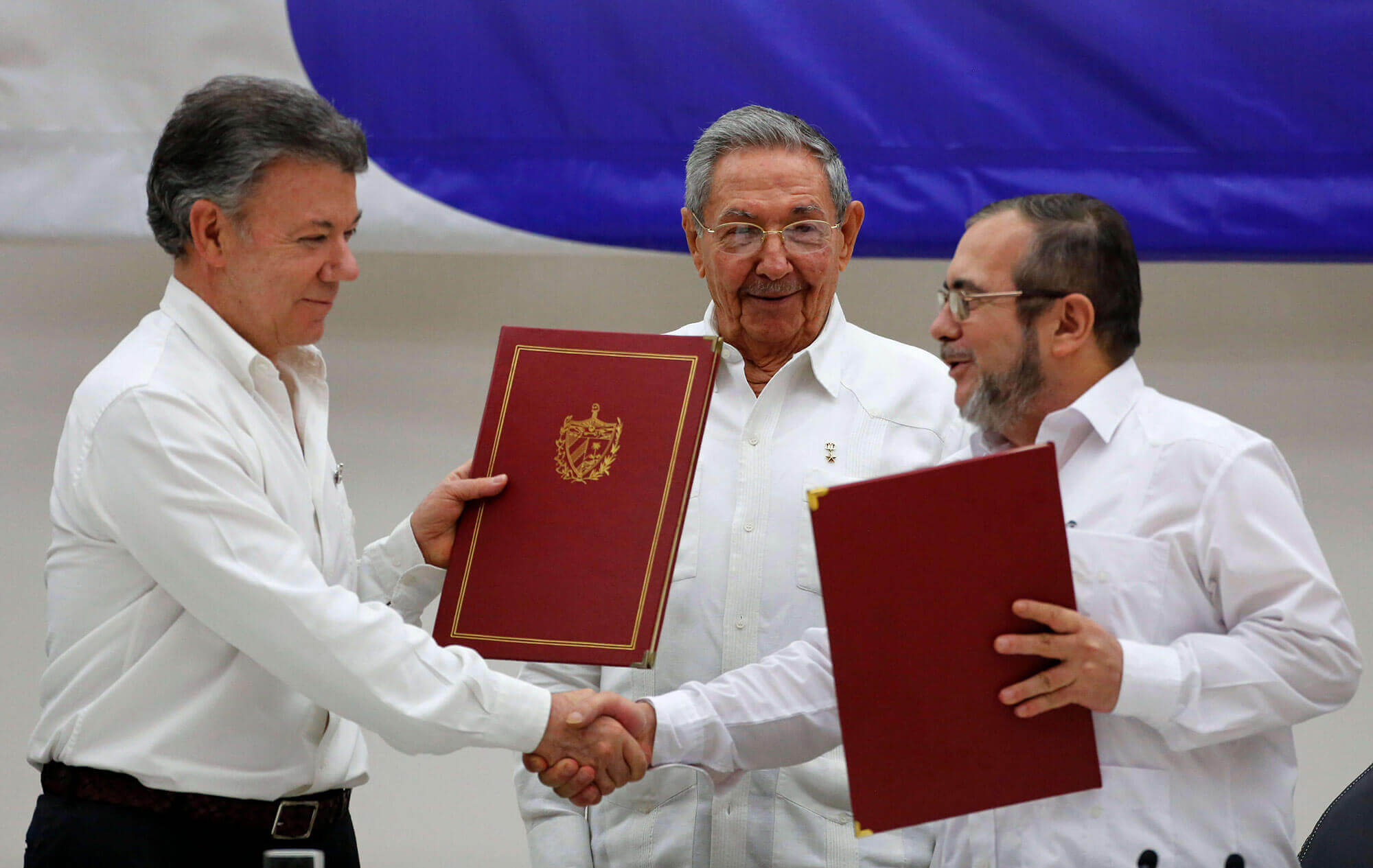 Announcing a cessation of hostilities on June 22, 2016, Columbians can celebrate the end of a costly war that beleaguered the country for more than half a century, causing more than 220,00 deaths and 6 million people to be displaced. An official ceasefire between the Colombian government and the Farc guerrillas will now go to referendum.
Photo source: AP Photo/Desmond Boylan