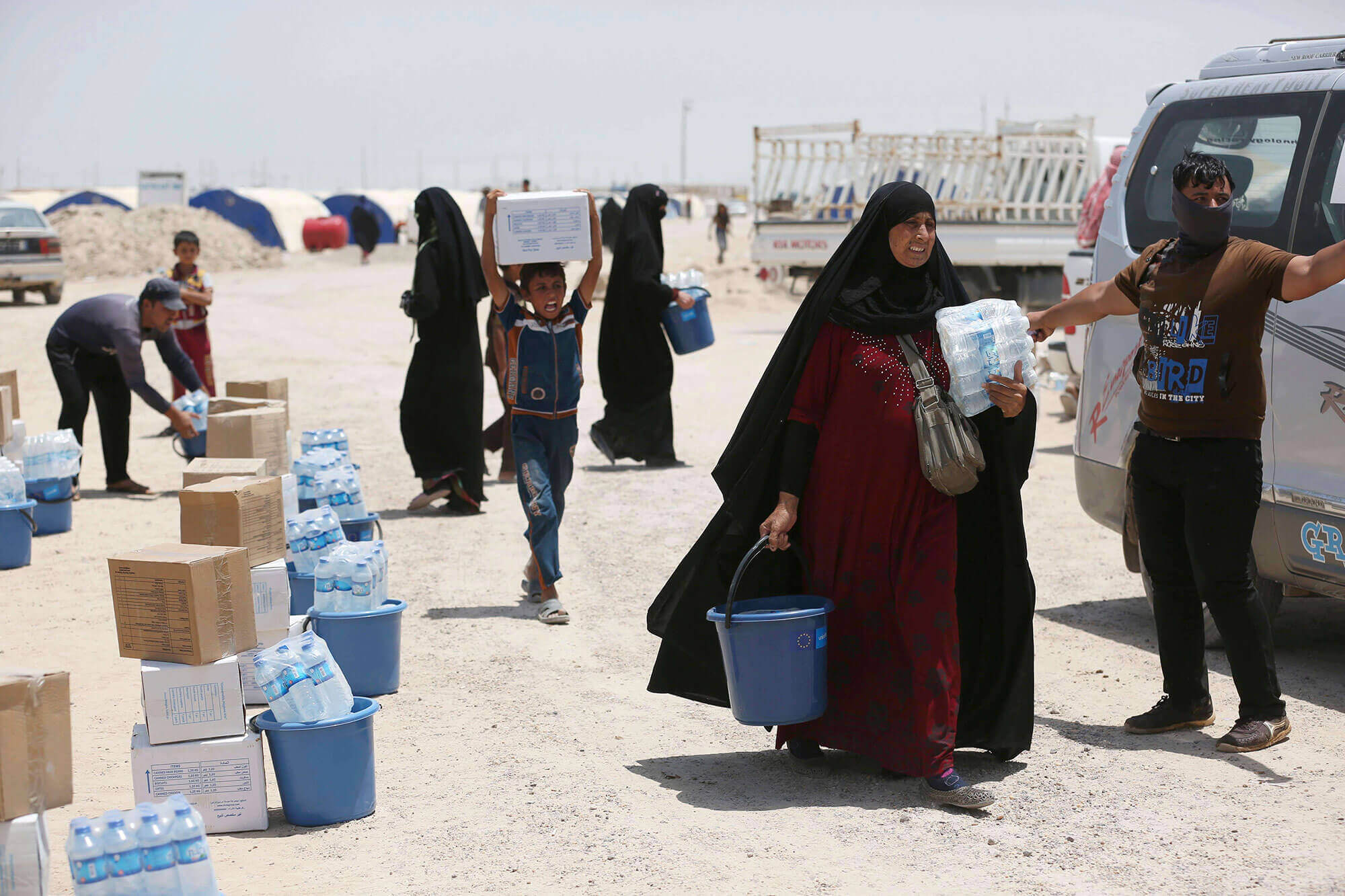 More than two years ago the militant group ISIS stormed into Falluja, Iraq and took over the city. Now after many months of fighting, Prime Minister Haider al-Abadi declares a victory; the city is back in Iraqi control as of June 18, 2016. However, it will be at least 6 months before displaced families can return to their homes; the city faces a serious refugee crisis, with tens of thousands who fled Falluja as ISIS retreated. Right now special forces are clearing and screening, trying to rid the city of all ISIS members and sympathizers.
Photo source: AP Photo/ Khalid Mohammed