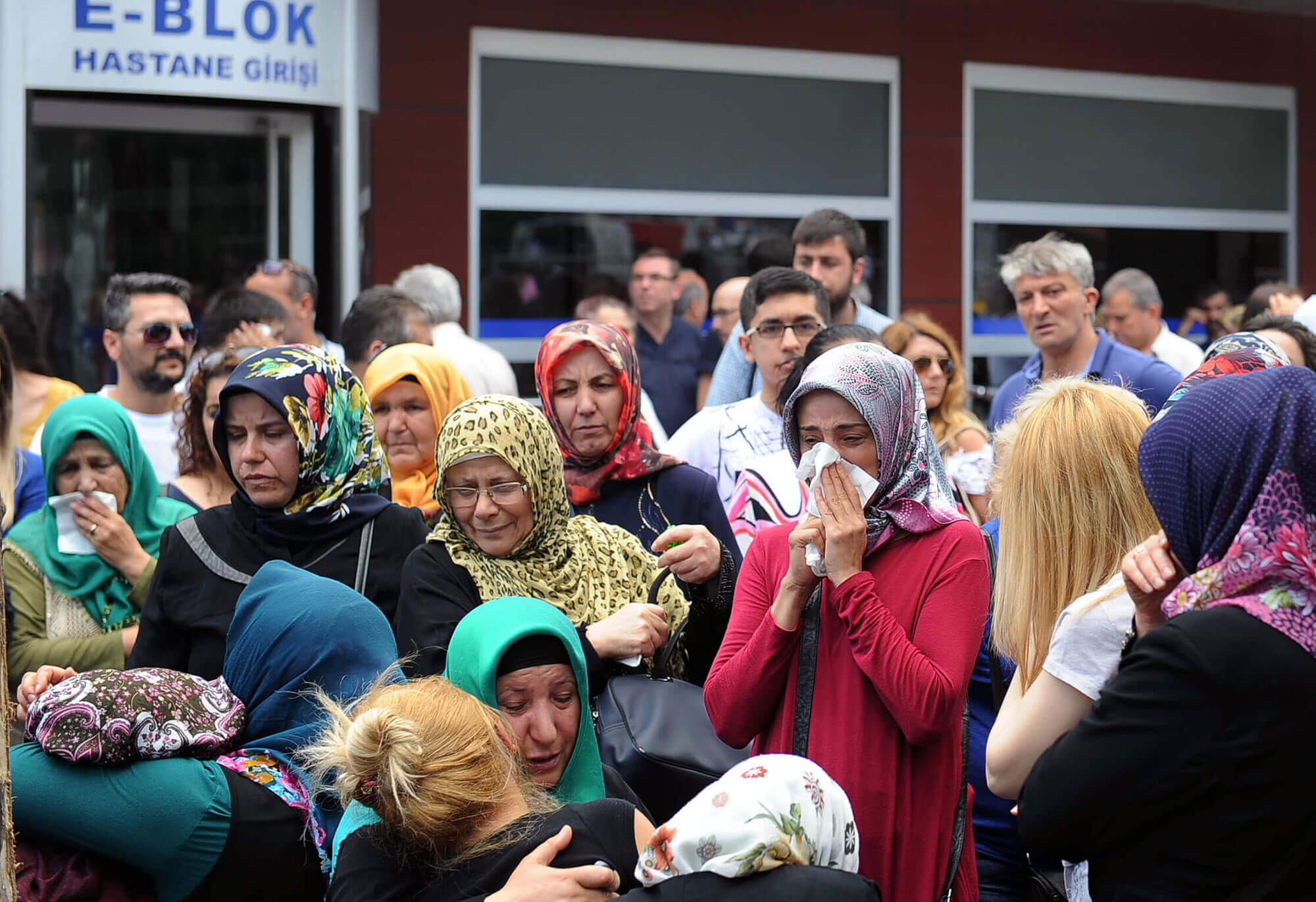 Three terrorists storm into the Istanbul Ataturk Airport in Turkey on June 28, 2016. The terrorists, armed with explosives and guns, open fire before detonating the explosives. More than 40 are killed, and hundreds more wounded. Those who survive the attack are led out of the airport by police, through a terrifying path of blood and shattered glass. Three days after the attact, no one has claimed responsibility.
Photo source: AP Photo/Omer Kuscu