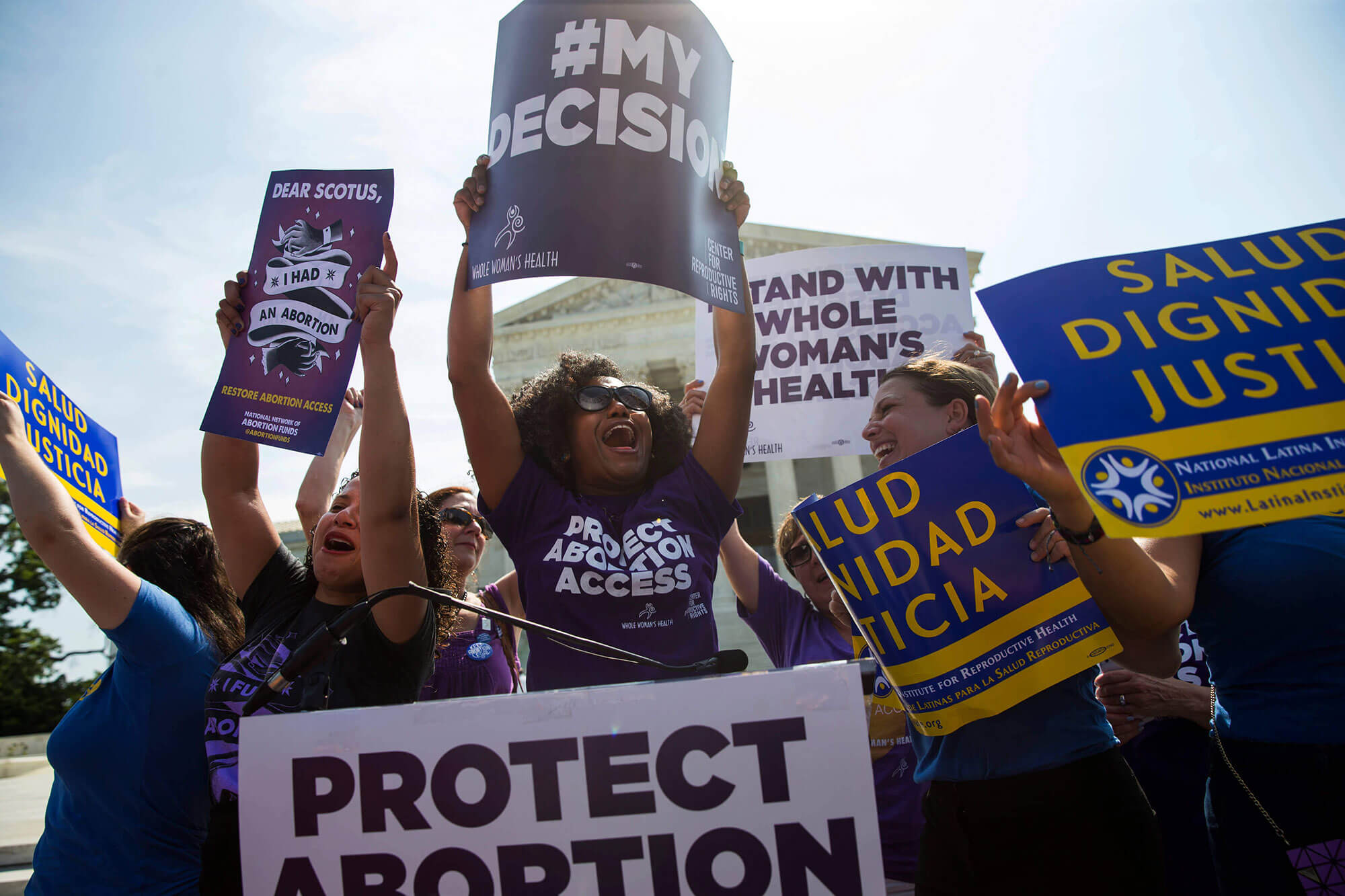 In a 5–3 decision on June 27, 2016, the Supreme Court decides that a Texas law imposed on abortion clinics is unconstitutional and provides an unnecessary burden on women seeking abortions. The law was previously upheld and approved by lower courts but is now overturned by the Supreme Court. Conservative Justice Kennedy provided the fifth and essential vote, siding with the liberals. During the period of time that the Texas abortion law was in effect, abortion clinics in Texas dropped from 42 to 19, with more set to close.
Photo source: AP Photo/Evan Vucci