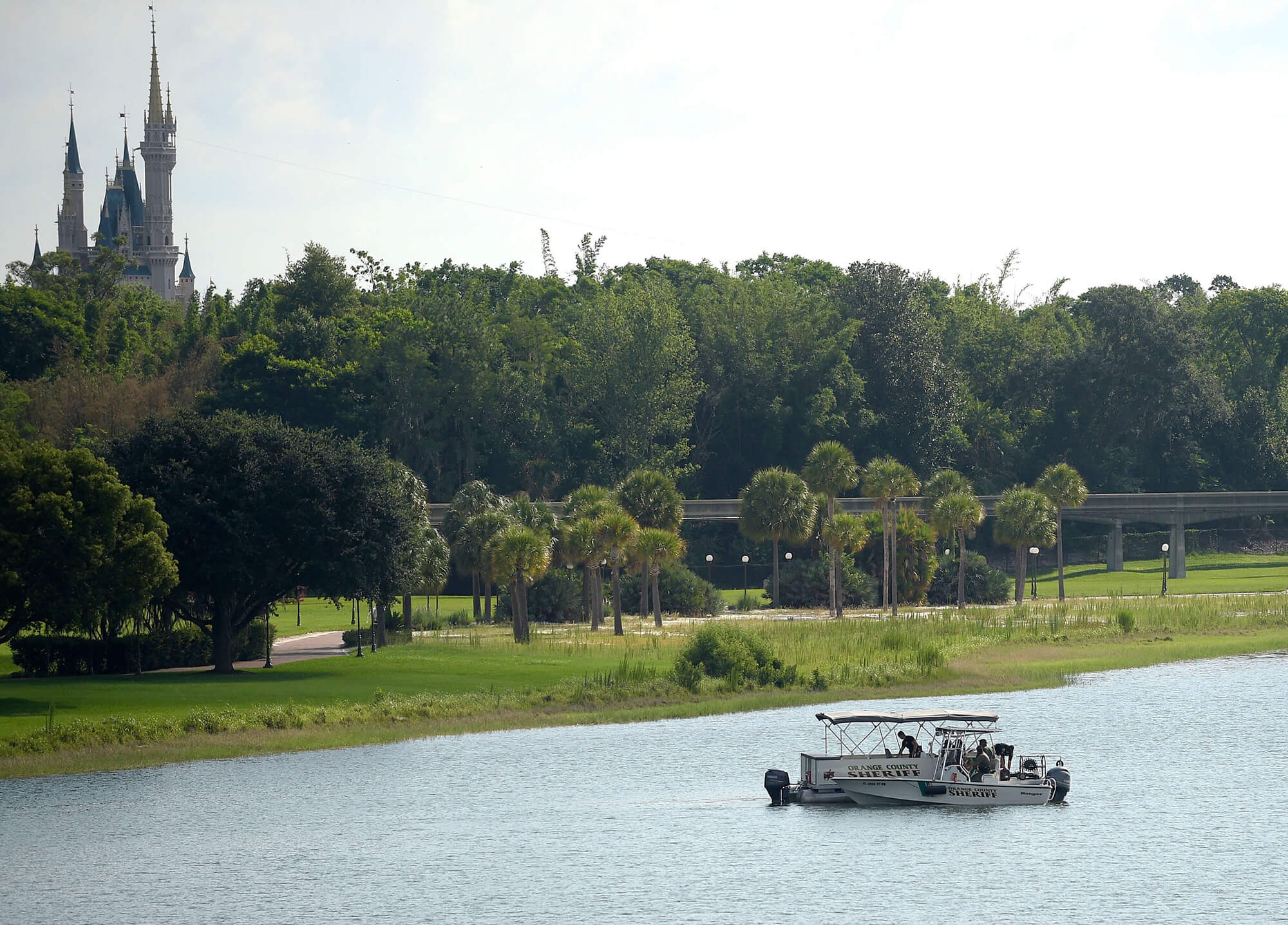 Another tragedy strikes in Orlando, Florida as a two-year-old boy is dragged off by an alligator. The family from Nebraska was wading in the Seven Seas Lagoon in a "No Swimming" zone when the boy was taken at 9:20 p.m. They were staying at the Grand Floridian Resort, which has a man-made beach connecting to the many canals that run throughout Orlando. After an exhaustive search involving over 50 law enforcement personnel, two marine teams, and an alligator tracker, the boy's body is found the next day.
Photo source: AP Photo/Phelan M. Ebenhack