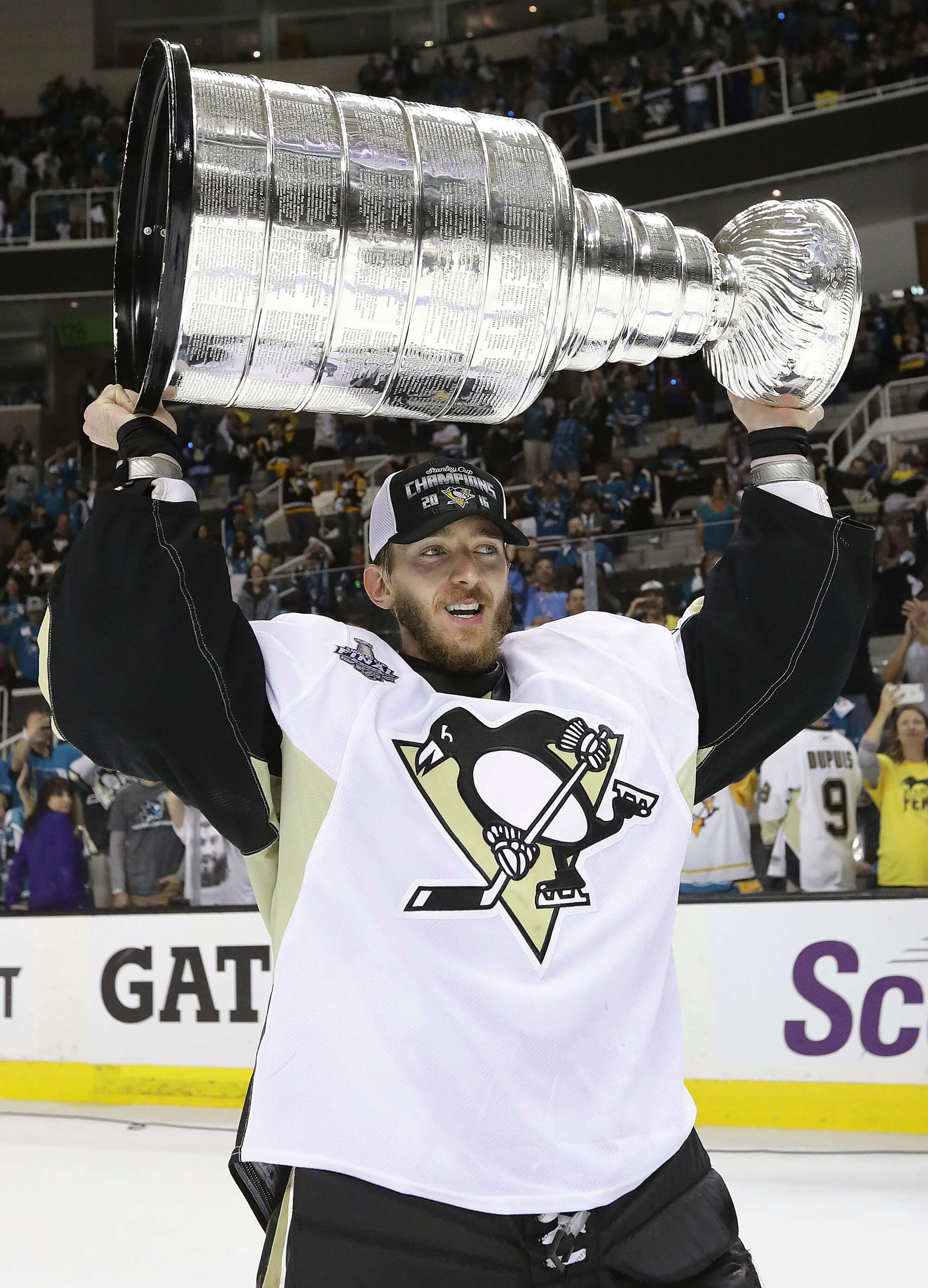 The Pittsburgh Penguins bring home their second Stanley Cup victory in the last 8 years on June 12, 2016. During game 6 the Penguins get the win over the San Jose Sharks, who have not won a Stanley Cup in over 25 years. This is the Pittsburgh Penguins' fourth Stanley Cup victory in franchise history, none of which have been won on home ice. Penguins hockey player Evgeni Malkin tells the press "We did a great job. Actually, tonight we worked so hard, we deserved to win."
Photo source: Bruce Bennett/Getty Images via AP