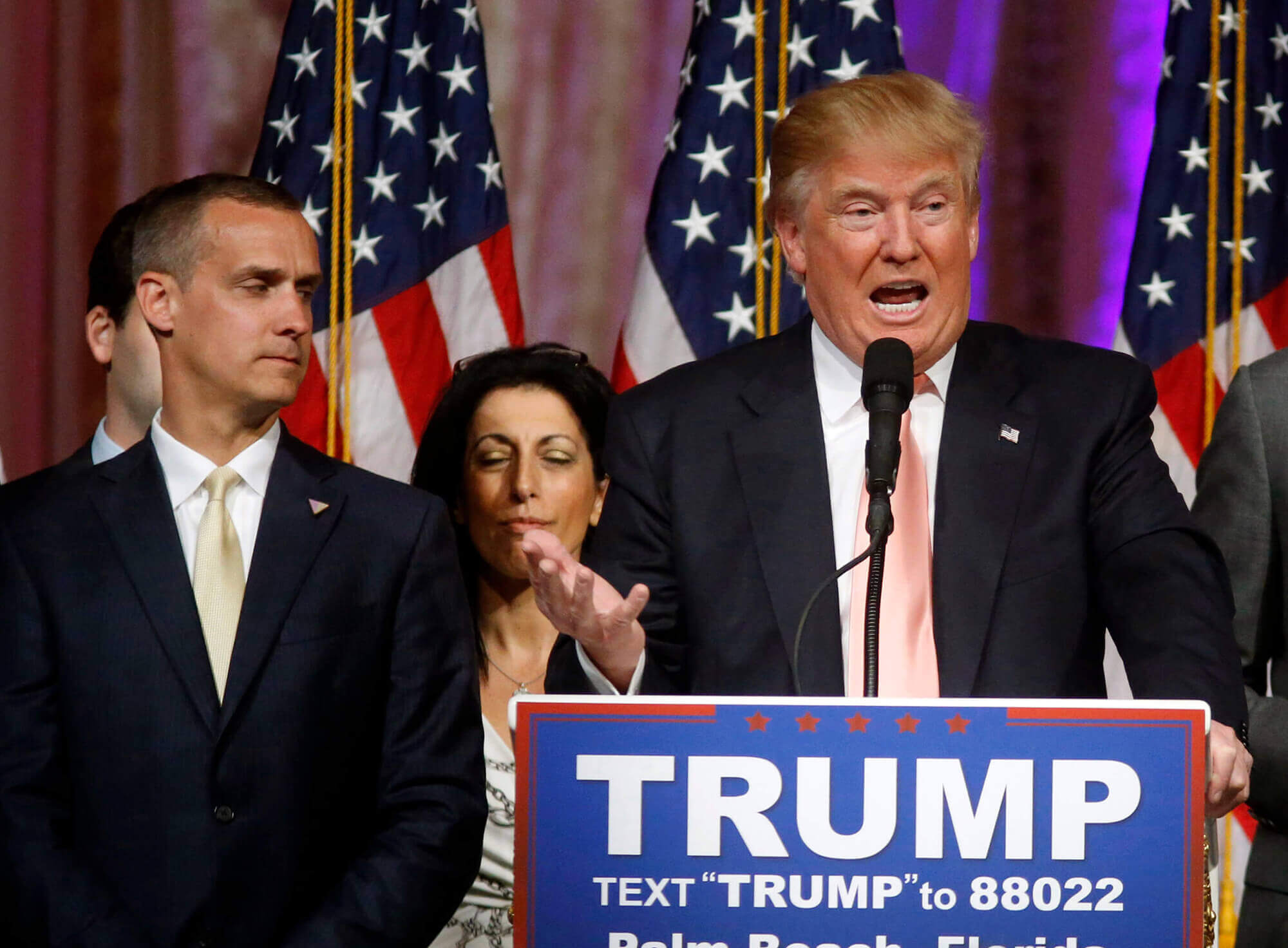 Donald Trump fires his campaign manager, Corey Lewandowski. Lewandowski had stated in an interview to MSNBC that his plan for Trump's victory was to "Let Trump Be Trump," but in recent weeks Trump has been slipping in the polls against Hillary Clinton. The firing came after both family members and other campaign staff expressed their dislike of Lewandowski's aggressive style. Trump explains, "It's time now for a different kind of campaign."
Photo source: AP Photo/Gerald Herbert