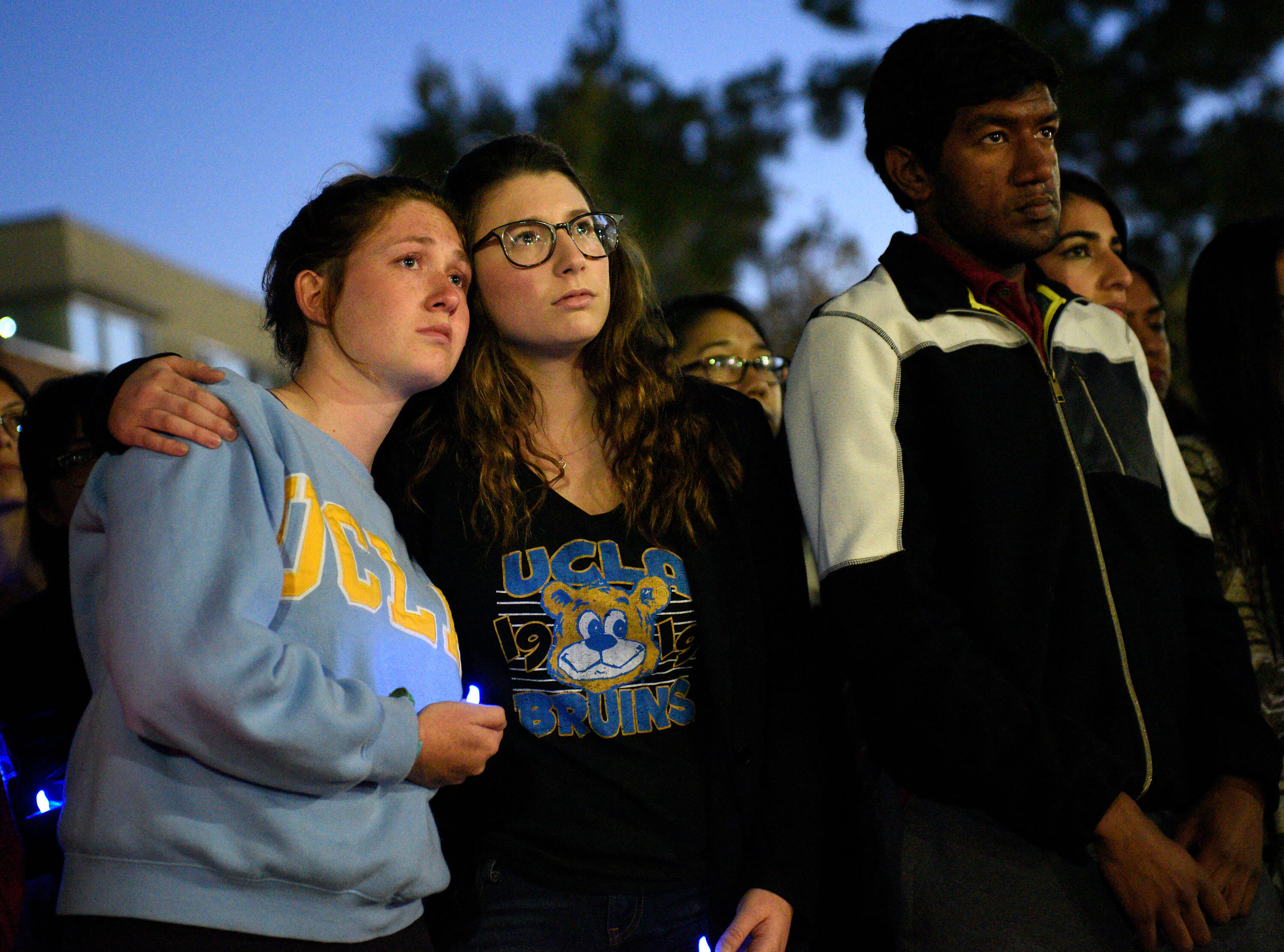 A former UCLA graduate student, Mainak Sarkar, 38, kills his wife in Minnesota before carrying two semi-automatic pistols and a grudge back to Los Angeles, where he fatally shoots engineering professor William Klug, 39, at a small office on the UCLA campus on June 1. Sarkar then kills himself. Based on a "kill list" that is found, he had intended to shoot a second professor as well.
Photo source: AP Photo/Kelvin Kuo