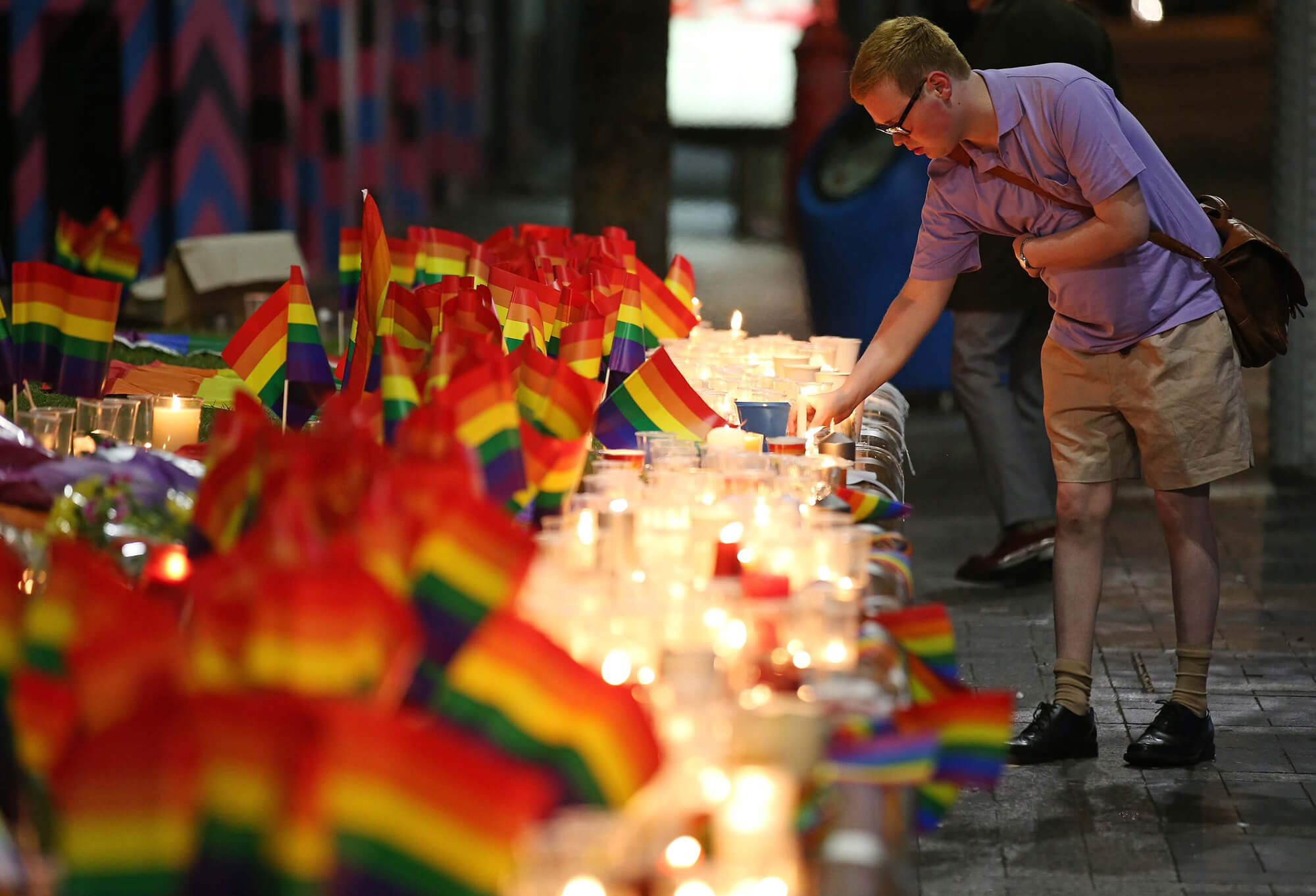 The worst mass shooting in modern U.S. history occurs in the early morning hours of June 12, 2016, in Orlando, Florida. During the attack Omar Saddiqui Mateen storms into Pulse, a gay nightclub, opens fire and kills 49 people and wounds 53. On the phone with law enforcement, he threatens further carnage, and expresses his allegiance to the Islamic State, praising the Boston Marathon bombing. After a three-hour standoff with law enforcement, the police chief decides to order an assault on Mateen, which leads to his death and the freeing of many hostages stuck in the club.
Photo source: AP Photo/Rick Rycroft