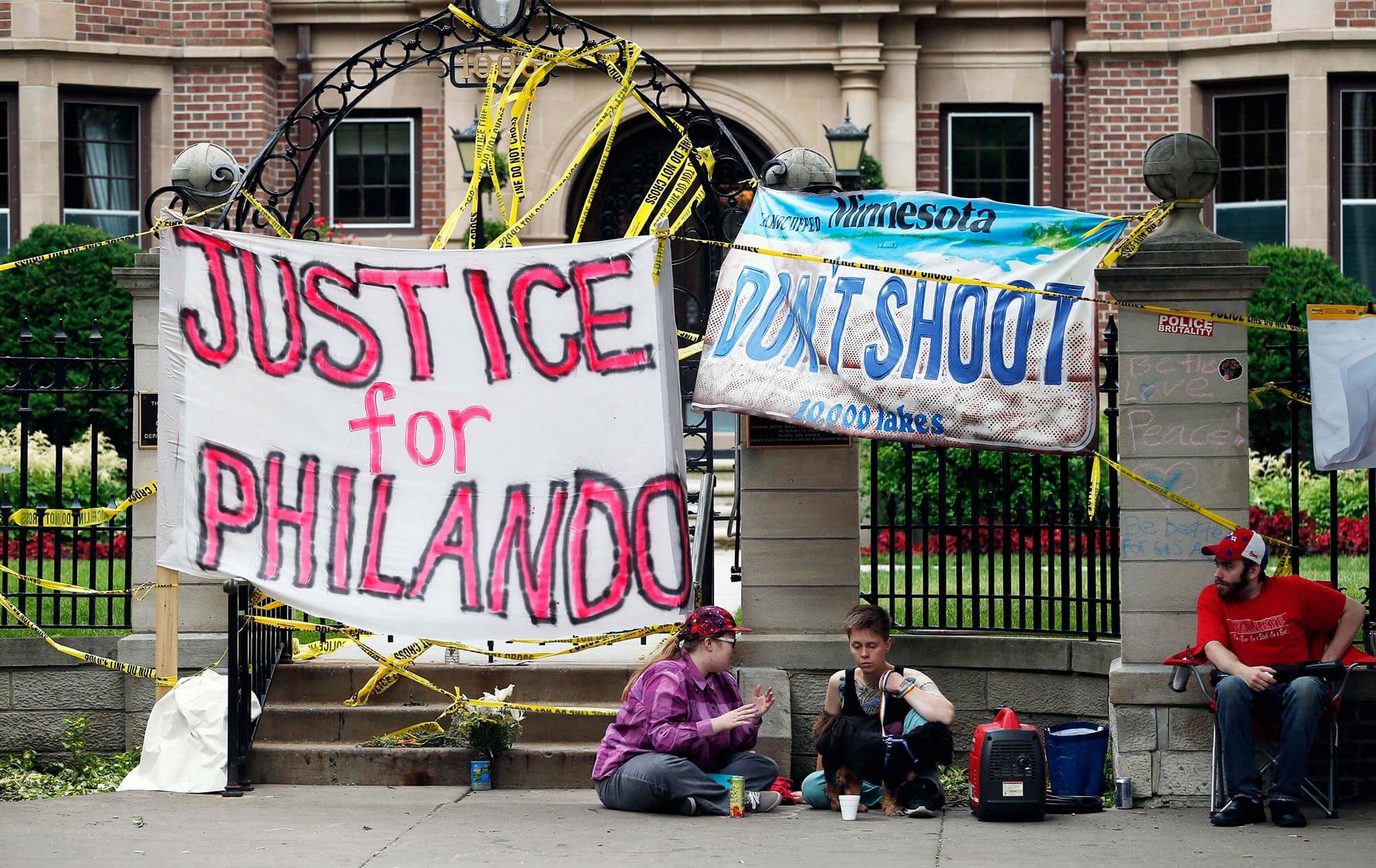 On July 6, 2016, Philando Castile is stopped by a police officer while driving because of a broken taillight in St. Paul, Minnesota. According to his girlfriend, Castile tells the officer he has a concealed weapon and carries a permit. When he reaches for his wallet, the officer proceeded to shoot Castile four times. His girlfriend starts streaming the incident live and the video goes viral. In the video the woman starts to pray to God, and then starts begging the officer as she realizes her boyfriend is not going to make it. The incident has sparked outrage nationwide.
Photo source: AP Photo/Jim Mone