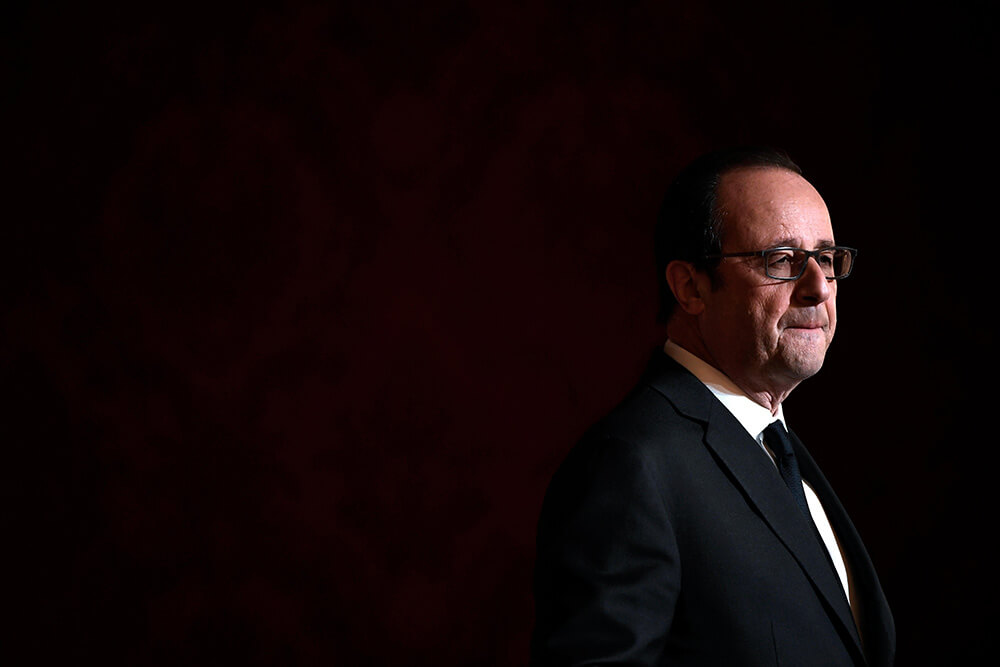 On Dec. 1, 2016, current French president FranÃ§ois Hollande announces that he will not seek reelection. Due to terrorist attacks and a sinking economy, Hollande has been one of the most unpopular presidents in France. The announcement surprises many because it is the first time in more than 60 years that a sitting president will not run for a second term in office. This announcement opens up the field; current prime minister Manuel Valls states that he will compete in the Socialist primary, along with a former economy minister Arnaud Montebourg.
Photo source: Lionel Bonaventure/Pool Photo via AP