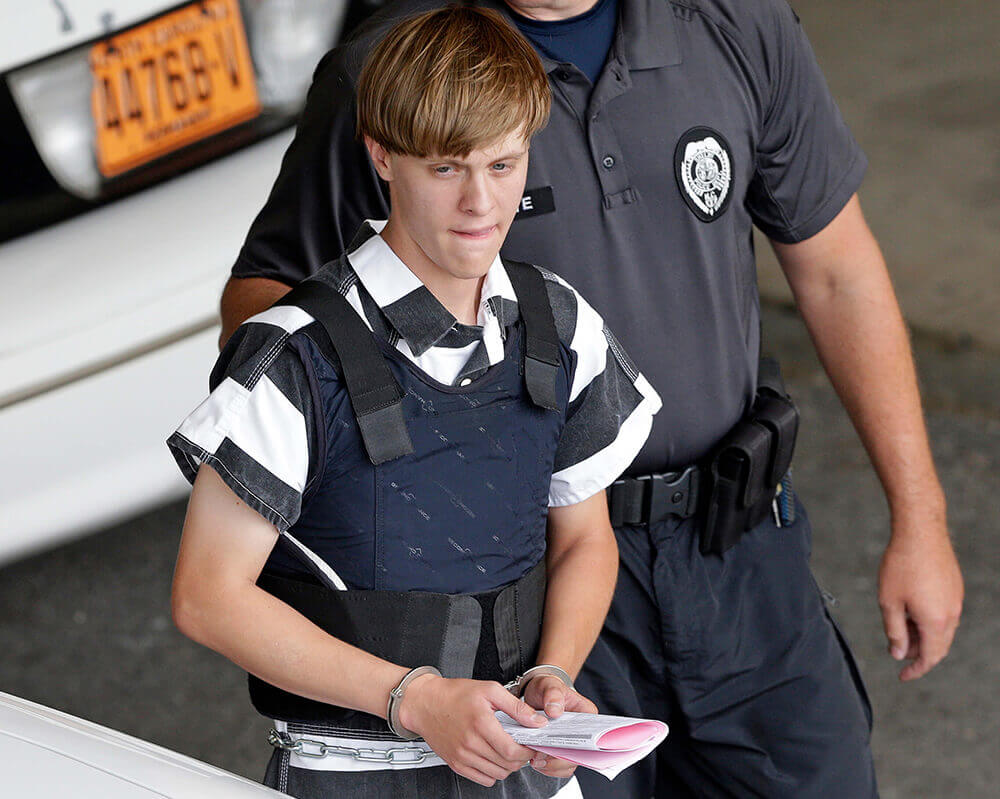 On Dec. 15, 2016, Dylann Roof receives a guilty verdict from a jury in Charleston, South Carolina. Roof is found guilty of storming into a church last year in and killing nine black people during Bible study. According to the prosecution, Roof had hoped to start a race war. On Jan. 3, 2017, Roof will return to court to face sentencing; he will receive either life in prison or the death penalty. So far he has represented himself, and says he will continue to do so.
Photo source: AP Photo/Chuck Burton, File