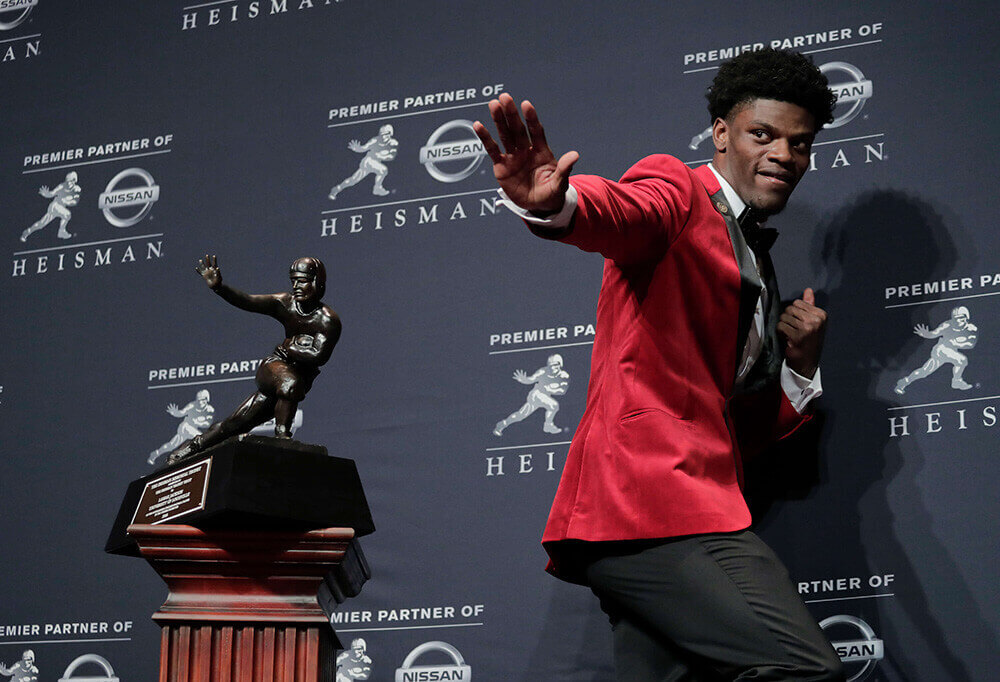 On Dec. 10, 2016, the University of Louisville quarterback Lamar Jackson wins the Heisman Trophy. This is the first Heisman Trophy for the Kentucky-based university. The award goes to the collegiate football player who exemplifies outstanding athletic capabilities and the pursuit of excellence and integrity. This past season Jackson had a remarkable 51 touchdowns and 4,928 total yards—the best season the university has ever seen. Jackson had this to say: "To be able to stand up here with all the former winners, I'm extremely proud to represent this class and Louisville as their first Heisman Trophy winner."
Photo source: AP Photo/Julie Jacobson