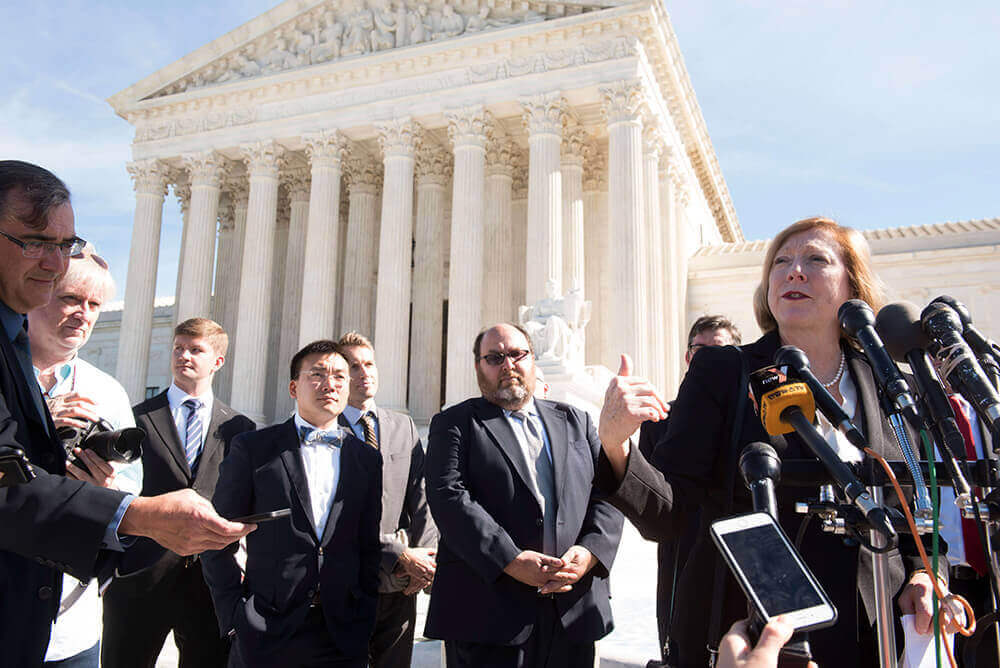 In a legal battle that has been going on since 2012, the tech company Samsung wins a more favorable ruling on Dec. 6, 2016. The Supreme Court decides that the original decision, in which Samsung was to pay Apple $548 million for patent infringement, was too severe. The Court decides that design infringements should not be fined so heavily as it is not the design of the product that is most important. The Court does not specify the changes to the damages—a lower court will do this—but it is likely that Samsung will be paying Apple far less than the original $548 million.
Photo source: Kevin Wolf/AP Images for Samsung