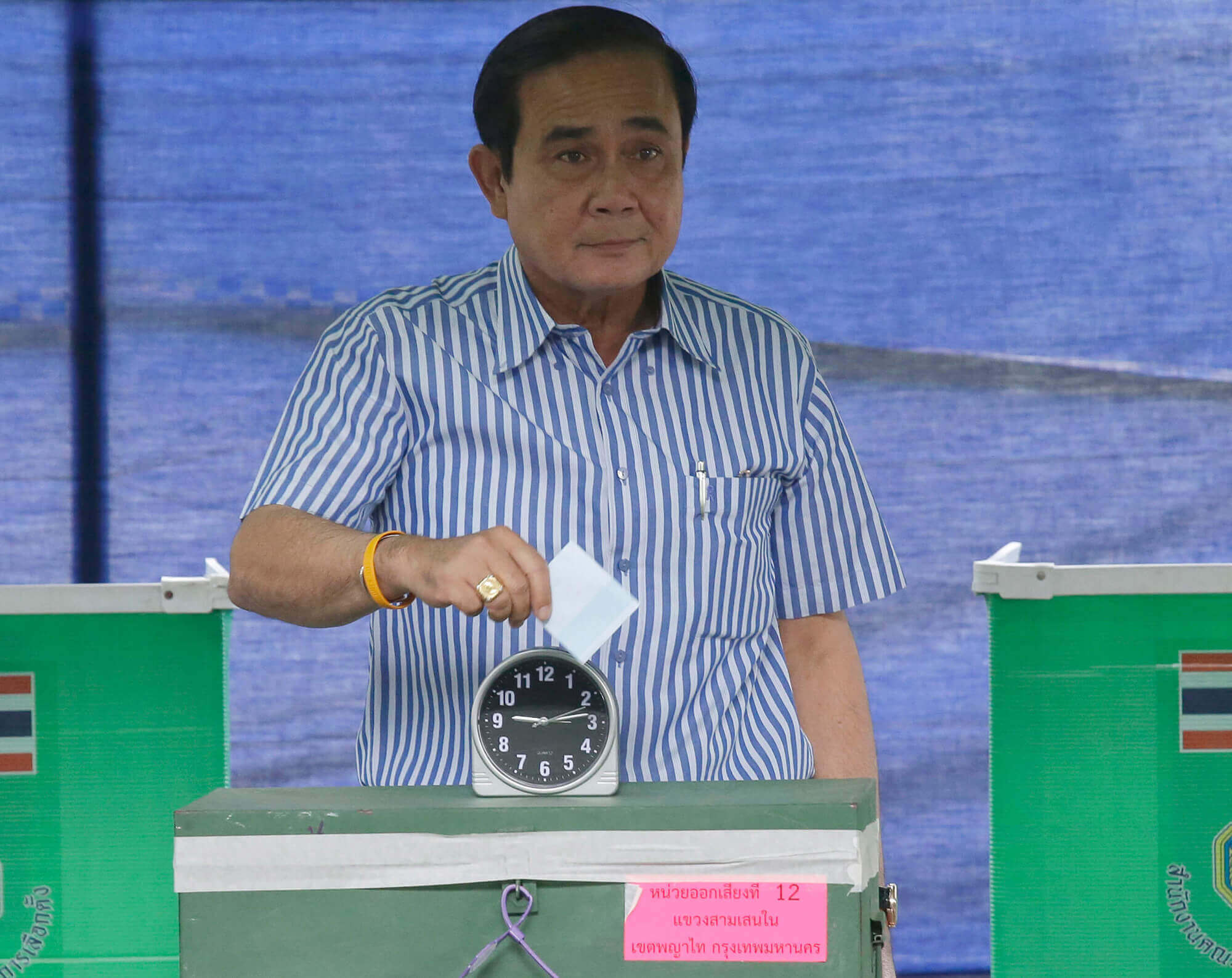 On August 7, 2016, Thailand holds an election that results in an approval for a military-based constitution. The positive vote paves the way for a general election to be held next year. Prime Minister Prayuth Chan-ocha encourages the citizens of Thailand to vote "Yes" in the ballots, hoping to legitimize his junta, which has been in power since a coup in 2014.
Photo source: AP Photo/Sakchai Lalit