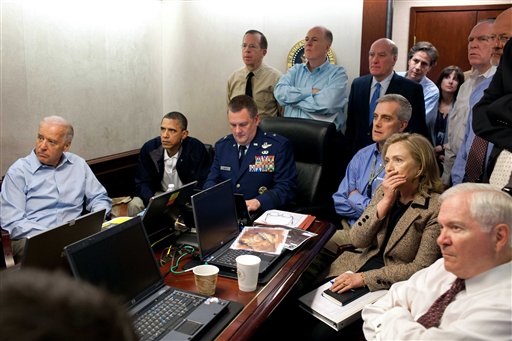 President Barack Obama, Secretary of State Hillary Rodham Clinton, Vice President Joe Biden, and the rest of the national security team listened and waited in the situation room in the White House as the mission to capture Osama bin Laden played out. It was later confirmed that on May 1, 2011, U.S. troops and CIA operatives shot and killed Al Qaeda's leader in Abbottabad, Pakistan.
Photo source: The White House