It?s been a busy week, from the sudden content shakeup of OnlyFans to the Taliban?s complete takeover of Afghanistan. Who has time to keep track of it all? That?s why we?ve boiled it all down to our top five stories of the week. 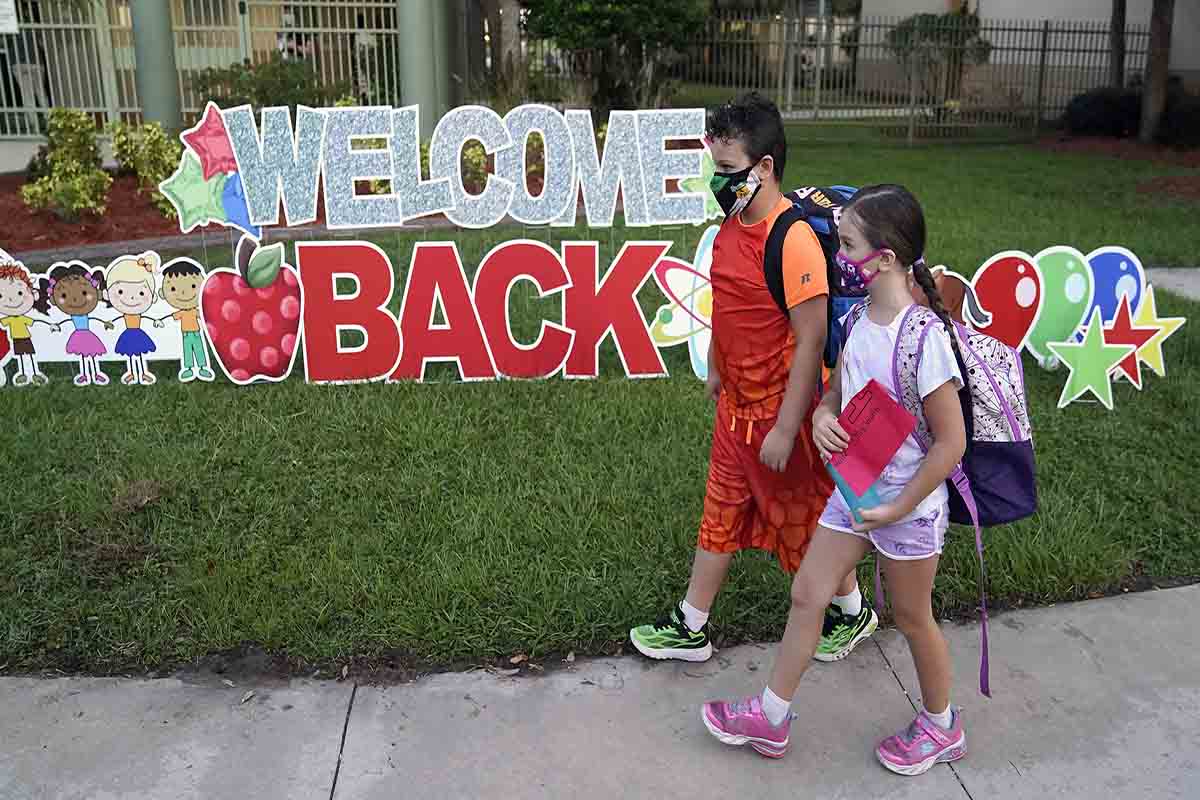 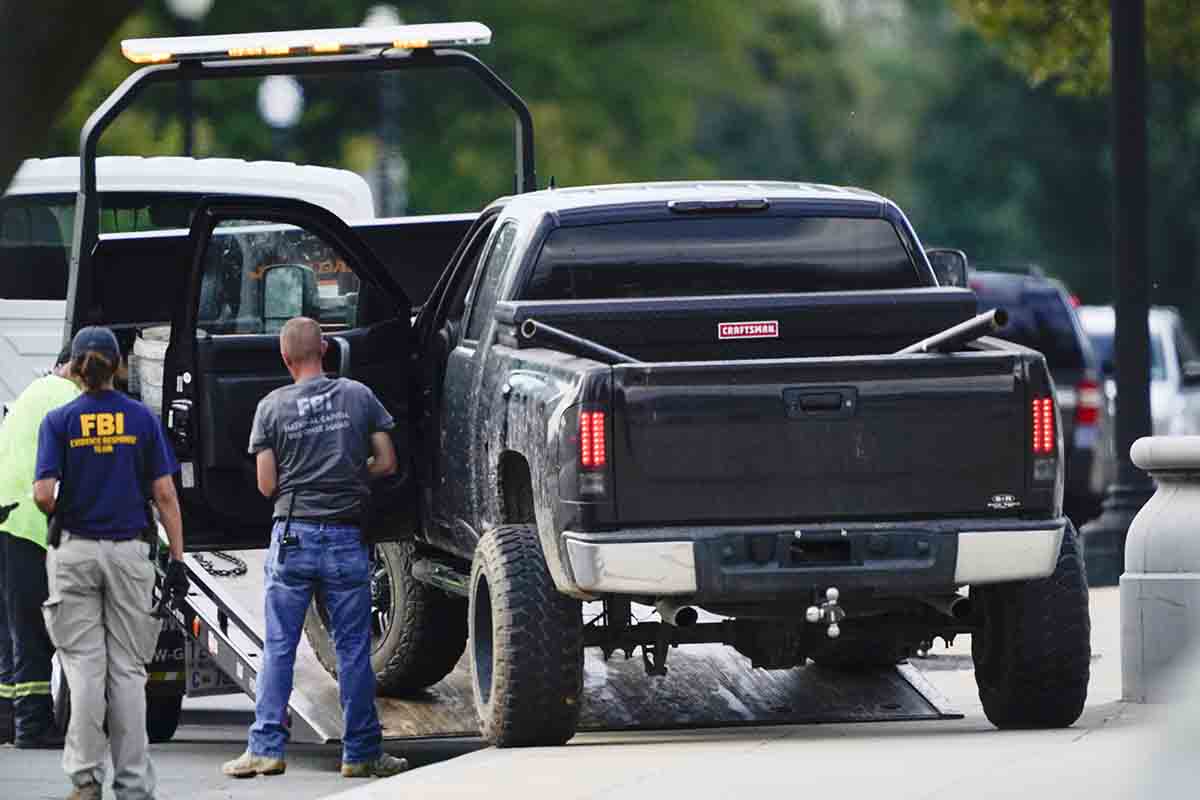 On Thursday, August 19, many people surrounding the US Capitol and Library of Congress building were evacuated due to a bomb threat. The 49-year-old suspect surrendered himself after a few hours of a standoff. His truck was identified as suspicious after it was spotted parked outside the Library of Congress. The Library of Congress is across the street from the Capitol building and Supreme Court. Congress is not currently in session, but there were some employees still present in the building. Police evacuated people from all surrounding buildings. Once the man surrendered, they investigated the vehicle but have not released details. As of now, the man?s motives are currently unknown.
Source: BBC

Learn more about the history of the Library of Congress 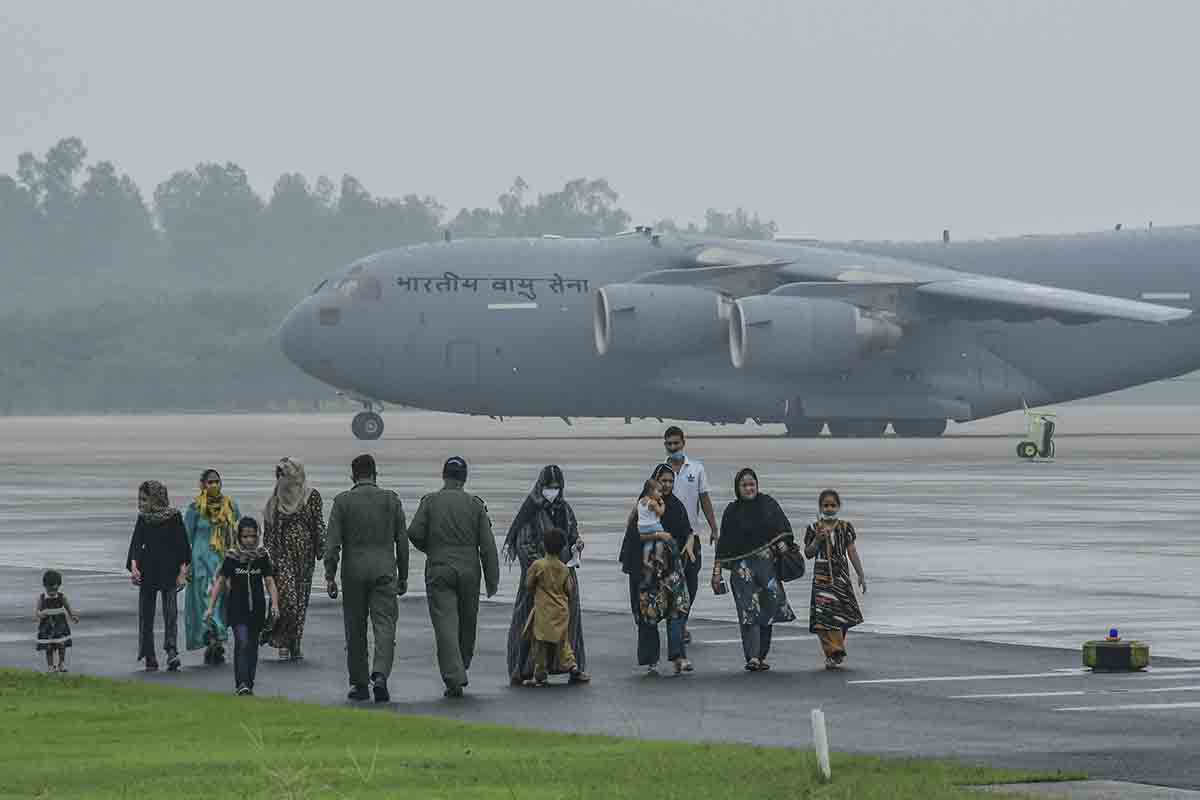 On Sunday, August 15, the Taliban entered Kabul. The US hadn?t anticipated such a fast entering, with the Biden Administration predicting that it would be months before Afghan forces retreated. The hope was that there would be enough time for US troops to safely retreat.[1] However, the Taliban was able to enter the presidential palace in Kabul with little resistance. President Ghani had evacuated the area only a few hours before, avoiding a bloody takeover. An apparent ?handover? ceremony showed three Afghan government officials overseeing the Taliban?s claim to the palace.[2] On Monday, August 16, the Taliban set up checkpoints throughout Kabul in an attempt to identify remaining officials and military forces. Citizens scrambled to paint over images of uncovered women despite the Taliban?s claims that women will have more rights this time around. During their last time in power, the Taliban did not allow women to leave the house unless accompanied by a man and adorned in a burqa, so many women are currently living in fear and the streets of Kabul were noticeably more bare.[3] Elsewhere, airports were scenes of chaos as many people tried to block US troops from leaving. People were seen hanging on to planes as they flew away, many falling to their death. Services to Pakistan, India, and the United Arab Emirates have been the most affected.[4] On Monday, August 16, President Biden returned to the White House to address the crisis in Afghanistan. Thus far, the president has continued to support his decision to withdraw troops, though his approval ratings appear to be slipping. Senior officials have placed most of the blame on the country?s defense forces; however, it has admitted to miscalculating the amount of time it would take for the Taliban to gain control.[5] During his speech, President Biden stated that he may leave US troops past the withdrawal date to ensure that all Americans who want to leave Afghanistan are safely able to do so. However, he did state that it is expected to have all US citizens out by August 31. President Biden also stated that he does not see this crisis as a failure and does not believe the withdrawal could have been handled better.[5] On Wednesday, August 18, it was reported that President Ghani had emerged in the United Arab Emirates. Ghani?s whereabouts had not been known for a few days after he fled Kabul. Ghani spoke out, stating he left the country in an attempt to avoid bloodshed and not because he had accepted a large amount of money, which was rumored. Had he not left, it is likely Ghani would have been hanged in front of the Afghan people, creating a disaster.[6] On Wednesday, August 18, the US embassy warned that the government cannot ensure safe passage to the airport. US citizens who were previously told to shelter in place, are now in a scramble to get to the airport after the embassy announced flights will leave on a ?first come, first serve? basis. The airport, while flights are now leaving, has been in a state of chaos since Monday. At least 5,000 people have been evacuated despite the chaos. The US has stated that the military hopes to increase that number soon.[7] On Friday, August 19, Afghan people saw what rule under the Taliban may be like, despite the group?s promises to be more peaceful and open-minded. Many relatives of reporters were killed over the last week as the Taliban searched for reporters. These deaths have concerned people who believed the Taliban?s claims that this new regime will be more ?inclusive.?[8] On Saturday, August 21, Facebook announced a new feature designed to protect those in Afghanistan. The platform disabled the ability for people to search the ?Friends? list for accounts in Afghanistan in an attempt to protect people living there. LinkedIn has also taken steps to protect people as claims come in that the Taliban is using social media to track down opponents. Profiles have essentially been locked and are now only accessible by those who are already friends. Facebook has also added pop-up alerts to help guide people on how to protect their accounts during this time.[9] On Saturday, August 21, Greece installed a 25 mile fence and new surveillance system on its border with Turkey due to concerns about an increase of Afghan migrants. Turkey has urged Europe to take responsibility for some of the migrants as people continue to flee the area. Turkey has kept borders fairly open for the last few years, which many other countries have claimed creates a surge in the EU overall. Europe continues to prepare for the predicted influx.[10]
Source: [1]CNN [2]CNN [3]CNN [4]CNN [5]CNN [5]CNN [6]CNN [7]CNN [8]CNN [9]BBC [10]BBC

Who Are the Taliban? 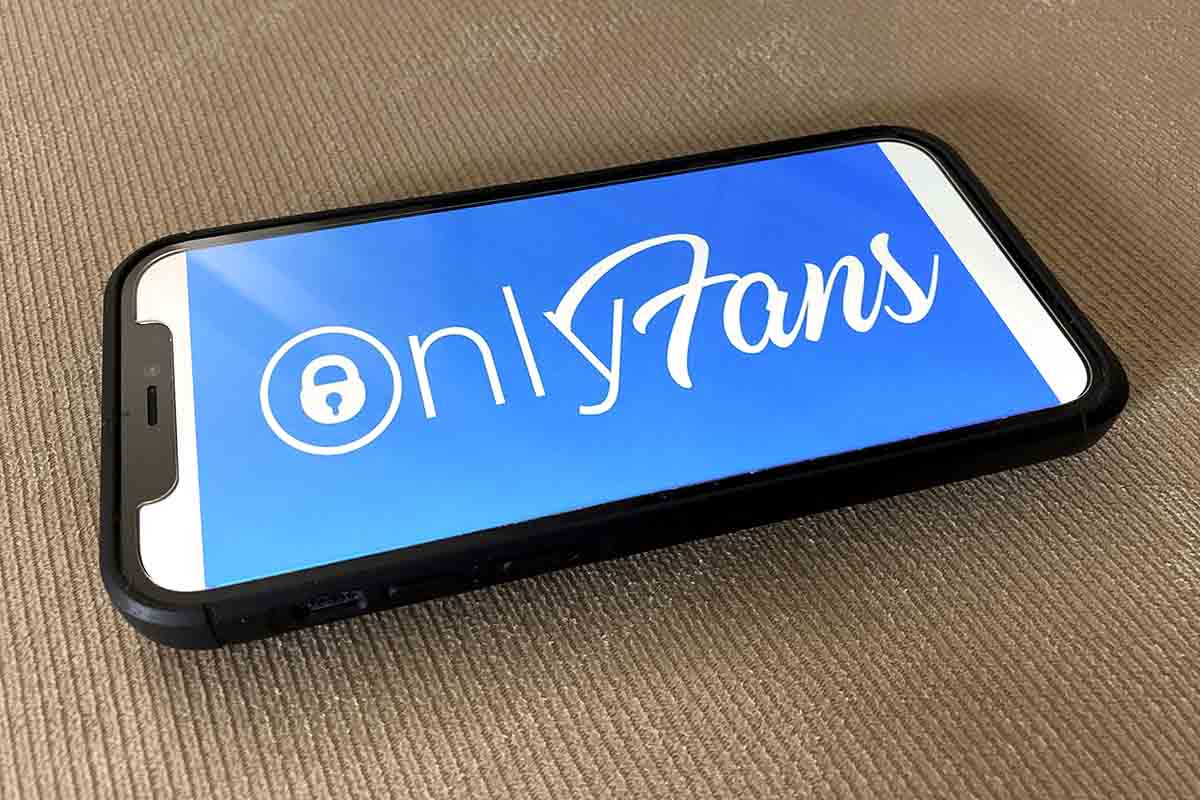 On Thursday, August 19, OnlyFans sent shockwaves across the internet after it announced that it will no longer allow sexually explicit content on the site beginning in October. With more than 130 million users and 2 million content creators, OnlyFans has become a safe haven for sex workers, many of whom turned to the platform after becoming unemployed due to the pandemic. The company has stated, however, that simple nudity will be allowed if it abides by all other site policies. Despite its popularity, especially during the pandemic, OnlyFans has had difficulty securing outside investors. Most companies are hesitant about investing in companies that host adult content. The company has stated that in order to be sustainable in the long run, investors are needed and changes must be made in order to secure the future.
Source: CNN 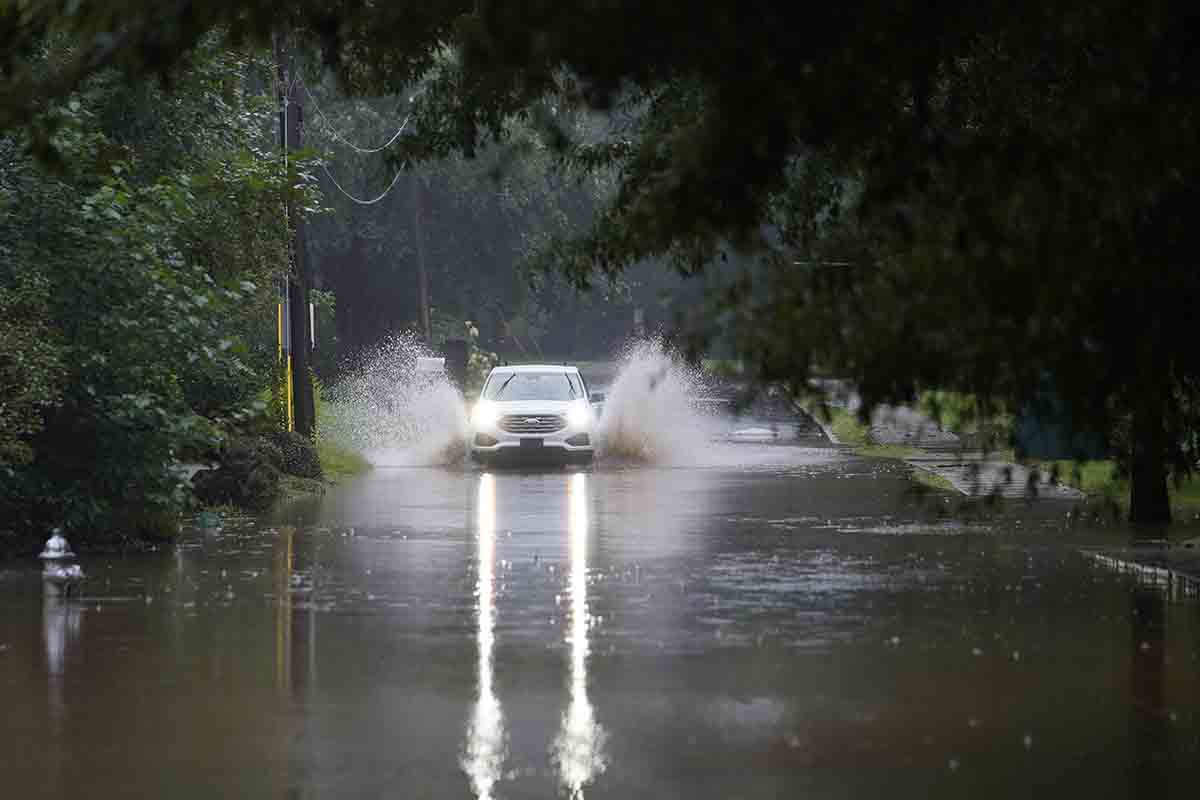 On Monday, August 16, Tropical Storm Fred made landfall in the Florida Panhandle. The storm was expected to bring thunderstorms, river flooding, and tornadoes, but has seemed to weaken since making landfall. A tropical storm warning has still been issued for Fred. Many schools across Florida cancelled classes for the day, but they are expected to resume tomorrow as the storm continues to weaken.[1] On Monday, August 16, Tropical Depression Grace looked menacing to the already devastated Haiti. So far, 1,297 people have died from the earthquake that hit Haiti last week. Now, it is predicted that Tropical Depression Grace will pass over the areas that have already been affected the worst. Rescue workers are attempting to beat the storm as hope for survivors remains strong. The heavy rain that is predicted could potentially cause landslides, which will greatly affect the rescue missions. Roads that have already been greatly damaged could also become unusable with the tropical storm. The entire area is under a tropical storm watch.[2] On Wednesday, August 18, at least 30 people were unaccounted for after Tropical Depression Fred hit North Carolina. Search and rescue missions are already in full effect as the state faces some intense flooding. Water levels are rising much faster than residents are accustomed to. As the storm continues, flooding is expected to worsen and there is a possibility of tornadoes.[3] That same day, it was reported that Tropical Depression Grace is now a hurricane that is set to hit Mexico twice. Winds have reached as high as 75 mph, with rip tides becoming life-threatening and a foot of rain predicted. Grace recently just passed over Haiti, which was just devastated by an earthquake that killed nearly 1,500 people.[4] On Wednesday, August 18, officials warned that Tropical Storm Henri is on the horizon and could hit the US northeast over the weekend. Though Henri may not make landfall, it is still expected to bring severe winds and heavy rains.[5] On Friday, August 20, hurricane warnings were posted across Long Island and New England as officials warned that tropical storm Henri will make landfall on Sunday. More than 4 million people have been placed under a hurricane warning. As of Friday, Henri was showing winds as high as 70 mph.[6] On Friday, August 20, Tropical Depression Fred hit North Carolina, killing four people and leaving five more missing. Rescue teams have been deployed as the area is devastated by flooding. More heavy rain could increase the number of those dead and those missing. Rescuers are using cell phone towers in an attempt to track people.[7]
Source: [1]CNN [2]BBC [3]CNN [4]CNN [5]CNN [6]CNN [7]CNN

Learn more about how weather happens