The world is a very busy place, and it's hard to stay on top of everything. Infoplease has got you covered. Here are the US news events you need to know so far for November 2021:

Tragedies Continue into the Third Week of November

Tragedies Continue into the Third Week of November 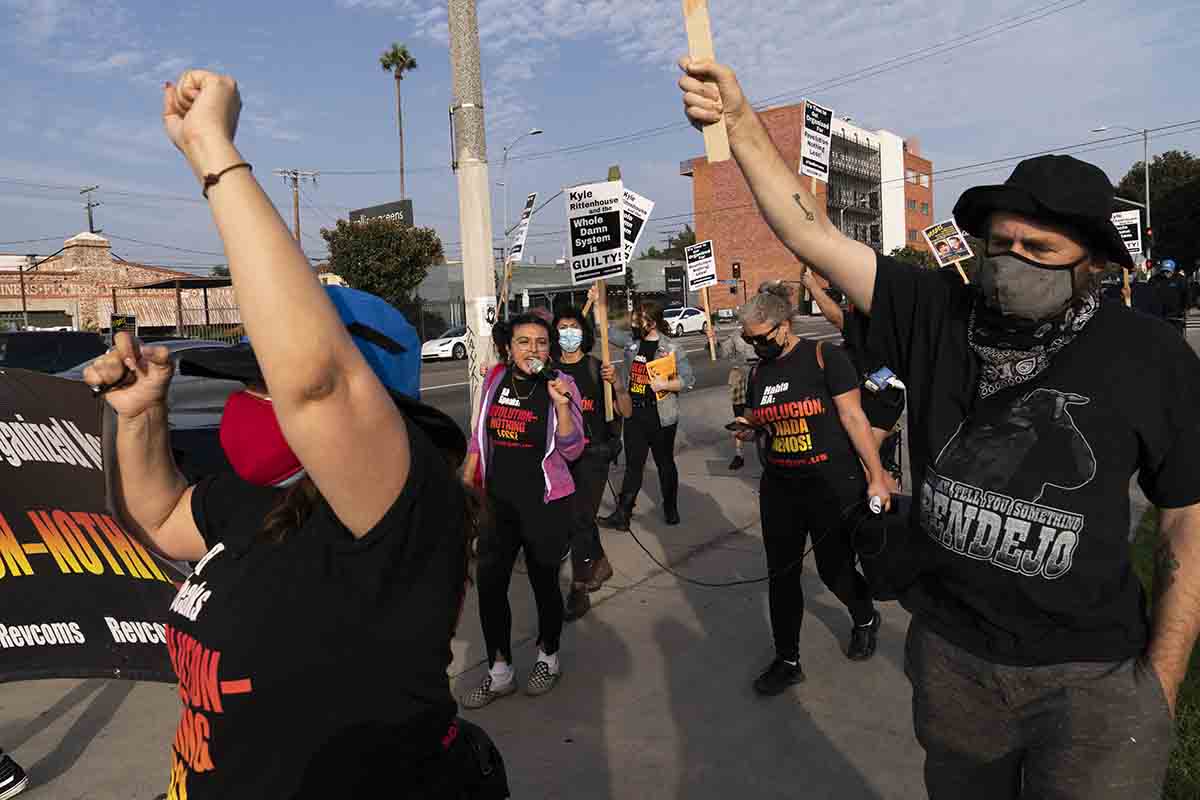 On Monday, November 15, the death toll for Astroworld rose to 10 after it was reported that a 9-year-old victim succumbed to his injuries. The boy was in a medically-induced coma as doctors tried to save his brain, liver, and lungs from the trauma they experienced.[1] On Monday, November 15, it was reported that four people in an Arizona trailer park were shot and killed the night before. While police don?t have much to go on, they do believe the act was intentional and instead most likely started as a confrontation between the two groups. Police are still looking for any information.[2] On Monday, November 15, at least 6 teens were wounded after a shooting at a park near a high school in Aurora, Colorado. The victims were between 14 and 18 years of age. Investigators found different types of shell casings and witnesses reported seeing multiple suspicious vehicles. While descriptions of the vehicles have been released, police have little other information.[3] On Saturday, November 20, authorities called for calm after the verdict in the Kyle Rittenhouse case came back as not guilty. Rioters in Portland threw rocks into buildings. New York and Chicago also saw protests, but they were much calmer and peaceful.[4] On Sunday, November 21, at least three people were arrested after dozens looted a Nordstrom near San Francisco. At least 80 people, filling 10 vehicles, were involved in the ransack.[5]
Source: [1]CNN [2]CNN [3]CNN [4]BBC [5]CNN 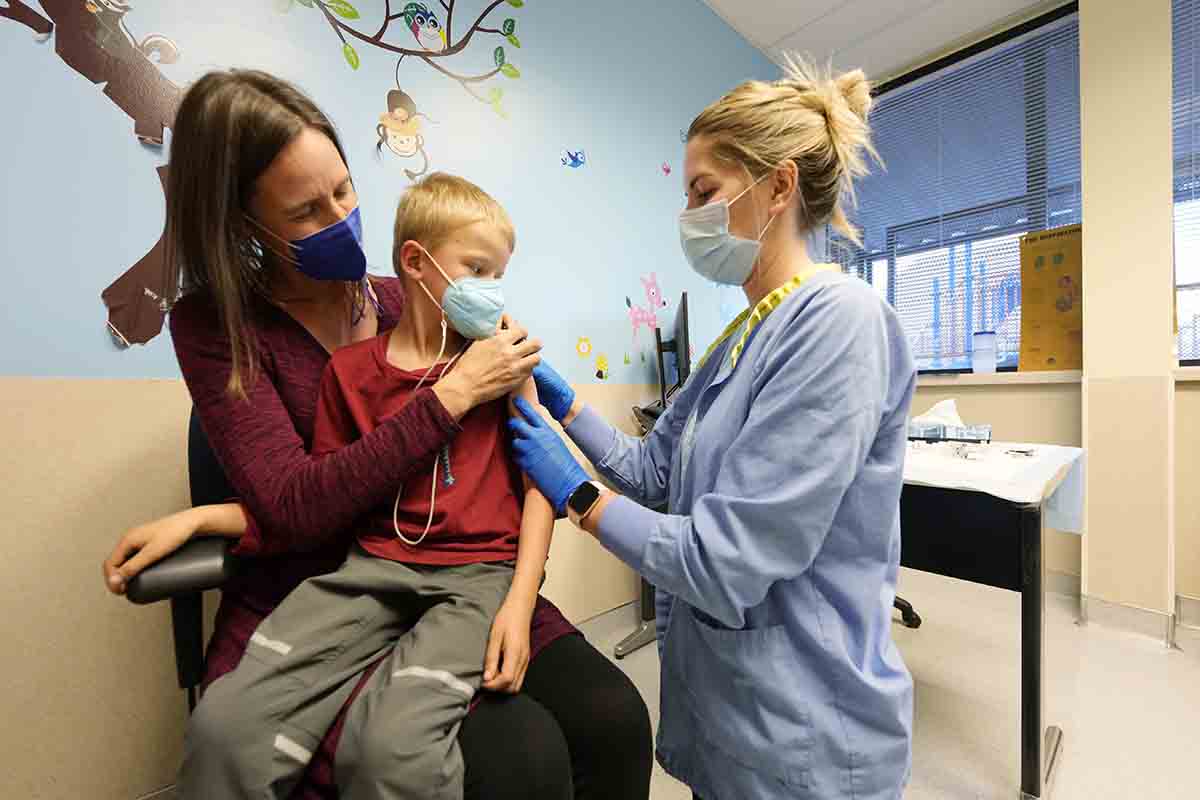 On Monday, November 15, Colorado announced that all attendees of large indoor events must now be vaccinated. The state is facing a large uptick in Covid cases and hospitals are at the brink of collapse. Gatherings of more than 500 people will now be required to show proof of vaccination.[1] On Wednesday, November 17, scientists confirmed that Covid-19 can spread among deer and other wildlife in the US. Researchers are worried that this means the virus can evolve in animals and then spill back into humans.[2] On Wednesday, November 18, the Biden Administration announced that it is planning to increase the manufacturing of vaccines in order to deliver them to underdeveloped countries. Though not all the kinks are worked out, the administration is working hard to put the plan into action as quickly as possible.[3]
Source: [1]CNN [2]CNN [3]CNN 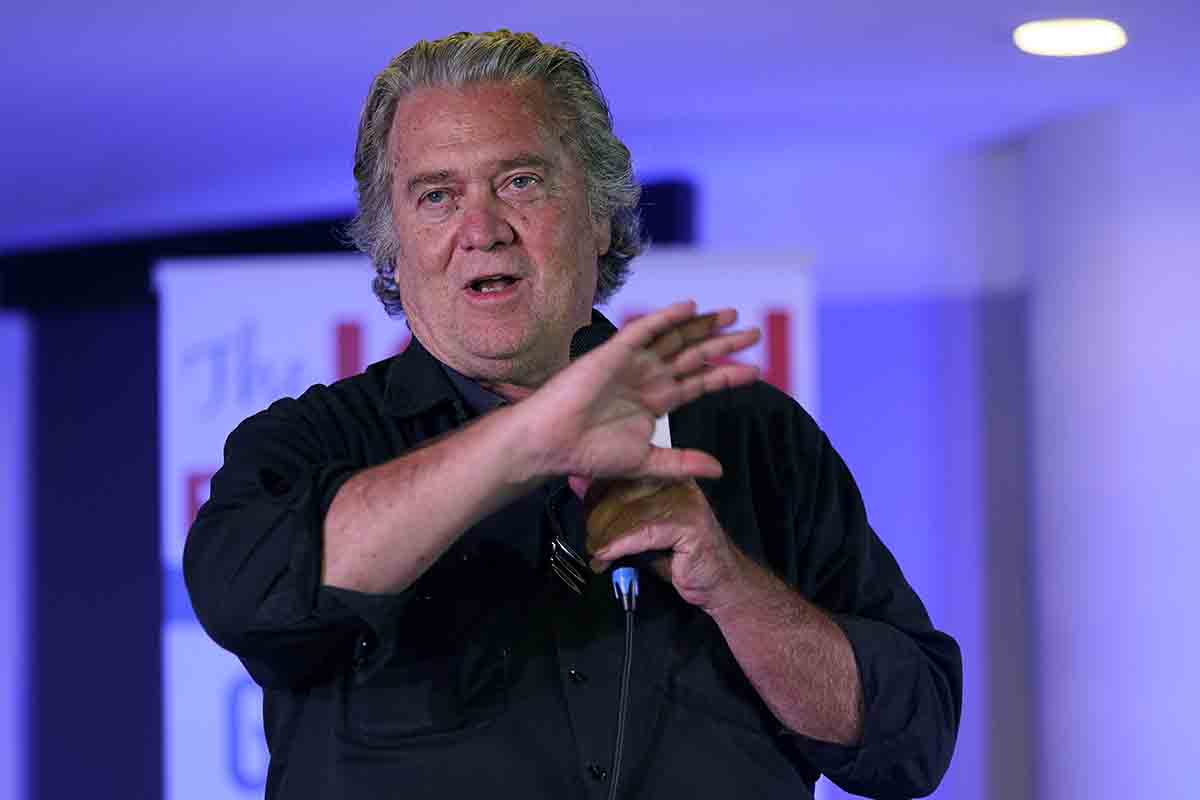 On Monday, November 8, six subpoenas were issued to top Trump campaign associates. Michael Flynn and John Eastman were two included on the list. Investigators are still hearing testimonies from witnesses in their sweeping probe. All people subpoenaed have until November 23 to submit the documents being asked for.[1] On Wednesday, November 10, it was reported that at least five people in former Vice President Pence?s inner circle are being sought out for information. It appears that Pence?s aides are more willing to talk to officials than previously thought.[2] On Friday, November 12, Prince Harry reported that he reached out to Jack Dorsey, Twitter boss, just a day before January 6, stating that the platform will allow for a coup. Harry has stated that he hasn?t heard from Dorsey since the attempted coup occurred.[3] On Saturday, November 13, Steve Bannon was charged with contempt of Congress after refusing to give information regarding January 6. Bannon could face up to a year in prison and a $100,000 fine for not cooperating.[4]
Source: [1]CNN [2]CNN [3]CNN [4]BBC 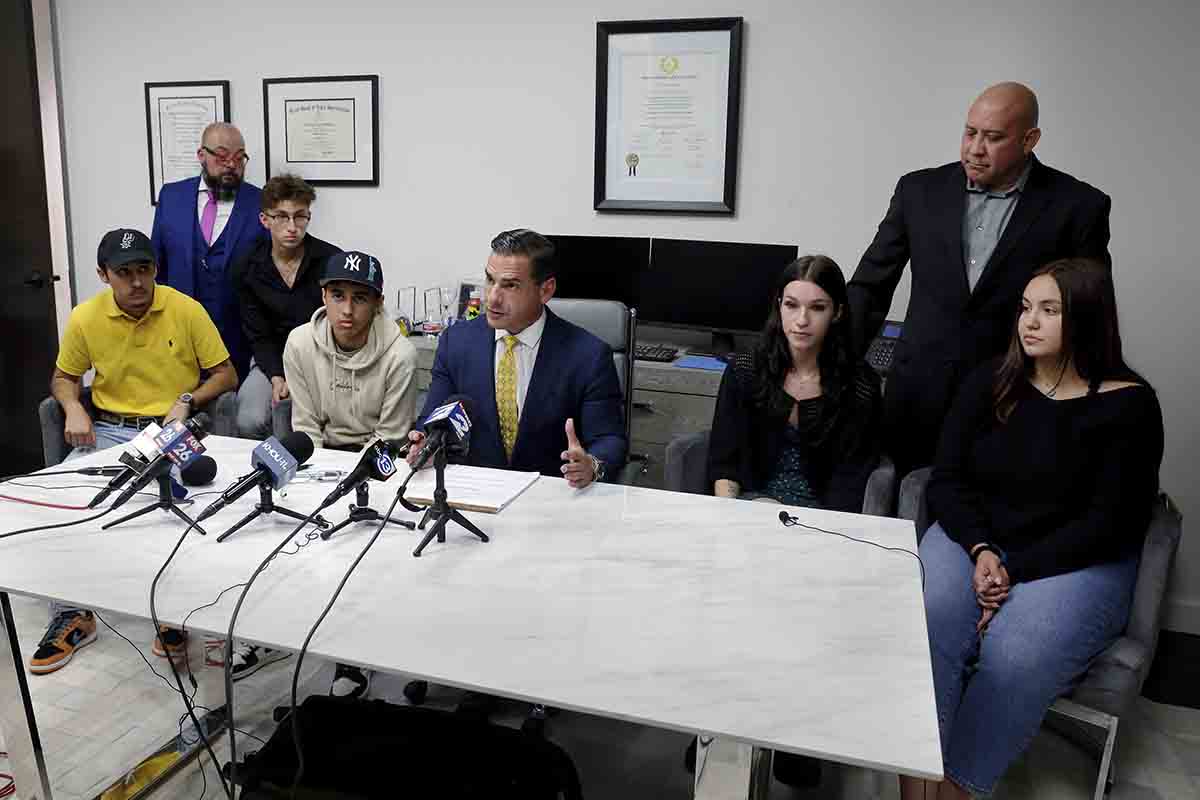 On Monday, November 8, Travis Scott and Drake were sued by concert goers, who claim the pair incited the crowd, eventually leading to the crush. That same day, Houston?s police chief reported that he had had a meeting with Scott regarding safety. A criminal investigation is currently underway, also including Live Nation and Scott?s security team.[1] Later that day, Scott announced that he plans to cover the funeral cost for all 8 victims, the youngest of whom was just 14. He also plans to partner with BetterHelp to provide mental health resources to those who were involved in the tragic event. Astroworld organizers are also working towards reimbursing everyone who attended Friday?s show and all those who had tickets for the cancelled Saturday show.[2]
Source: [1]CNN [2]CNN 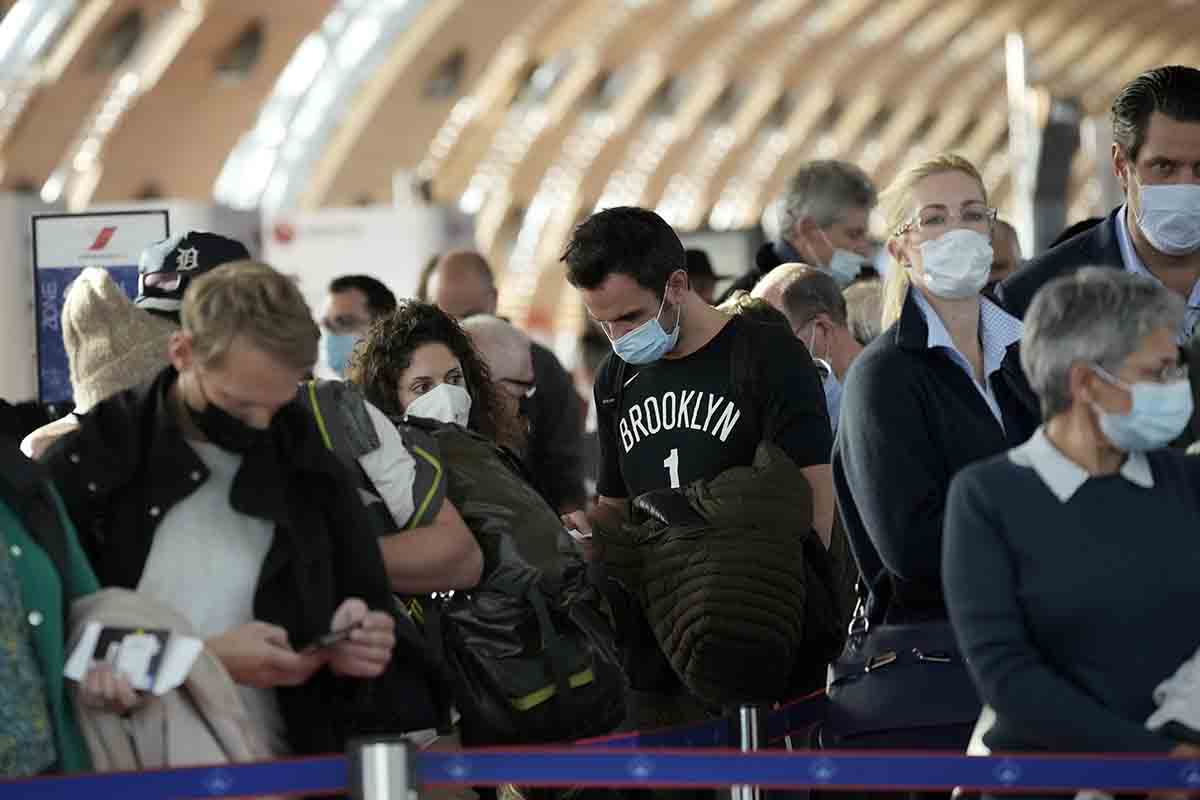 On Monday, November 8, the US officially reopened its borders to foreign travelers. Scenes of pure joy unfolded as the first international flights landed on US soil. After nearly 20 months apart, many families were reunited. Fully vaccinated travelers from 33 countries have now been granted access to the US.[1] On Monday, November 8, the White House released a statement saying that private companies should abide by the vaccine mandate despite the ongoing court battle. White House aides have stated they?re confident the court will eventually rule in their favor, so people should not wait to get vaccinated.[2] On Wednesday, November 10, two of Florida?s largest school districts lessened their mask protocols. This call comes weeks after the legal battle that occurred between these districts and Governor DeSantis. Covid-19 cases have been decreasing in Florida, so the districts feel comfortable relaxing some guidelines.[3] On Friday, November 12, officials announced that 3 snow leopards at Nebraska?s Lincoln Zoo have died from Covid-19 complications. The leopards and some tigers tested positive for the virus last month and were being treated.[4]
Source: [1]BBC [2]CNN [3]CNN [4]CNN 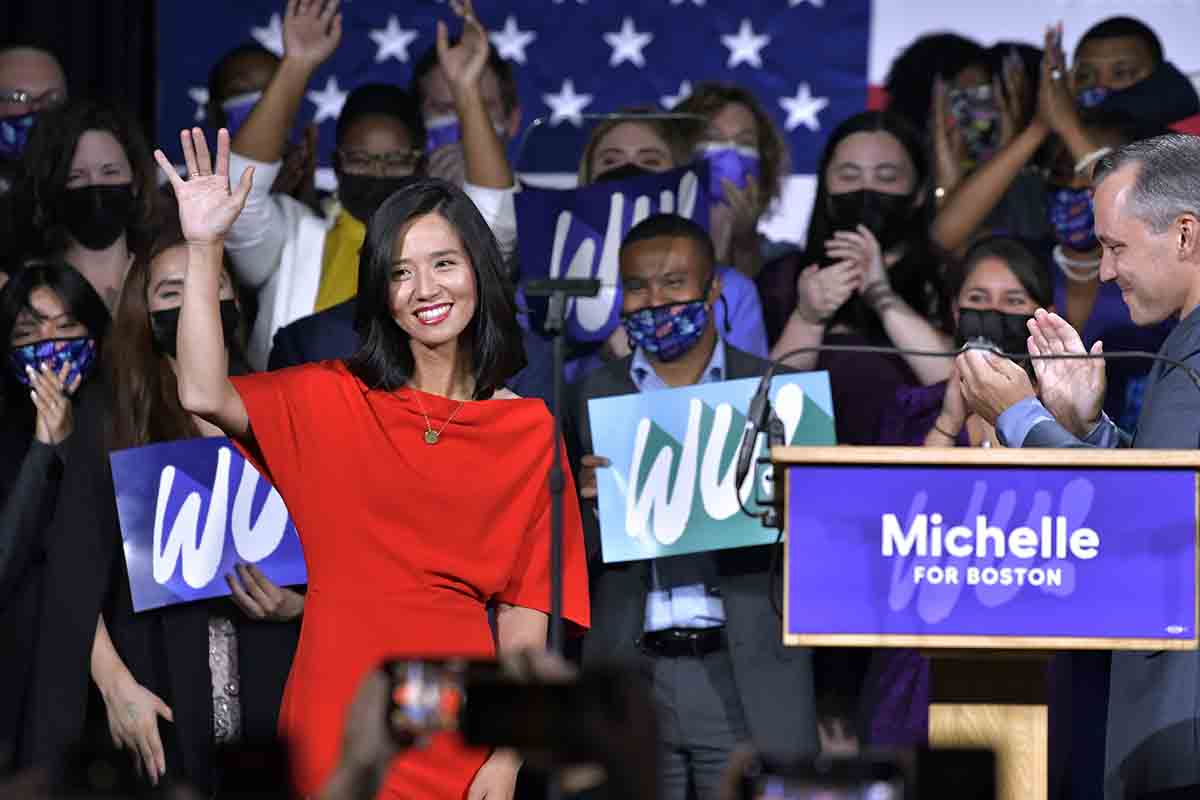 On Tuesday, November 2, the US saw some historic election wins. In what many call an upset, Virginia elected Republican-candidate Winsome Sears as its lieutenant governor. Sears is the first woman and first woman of color to hold a position in the state?s office. Following suit, Boston elected its first female and woman of color mayor, Michelle Wu. Cincinnati and Seattle elected their first Asian-American mayors, as well. Durham and New York City elected their first African American mayors.[1] On Friday, November 5, the House voted to pass a $1.2 trillion infrastructure bill that will now make its way to President Biden?s desk. Six House Democrats broke away from their party, voting no, and 13 Republicans broke away from their party to vote yes.[2]
Source: [1]CNN [2]CNN

Violence Continues to Surge into the New Month

Violence Continues to Surge into the New Month 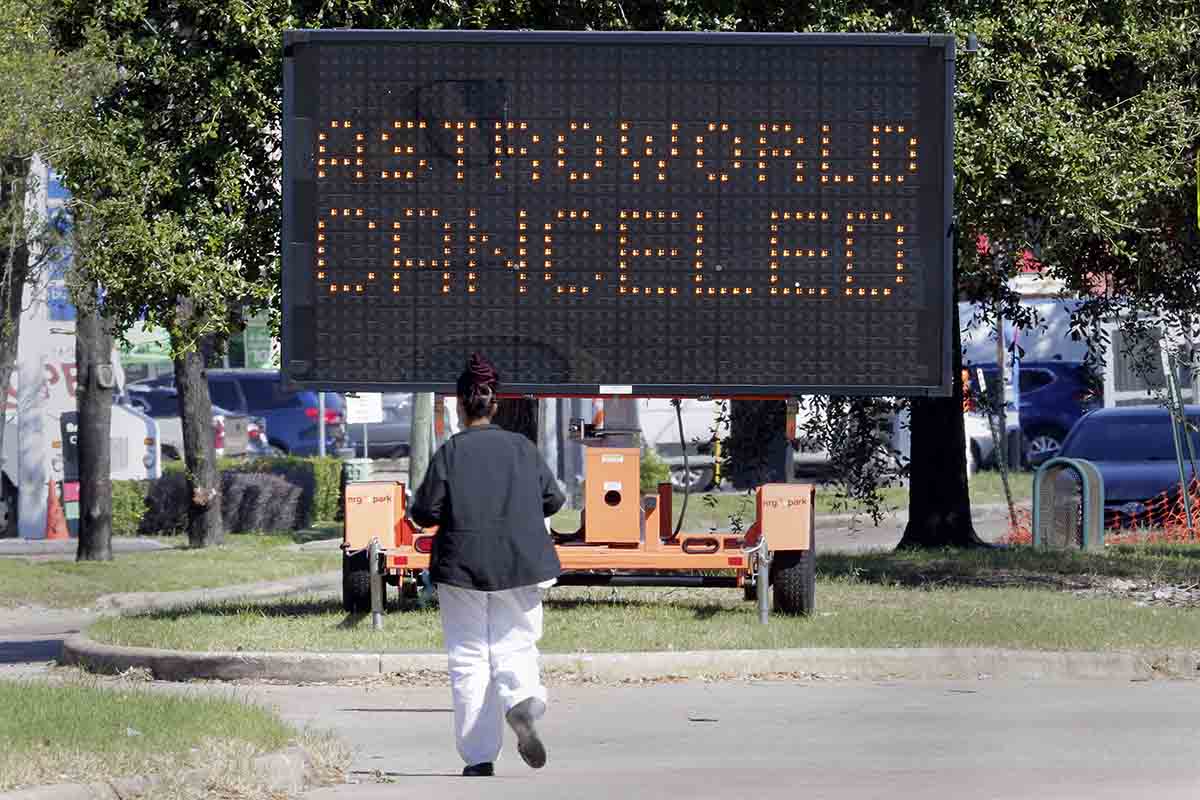 On Monday, November 1, CNN reported that there were at least 11 mass shootings over Halloween weekend. At least 12 people were killed and another 52 were injured. These numbers represent the increase in gun violence the US has seen since the pandemic began.[1] On Friday, November 5, at least 8 people died after a crowd surge at a Travis Scott concert. About 50,000 people were at the sold-out Astroworld concert in Houston. Live footage shows Scott pause during his performance as an ambulance with flashing lights makes its way through the crowd. Investigators are looking into the situation, but this is not the first time Scott?s Astroworld concert has been in headlines. In 2019, thousands were trampled after a crowd tried to enter the concert venue.[2]
Source: [1]CNN [2]CNN 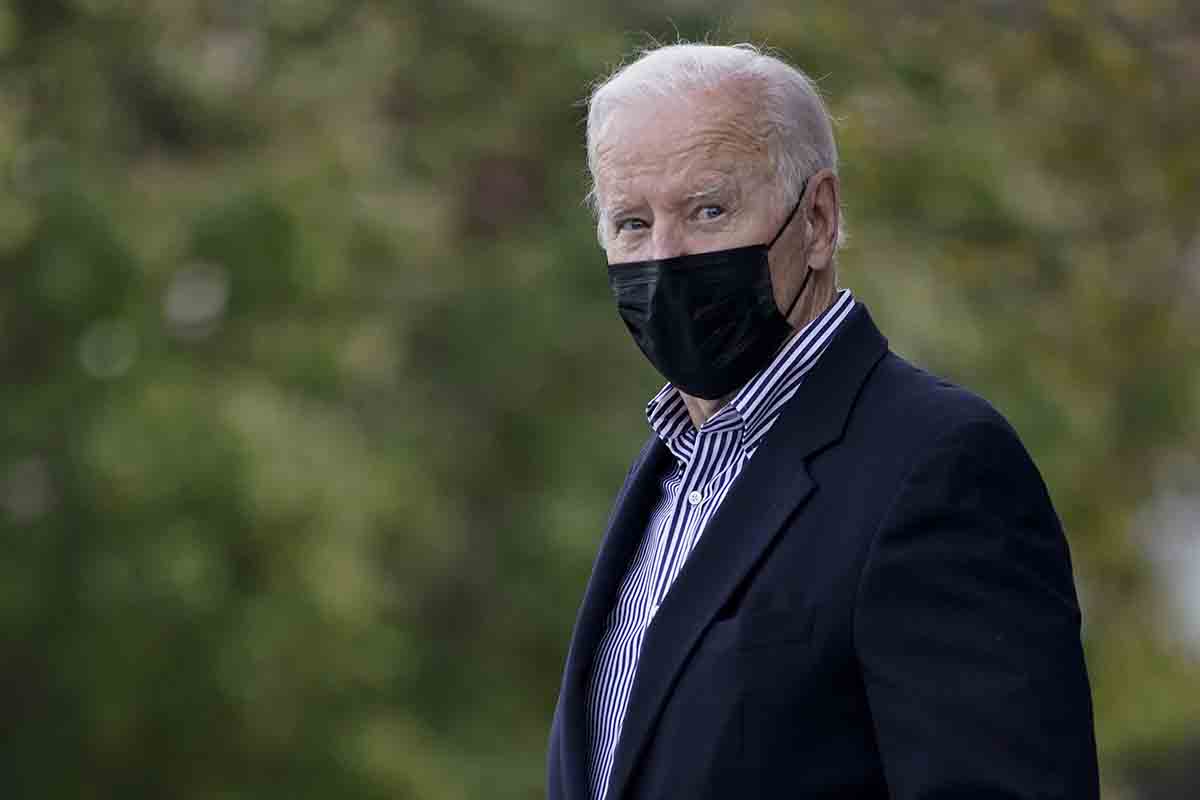 On Monday, November 1, President Biden?s emergency vaccine mandate was reviewed and approved by the Labor Department. A finalized review will be published in the coming days.[1] That same day, as Biden?s emergency mandate went into effect, hundreds of NYC firefighters called out sick. At least 2,300 firefighters for NYC called out on Monday. Many people calling in sick were protesting the vaccine mandate.[2] On Tuesday, November 2, Marjorie Taylor Greene was fined $48,000 for not wearing a mask on the House floor. This marks the 20th time Greene has been fined for not wearing a mask, causing the number of the fine to increase by $2,500 each time.[3] On Wednesday, November 3, LA?s County Sheriff warned that there would be a potential mass exodus of deputies if the vaccine mandate continues to stay in place. The sheriff is refusing to enforce the county mandate, which went into effect over one month ago.[4] On Saturday, November 6, a US court blocked President Biden?s vaccine mandate plan for businesses. The law, which would require private businesses with 100 or more employees to require vaccines or constantly test for Covid, has been temporarily blocked. The Biden Administration has until Monday to respond to the new ruling. If passed, it could hinder Biden?s plan to increase vaccination rates.[5]
Source: [1]CNN [2]CNN [3]CNN [4]CNN [5]BBC