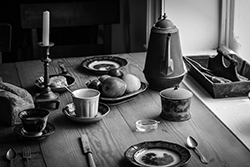 People today are always trying to find the next big ?wonder food? that will make them healthy and fit. While nutritional fads as we know them today are fairly new?the basic science of nutrition is only two hundred years old?fashions in eating have been a common thing for thousands of years. Infoplease is taking look back at historical fads, starting close to home at the turn of the twentieth century in the United States?in the future we will revisit this time period to discuss fads in other nations, across the Americas, Eurasia, and Africa.

The Turn of the Twentieth Century

The turn of the century was a time of significant social change, which changed the way Americans ate and produced food. Probably the most important change is the rise of urbanization; young people began moving into the cities, meaning that the small-time family farm became less viable and the country developed a larger urban population that was incapable of growing its own food. Both as a response to and as a cause of this change, there were many innovations in how food was stored and transported. The rise of preservatives (including, unfortunately, arsenic) and airtight packaging meant that food could be carted further and held for longer. The last significant change is complex and multi-faceted. The wealthy urban population wanted and could afford more variety in their diet now, and the means of preservation meant that people in, say, Boston, could now be shipped oranges from California in large quantities. This demand for exotic foods became tied up in the economic and military expansion of US influence in Latin America.

The Science of the Time

People?s relationship with science back then wasn?t much different from ours now. Modernity likes to fashion itself as above folk superstition by dressing up fads with ?energy,? ?ions,? and ?toxins,? but people across time have tried to base their diets off of the science available to them. They were no more prone to fads then than now. So what was the science at the time? Well, some significant differences were that there were far fewer GMOs, and those that existed weren't genetically-modified in a lab the way most present people would use the term. Scientists didn't have the same information we have now about protein structures. And there was generally less knowledge about the various chemicals the human body?this means that, for good and ill, there were fewer fortified foods. But the basic knowledge in the scientific community was there; did the public eat any smarter?

Here are some common nutritional fads from the time period, and the ideas behind them.

For more on these fads, read the following:

Annals Of Weight-Loss Gimmicks: From Bile Beans To Obesity Soap