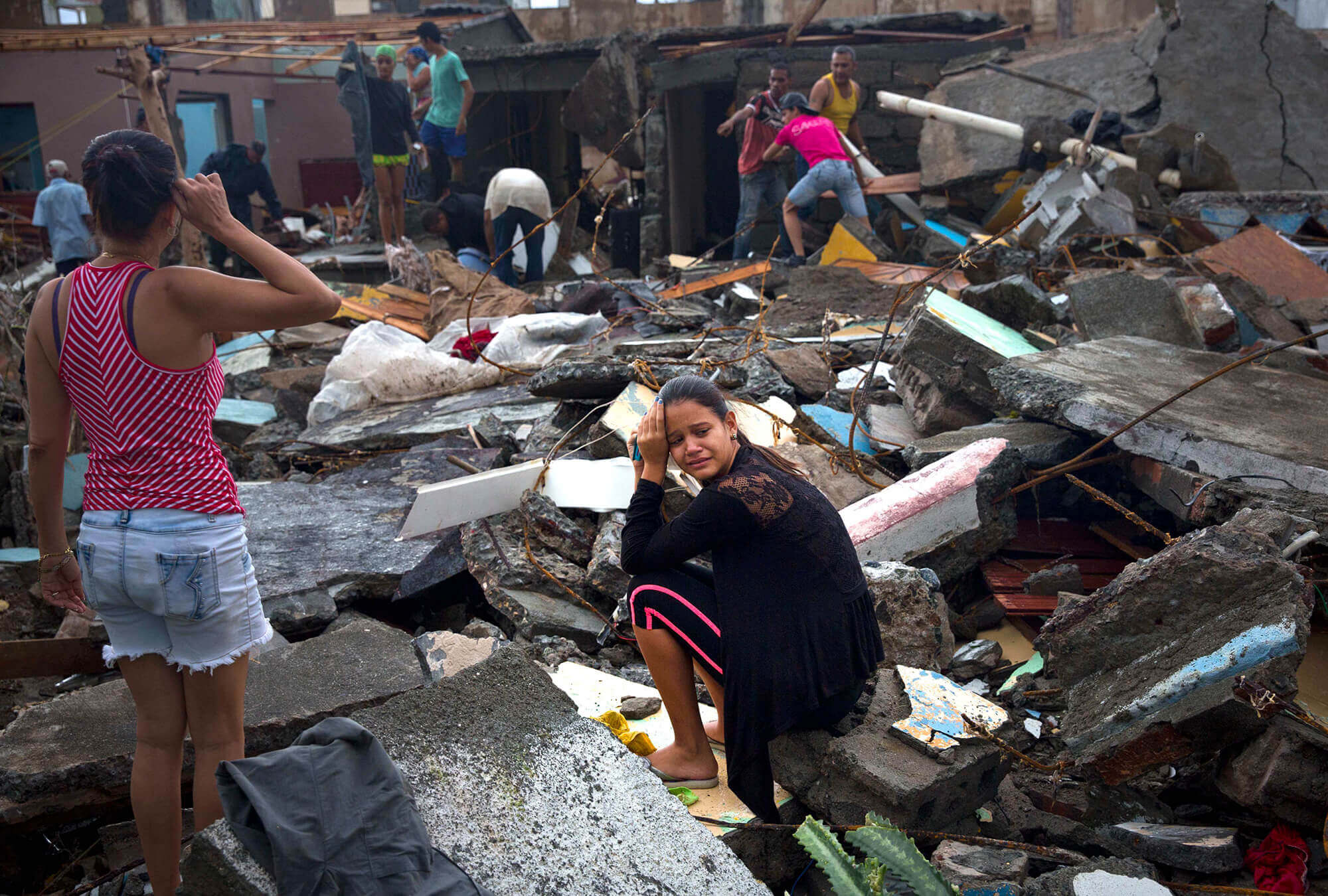 On October 4, 2016 Hurricane Matthew hit the island of Haiti as a level 5 hurricane, the highest level a hurricane can achieve. With winds up to 160 mph the hurricane destroyed thousands of homes and infrastructure throughout Haiti, completely wiping out towns, like Jeremie. It has been reported that almost 1,000 fatalities occurred because of Matthew. The hurricane then moved to the Bahamas, where winds died down to roughly 100 mph, making it a level 3/4 hurricane. After passing through the Grand Bahama Island the hurricane moved to the southeastern coast of the United States. Hurricane Matthew causes mandatory evacuations in Florida, Georgia, South Carolina, North Carolina. And although Hurricane Matthew died down to a level 1 hurricane when it officially made landfall in the United States, the hurricane caused historic flooding, resulting in 34 U.S. fatalities.
Photo source: AP Photo/Ramon Espinosa