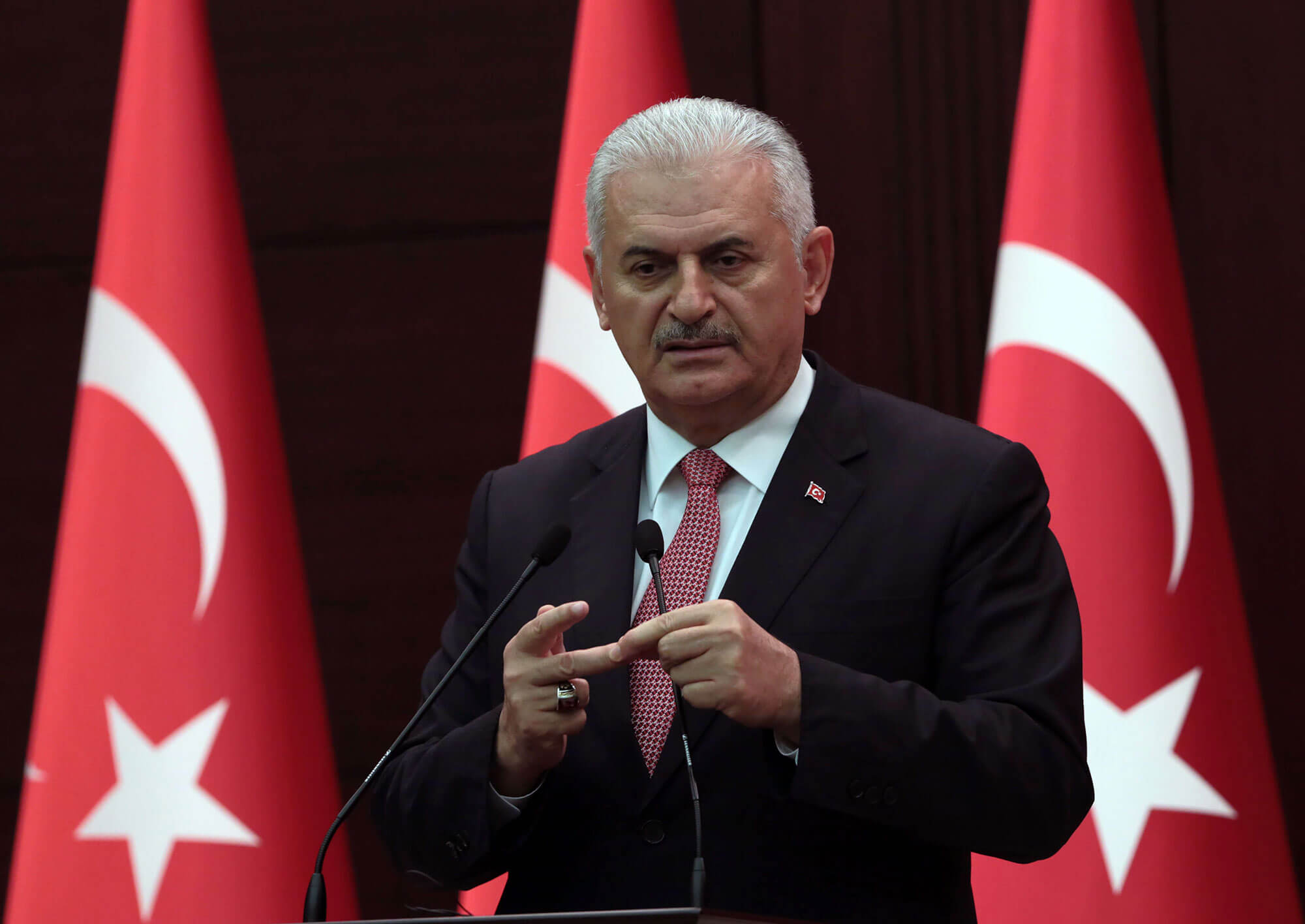 Turkey and Israel start making amends after years of fighting. The two countries were allies previous to 2009. But during the tenure of Turkish president Recep Tayyip Erdogan, the relationship began to deteriorate. Now years later, after many battles and bombings, the two countries are attempting to reform relations. The agreement of June 27, 2016, and is announced by Turkey's prime minister Binali Yildirim in Ankara, Turkey. The compromise agreement states that Turkey will relinquish access to the Gaza Strip, which has been blockaded by the Israeli Navy for years. And Israel will allow Turkey to have political offices in Hamas, as long as they only serve political issues and don't fund terrorism against Israel.
Photo source: AP Photo/Burhan Ozbilici