Shakespeare Through the Ages 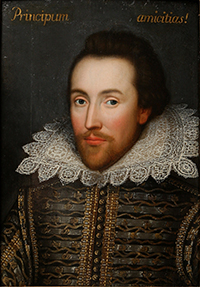 The Bard is inescapable. If you’ve been to an English-speaking secondary school, there’s an overwhelming chance that you or your loved ones have been exposed to hefty doses of Shakespeare. References to Shakespeare's plays and poems are everywhere in books, movies, television shows, and even in the words we use every day—words like “assassinate” (first recorded in Macbeth) and “bump” (first recorded in Romeo & Juliet). You certainly wouldn't be alone in wondering why Shakespeare is so famous, or what it is about him that resonates among the "Classics" crowd. "Oh, but you really must read Shakespeare." But Shakespeare hasn’t always enjoyed the acclaim and ubiquity he has today.

Shakespeare was writing at a time when playwrights weren’t usually widely respected individuals. Theaters of the time were rowdy places with eating, drinking, mingling, and even prostitution against the background of the play. A lot of Shakespeare’s words that now seem so flowery would have been like the speech of the peasantry, and the thirty-five plays are loaded with wide-reaching humor (sex jokes and references to bodily functions, for example). While this would ensure his popularity, and his eventual undying fame, the literate classes at the time would have been more likely to idolize writers like Sir Philip Sidney or Edmund Spenser. Shakespeare was more popular than many of his contemporaries, as evidenced by the fact that he was sponsored by Elizabeth I and James I, but it didn’t approach the renown of later centuries.

When Shakespeare died, his works were compiled and he was memorialized by some of the other great writers of the time, Ben Jonson and John Milton. This marked a big shift in the course of Shakespeare for two reasons. First was that the praise of these two writers—especially from Milton, who would go on to write Paradise Lost—legitimized his literary merit, and they were some of the first to call him the best poet of the time. Second was that only rich people could really afford these kinds of books as opposed to the widely accessible plays. This was the root of the Shakespeare of the stage, which was still targeted at the masses, and the written ‘poetic’ Shakespeare that was read and studied by the wealthy.

Oliver Cromwell and the Puritans hated the theater (for the above reasons of depravity and prostitution). When they overthrew the monarchy and executed Charles I, they soon went after the theaters. The Globe Theater, where Shakespeare performed, was singled out and burned down. The written Shakespeare continued to be read by the upper classes the same as he was before, but the common people could only see “droll” performances of particular comic scenes. So, when the Restoration came and brought the happy, vulgar Restoration Comedies, the happy, vulgar Shakespeare made a huge comeback among a viewing public that had been denied their entertainment for years.

In the Empire & Abroad

Shakespeare continued to diverge, which is part of what situates him in such a unique level of acclaim. The stage performances would incorporate big loud special effects like fireworks and lightning, tragedies like King Lear would be rewritten to have happy endings, and some were adapted into grand operas (which, strange as it may sound now, were huge public spectacles that commoners would enjoy). The common Shakespeare was more popular than ever. And the literate of England came to seriously appreciate how Shakespeare’s ‘unlearned’ plays were broke the accepted rules of drama. Even though they were essentially partaking of entirely different products, they both named them "Shakespeare," and in that way he could at once occupy a space of high renown and mass appeal. This dual popularity crossed borders through English merchants and performers, and Shakespeare would remain a cultural mainstay in the expanding British Empire.

The Romantics to Now

The final big push in Shakespeare’s reputation came with the Romantic period of English literature. The Romantics positively adored Shakespeare (giving us the great word “bardolatry”) and were the first group to definitively declare Shakespeare as ‘the greatest poet.’ And so the climate at the time was that productions of Shakespeare were guaranteed hits with the masses, the rich and the educated also loved Shakespeare, and English/Anglo-American cultural influence was growing across the world. History gave the perfect storm for Shakespeare to become what he is now, due largely to his common appeal. How tragic, then, that the theater today is increasingly seen as something not for the poor or less educated. The next time someone comes at you with a snooty piece about “Shakespeare,” remember that what has always made the Bard special—lost as it may be in four hundred years of language drift—is that he appealed to the everyone, not just the elite.

For more information, read Becoming Shakespeare: The Strange Afterlife That Turned a Provincial Playwright into the Bard.